2017 is set to have many emerging market trends for 3D printing industry. As the 3D printers become more affordable, engineers are developing new printing techniques and applications for additive manufacturing (AM). Below are some trends to follow for 2017.

Apple fans are buzzing about the possibility of Apple bringing a 3D printer to the market. While a Apple 3D printer would bring wide scale recondition to the desktop 3D printer market, Apple will likely lock the printer in proprietary software and exclusive printer designs. Apple fanatics would jump to add the printer to their collection of Apple products, but the proprietary lock down of an Apple printer would deter buyers in the wider 3D printer market. Apple may use the new 3MF file format to distinguish their printers in desktop market.

HP is better positioned to produce an affordable line of desktop 3D printers. Right now they have a lead over other commercial printers with their multi jet fusion technology. While the commercial printers are a great initial market for HP, they would find the domestic market receptive to a affordable desktop printer.

Prusa i3 printers have made great gains the past year in the desktop printer market, producing a solid model that is easy to modify and tinker with. Both the kit and assemble printers have amassed a large following in the 3D world.

Lulzbot has likewise emerged strong this year with the Taz 6, and their new MOARstruder tool head that greatly increases the speed and output of their standard extruders.

Ultimaker has made waves with the Ultimaker 3, featuring standard dual extruders , great quality and a strong foundation from its earlier versions. Ultimaker is set as a printer company with a solid foothold in the desktop market.

Microsoft is combining HoloLense technology with 3D printing. By combining 3D modeling with 3D printing, it is possible to 3D model in augmented reality. This may have more industrial than domestic appeal, but the applications for AR and 3D printing can appeal to architecture and engineering firms.

3D scanners that integrate with mobile devices like the Structure Sensor for ipad will bring portable scanning to a greater market.

3MF is a new file format for 3D printing that address the technical shortcomings of current file formats like .stl and .amf. For 3D modelers, it can eliminate the dreaded manifold errors and frustrations caused by bad files. It also provides industrial control over the files, the help eliminate possible security issues that are arising in the 3D printing sector.

Filaments this year are like following beer microbreweries, with big filament manufactures like ColorFabb and eSun  competing with startups to produce innovative filaments. While PLA’s will be the bread and butter for any company, innovative composite filaments will be the flagships for any new company.

Domestic filament producers in each country will have a market edge if they can produce competitive filaments at lower prices.

Artistic filaments with different finishes like Proto-Pasta’s Matte Finish  or Beaver glossy finish may have market appeal if companies generate some interest.

Other Companies like 3R3DTM  have expand the filament market with releases of different types of plastics, including PET from recycled plastic bottles, PLA / Ash  and other innovative composites.

Economy is going to be a larger consideration for craft 3D printers, and economy sized spools of filament like the economy line from ColorFabb will serve print farms well. Airbus is taking over the sky’s with the A-300 series of airliners. Made with  3D printed parts, they are able to cut cost and weight of their airliners.

Makerbot has become the morality story of 3D printing. What started as a solid 3D printer company spiraled down the drain when they flooded the market with their disastrous 5th generation printers . Recently they announce all their US facilities would be closed, and their production sold overseas. This is the final nail in the coffin for Makerbot, as they have no market trust, and have burned the desktop printer market they helped create.

Stratasys has taken a market hit this year after they suffered the blow back from their hyped acquisition of Makerbot. While they have made market advances in their partnerships with industrial companies, their company has been brought down by Makerbot.

Carbon3D has shot themselves in the foot with the pricing of their M1 printers leases. The CLIP technology is amazing, and the industrial and home printer market would clamor for the high speed technology. Carbon3D has ignored this, and has leased their 3D printers so high ($40,000 a year lease, 3 years minimum) that only multinational companies can justify the subscription. While this may give them access to deep pockets, the industrial market they target is limited. If they can produce a CLIP printer in the $2k – $5k range, the industrial markets and small business markets would purchase the machines.

KickStarter based printers have been the bane of the 3D printer world. They seem so promising with many technical innovations, but many turn into alternative facts of 3D printers. Recently they had to pull the funding for the NexD1 campaign after allegations of fake video performances and no working printer surfaced.

As great as it may seem to crowdfund a 3D printer with great technical promise, KickStarter simply has not delivered on many of the 3D printers it has hyped. 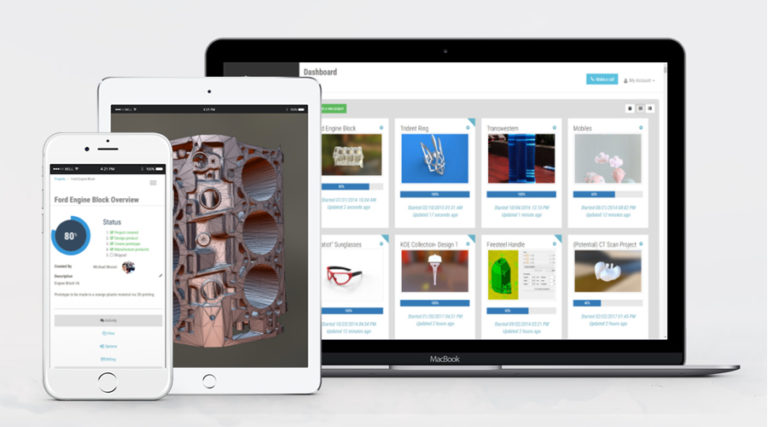