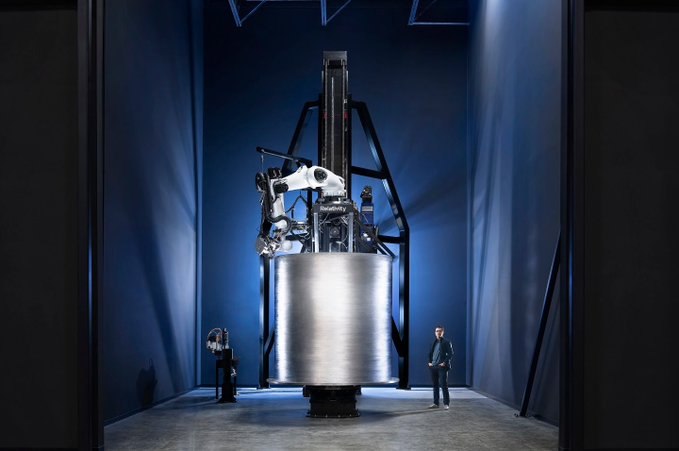 The first 3D printing factory Relativity Space is making history by printing rockets in days and not years.  After moving to their new location in Long Beach, California they have already started to manufacture rockets.

Their vice president is Zack Dunn previously working for Elon Musk of SpaceX fame for almost 13 years.  Now he is in charge of launch and production.  Dunn is extremely happy with what Relativity Space has achieved.

Relativity Space has already begun the process of printing a Terran 1 model of rockets.  An astounding 95% of the rocket will be 3D printed with only the electrical systems not being printed.  They stated that they will be able to have a new rocket on the Launchpad within 60 days of the printing start.

The CEO Tim Ellis stated that they currently were using seven third-generation 3D printers.  He was quoted, “The new printers are operational and actually printing our first flight parts right now, so we have several printers building the first rocket we’re actually going to fly to orbit. We’re building our first stage for our first flight, as well as the second stage which we started a few weeks ago.”

Once the rockets are built and on the Launchpad, Terran 1 will be 115 feet tall.  Relativity Space decided to print the rocket in sections and run the printers in parallel in order to save time.

Dunn was quoted as saying, “We’re able to print on each printer a foot [of metal] a day, so when we’re running on all the printers together we’ll be able to print a rocket in less than a month.”

They have even designed their own custom aluminum alloy, which they have refined over years of development.  Their use of 3D printing has drawn skepticism from their competitors who have all delved into additive printing but still use older methods from 60 years ago for most of their builds.

So, with industry finial getting involved and not afraid to try new things.  We just might see more missions to Mars, the Moon, and beyond in the future.  Who knew what an impact 3D printing would have in space!