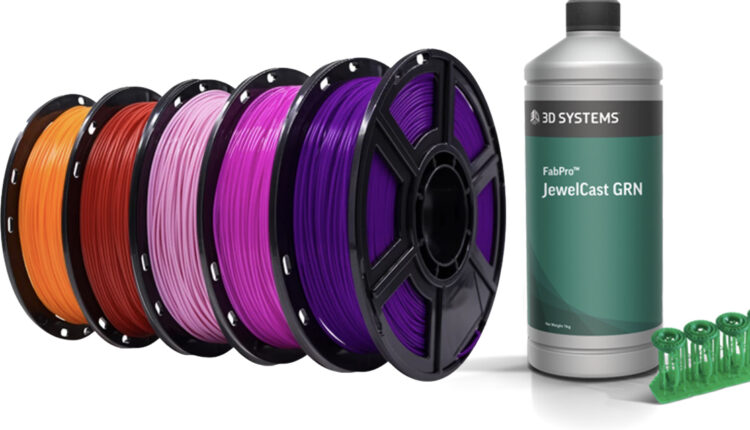 In a market with a diverse range of options,
a beginner in the additive manufacturing space seeking to build a career or a hobby out of 3d printing would most likely be looking for the right type of material to print with.

Filament is an important part of 3D printing and may be thought of as additive manufacturing’s food source.
The large choice of filaments that can be used for 3D printing has influenced the expansion of the 3D space.

The core of 3D printing is filaments,

ABS and PLA filaments are the most widely used of the many different types of filaments available.
Most popular among filaments, PLA (polylactic acid) and ABS (acrylonitrile butadiene styrene) filaments can cost anywhere between $40 and $75 per kilogram.

Contents hide
1 PLA and ABS
2 How to tell if a filament has gone bad
2.1 Related

PLA quickly gained popularity as a result of its cost-effective production from renewable resources.

The PLA plastic material is delivered on a spool and fed into the extruder head, where it is melted and placed in a continuous extrusion on the printing tray.
This 3D printing filament is a cost-effective and adaptable material. Prototypes, patterns, tooling parts, and end-use parts are all simple to make with it.
ABS filament is generally regarded as dangerous for use in food-contact applications.

That’s because ABS includes harmful toxins that can contaminate your food and, as a result, you.

Corn starch is used to make natural PLA, which is generally regarded as food safe. It’s a little more complicated than that, though. Some producers will add extra compounds to the filament — for colour, strength, or other reasons — that make it harmful to eat.

Some PLA filaments are labelled as food-safe, but you should always verify with the manufacturer first.
For Those looking to delve into food-safe FDM printing, the more popular questions about safety concerns include
is PLA food safe?
is ABS food safe?
A rather straight answer would be
it depends.

PLA, PP, co-polyester, PET, PET-G, HIPS, and nylon-6, as well as select ABS, ASA, and PEI brands, are all food-safe 3D printing filaments. Because PET, nylon, and PLA soften and distort around 60–70 °C, running pieces through the dishwasher eliminates them. Co-polyester, High-Temperature PLA, or PEI are best for applications involving hot liquids.

How to tell if a filament has gone bad

Although 3D printer filament has an expiration date, it is still feasible to restore and 3D print with old filament. To ensure that any moisture is eliminated from the filament, it should be dried. Your printing quality will most likely suffer as a result, and the final prints will be more brittle.

You’ll also need to keep your filament safe from extreme heat, sunshine, and other factors such as dropping it or flinging it around carelessly.

Conflux is the supplier of choice for Dallara’s innovative 3D printed heat exchangers.