I have been thinking about the future of home 3D printing. I have only had a 3d printer for a couple years now but I have been following the community for far longer. The days when home brew machines used weed eater line and printers looked more like an evil erector set, out to burn your house down and less like something you might want in your house around your kids. It’s safe to say I have seen a lot of advancements in the past few years and yet we still aren’t seeing as much in the way of adoption by the masses. When the microwave oven first came out it was just barely safe to use. People bought it none the less. Now there are many reasons why it took off so well most of which can be summed up with marketing. It was also a time when everyone looked to the future with hope, so when a box promising to make your dinners in less than half the time came out we ignored the fact that the earliest models had poor shielding and safety’s that could easily harm you or worse. These days microwaves are relatively safe, I say that because the food that comes out of them isn’t fit for human consumption IMO.

Today we live in the 21st century and most of us grew up with the promise of a StarTrek replicator in our future. Yet 3D printing is still a fringe item. Aside from needing better marketing, I feel that there are a few things that need to happen For home 3D printing and start being adopted by mainstream users.

We have Thingiverse and other sites but you will quickly get bored of a 3d printer if you just print off these sites. What we need is a site that its only purpose is to make 3d models for consumers to print. I’m not talking about sharing models. I mean you pay a subscription to access models of consumer goods. Housewares,tools,Toys,etc. Everything would be modeled with detailed instructions on how to print and what to print it out of along with suggested machines for best results. I can’t tell you how many times I have found a great model only to have a failed print because they didn’t mention that I needed to modify my cooling  or use more infill. A person being paid to model with the intent to print would also add supports right into to the models and to make them easier to print. We have a lot of sites that do a some of that but not a complete system. You would have modelers making new prints often and quality control testers making sure prints come out well on most machines and an easy to use interface that would allow people to quickly find what they need or request a model be made (for an extra fee). No more scrolling through 12 pages of models to find that one thing you need.

I enjoy modeling things but a consumer is going to want to sit down do a quick search and hit print. Most people don’t want to learn to 3d model they just want to print stuff. To do that we need a proper storefront with employees whose job is to make models for 3d printing at a consumer level.

We are just starting to see printers capable of this. Either with a separate machine that splices filaments together or some machines with multi-head extruders. but what we need is a system that can blend them Like an ink jet printer That way you can just by the basic color pallet and blend a rainbow of colors.  Rova3d Is really the first that I have seen to address this. With a machine like that could make very nice full-color prints. This is the first big step in making a printer in every home a possibility. Prints would look less like toys and more like real world items.

Here is where we really start creating Real world models. The problem with 3d printing mechanical parts is how the print bears a load.

Non-planar printed parts seem to be stronger than their planar counterparts. You may be skeptical about this — although the varying orientation of the contact surfaces between layers could lead to a more uniform resistance to tensile stress. Planar printed FDM parts are typically less resistant to tensile stress along the build direction axis than they are along the other two dimensions, which can lead to delamination. Interlocking, non-planar layers can distribute tensile forces into a compound of tensile and shearing forces, with the latter being a particular strength of FDM printed parts.

We have machines that work, now is the time to start refining how they work. To get a printer in every home We need them to be able to make things that don’t just look good. They need to have the ability to print tools that will take a load and replacement parts for things around the house. People need to have access to Prints 24/7 that are quality. The microwave just had to cook faster than other methods. 3d printers have a much steeper hill to climb if they are to make it into every home. The biggest thing We as consumers need to do is start demanding more from printer manufacturers 2000$ for a 3d printer is crazy when you can get quality printers for 300 these days if you are willing to do some assembly. For 2000$ I should have full color and non-planar machines. in a total package. Email your favorite Printer manufacturer and demand more. Otherwise, it will be 10 more years before they make them. If the demand isn’t there They won’t make the effort to build them. 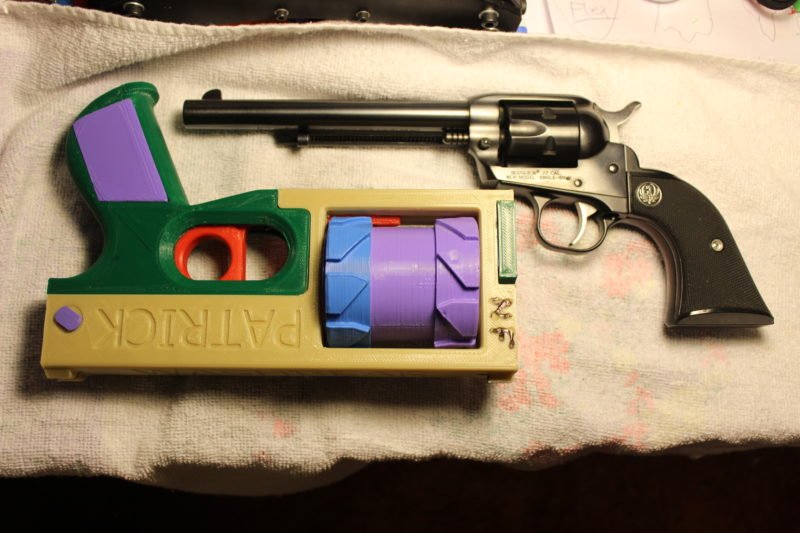