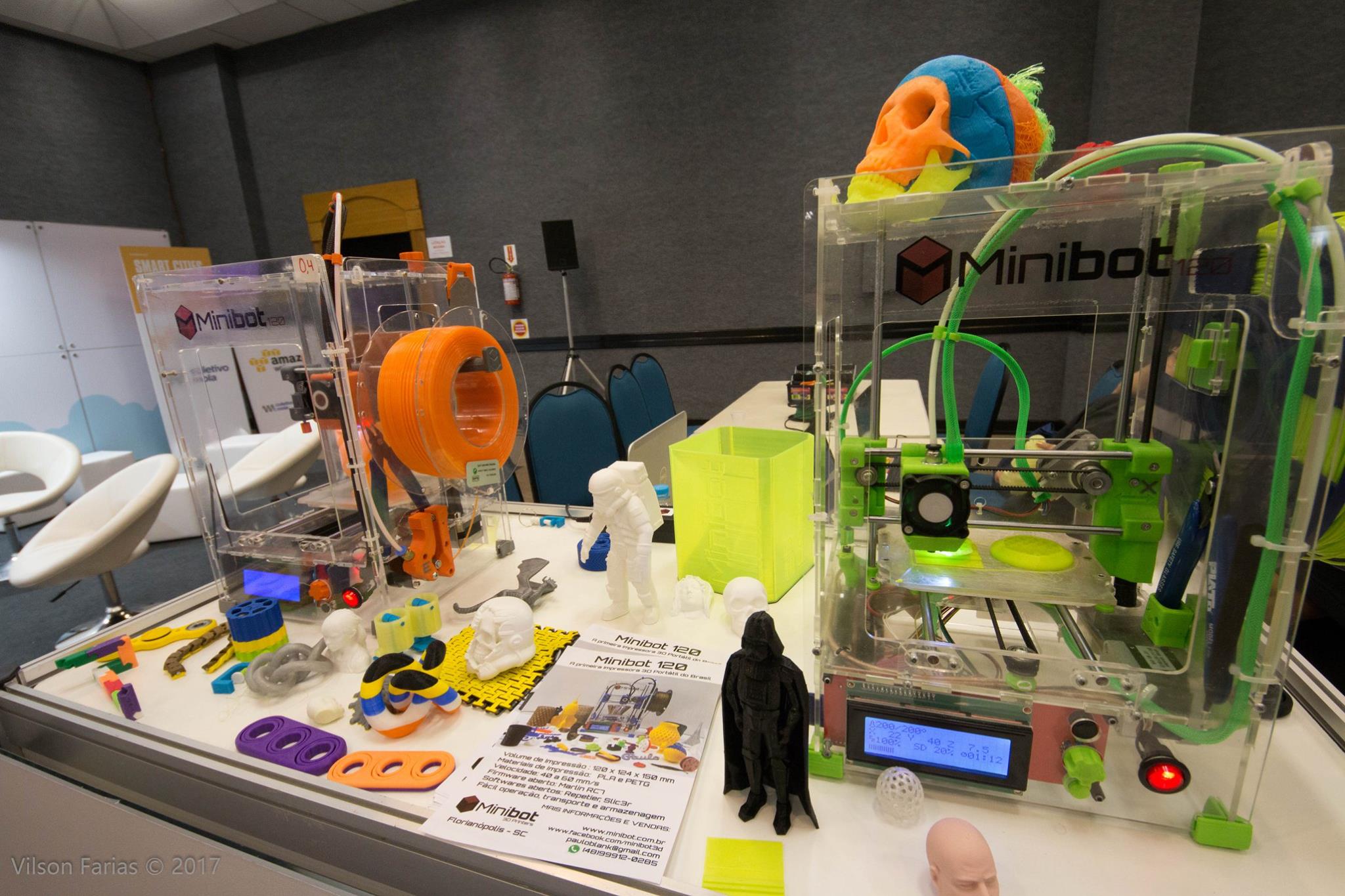 Most you may know that I’m from Brazil. And we do have a great market of national products for 3DPrinting, but like others, the Chinese market obfuscates the small ones like ours.

And I started a campaign that I want to show to the world, all the good stuff that we produce here, besides our bad politicians.

This is the first of a series that I’ll try to keep writing about the Brazilian market for this hobby that we love.

The first interview is with Paulo Blank, from the Minibot project:

Q:  How the Minibot project started?

A: The idea came inspired by the Tinyboy project, in February of 2016. I was amused by the picture of Taiwanese kids assembling Tinyboys at school, I wondered it could be feasible in Brazil. But the Tinyboy printer was too small and simple, so I decided to make a much better design with standard RepRap parts like Nema17 steppers and Arduino Mega +Ramps board, and finally a better build volume to reach other markets.

Q: As you mentioned, the project was inspired on the OpenSource of the Tinyboy, How that worked?

A: I liked the concept of a very compact hotend assembly with a single fan, a single Z motor, a big build volume compared to the external dimensions. I’ve downloaded the Tinyboy 3D files but didn’t use any part. Q: What are the challenges of fabrication in Brazil?

A: I believe Brazil is the most closed country related to international trade. The government makes it very very hard for technology companies to survive, especially hardware companies. Very high taxes and bureaucracy make things almost unviable, expensive and not competitive with other countries. Labor cost, shipping cost, regulations, all make it very hard to have such a business in Brazil, near to impossible.

Q: I heard that the fabrication of this printer, is all crafted, how it works?

A: In order to keep costs down, I run the business in the basement of my house. During many years I bought many hardware tools like a lathe, milling machine and many hands and electric tools. I knew someday I’d use them for something nice and useful. So the process of building a 3D printer is very time consuming and mechanical hardware intensive. I import most hardware from China, all separated. I produce the ABS and PLA part for Minibot usually during machine tests, so the machine is a really replicant. The acrylic parts are so many and have so many tap drills and finishing details, all made by hand. Cabling is also very time consuming: cutting, welding, crimping terminals. The assembly process for a single machine takes about 15h of engineering labor, so this makes Minibot expensive. The test takes about 10-20 hours, but usually, the first part is already great.

Q: The Minibot has an astonishing quality of print, how did you achieve that?

I started in 3D printing in 2012 with a Canadian Prusa-Mendel kit, called Ecksbot. By that time I was impressed by the quality of a homemade machine. Engineers are never satisfied enough, so since that time I work looking for continuous improvements. When I migrated from 2.85mm filaments to 1.75 I was amused by the benefits in quality and reliability. In 2015 I designed a portable 3DP called ‘Maletabot’, assembled one prototyped with very technical success, perfect parts, but building costs made it impossible to produce. So in 2016, I decided to design a much simpler, small and cheaper machine. The first idea was to sell a RepRap kit, but after the prototype phase, we figured the average consumer won’t have enough tools and skills to adjust and assemble the kit and the ‘free technical support’ would kill our business. The Minibot secrets are a good mechanical design, a good selection of hardware parts, very conscious assembly, a lot of attention in details, a lot of testing. This comes to a price, the product is expensive and hard to sell.

Unfortunately, while this post was being on wrote, Paulo said to me that he is about to shut down the project. He will make all the blueprints to build this 3DPrinter open-source so anyone can build their own MiniBot.
As for the market in Brazil, it is still very weak, low demand, an expectation of very low price, gives little value to quality and much value to price, either installment, discount or free training. That is, it is difficult for a company to pay the bills in this environment. In addition, the market is afraid of not being able to use the equipment, afraid of not being able to maintain it, and in the time of crisis does not buy. 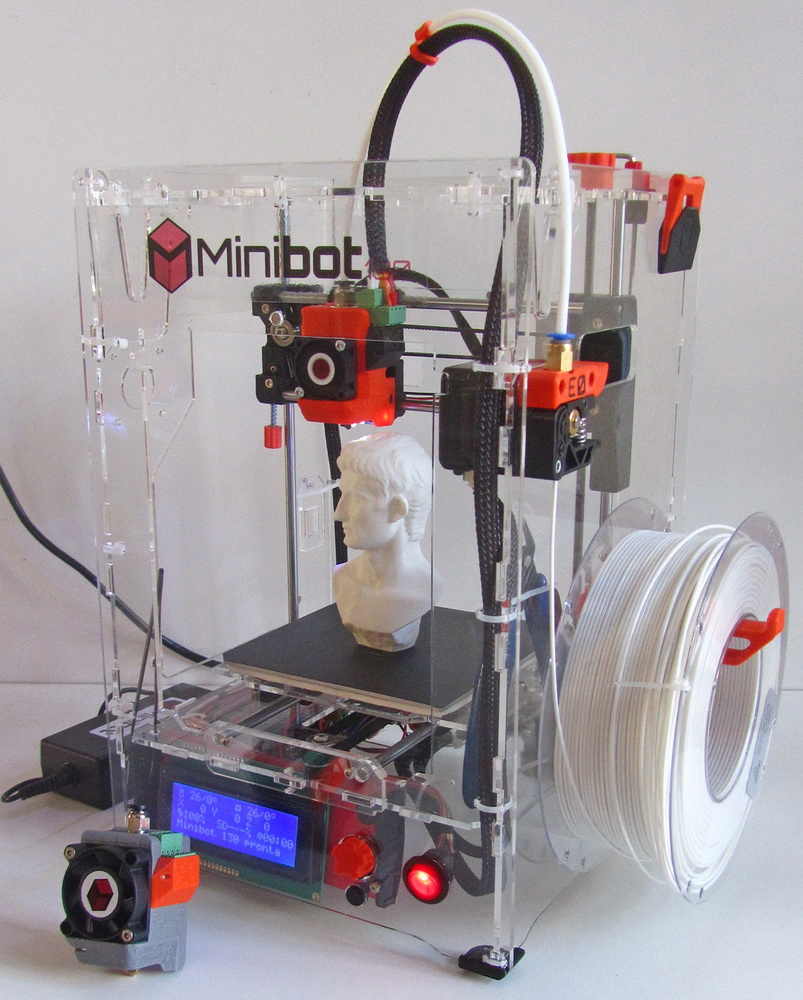 Check out about the RepRap project!
See you on the next post!