Will your 3D-printer kill you?

As the 3D printers spread around the world, a fact that some people call the “new industrial revolution”, there are more and more concerns about the dangers surrounding these machines. The most common desktop 3D printers use the Fused Filament Fabrication (FFF) process or Fused Deposition Modeling (FDM, which is a trademark of Stratasys Inc.) process, so we will talk about the dangers of this kind of 3D printing process.

The dangers around a 3D printer are infinite. It’s never too late to say that this kind of machine isn’t a toy, so CHILDREN SHOULD USE THEM ONLY UNDER A RESPONSIBLE ADULT SUPERVISION. The caution advised is the same as to drive a car or use heavy machines: call someone who knows what to do if you don’t know what you are doing otherwise it can cause you severe injuries and even death.

As the general dangers of the 3D printers, we can point out:

The power supplies used by 3D printers usually are either repurposed ATX (personal computer usual power supply) or enclosed wall power units, such as used by laptop computers or by Xbox (highly used due to its low price and its endurance). Brazilian makers use also 30A switching power supplies. Re-purposed ATX and enclosed wall power units are already UL listed and tested. The switching power supplies need more attention on the wiring but don’t represent a real danger if correctly connected. Most of these power supplies don’t exceed 24 volts, including the power sent to the hot end and heated bed, so they don’t represent a real threat for electrical shocking. The real danger about it is a short-circuit in the wiring, that can cause electrical failure in the room/house and/or fire. To minimize this danger just take real attention to the wiring and the use of the right electrical components for it. But is really hard that this electrical danger can kill you.

There are obvious safety concerns about it, like threaded rods, belts and pulleys pinch fingers and other things. Besides, things like threaded rods and belts can pull long hair, necklaces, etc. It’s impossible to have a working machine without these components, so using a bit of caution and, as in a roller coaster, keeping “hands and legs inside the vehicle during the ride” (i.e. DO NOT STICK ANYTHING IN THE MOVING PARTS) you will be fine. In 3D printers like Makerbots or Ultimakers (that the moving parts are inside a box) is even easier to avoid these mechanical dangers.

There are a few components that can burn you other are just uncomfortable for touch, but there’s just one problem here actually can kill not only you but your whole family and neighbors too.

The stepper motors can get hot but not enough to burn you because they heat up to 60°C (140F) and some even get to 80°C (176F). Also, you should remember that the stepper motors usually lose steps when they get higher temperatures and this messes with your prints, so it won’t kill you, but will surely make you (really) angry.

The power supply are usually covered units, but they need to have proper ventilation because they dissipate heat as they work. The temperature is not a big deal, it won’t get hot enough to hurt you. But keep in mind that if the power supply overheat it will (at least the ones with overheat protection) stop working (i.e. shutdown) and this will be a real headache because this kind of problem will only show up on a really later time of the print (i.e. last layers). And this, also, won’t kill you.

The build table (a.k.a. heated bed) is where you actually print the parts on the 3D printer. This surface can be heated to different temperatures depending on the filament material and if there’s a glass (mirror) over the heated surface or not. If is used with ABS filament over a glass surface usually is heated to 120°C (248K). When used with ABS without glass surface is heated to 100°C (212) or to 110°C (230K). If PLA filament is used a heated surface is not needed, but if the user really wants to heat the surface it goes to 60°C (140K). Most of the printers have markers on the heated bed a warning signs saying “HOT SURFACE” and “Do Not Touch” because of an actual UL requirement for certified 3D printers. It can hurt you due to the temperatures reached, but won’t kill you… Except if you have one problem that we will talk about soon: a temperature sensor misplacement or malfunction.

We told before that the temperature sensor misplacement or malfunction could kill you, your family and your neighbors, remember? Take a look at these pictures and the story behind them:

Claudio Sampaio, a brazilian maker and “reprapper“, showed off his story on 06/25/2014. “This happened a few weeks ago. The worst part is that the board was well tuned. I had two multimeters monitoring the temperature on the hotter parts, showing that was running smooth. There was passed 12h from a 22h print and I decided to go to the bank. I’ve been out for an hour, no more than this. When I came back, the house was full of smoke. I took the CO₂ fire extinguisher and the gas mask and extinguished the fire from the printer. On a rack next to it there was 4L of acetone, 2L of pure alcohol, 1L of chloroform, 1L of sulfuric acid, 1L of tetrahydrofuran (THF) and 1L of dichloromethane. Imagine what would happen if the fire could get to the rack…” said him. The whole reprapper brazilian community was concerned with this accident and talked over this. Then Alex Borro, who also was one of the Marlin firmware contributors, implemented the Thermal Runaway protection on Marlin firmware which was then merged with the official branch and is available until the latest version (1.1.0). The thermal runaway protection works separately on each heater (the hot end and the heated bed) and doesn’t let the heating element on after a determined amount of time if the temperature doesn’t show a significant change in this period. Using this protection, is even harder a temperature issue kill you.

Probably this is the more problematic issue and more dangerous problem than all the other mentioned. Makers that have a gas detection equipment (not talking about smoke detectors, OK?) is not as usual as the ones that have multimeters. Most of the people use only its nose to detect this kind of danger. Useless to say that this is the wrong way to do it. The plastic that is changing its state (i.e. heating and melting) typically emit fumes and odors. At least two studies were done about this subject and each one of them shows exactly the opposite conclusion than the other.

The first research about the fumes that we found was the one available at Instructables, which was posted at September/2012. This research is told as the first one about this subject and use the most cientific process possible to be done outside a research laboratory. They searched for HCN (hydrogen cyanide) on the fumes of the 3D printing process following injection molding standards using ABS filament and Nylon filament from some different sellers.

They found out that in normal 3d-printing conditions any of the tested filaments showed a significant percentage of HCN. So, 3D printing is quite safe then, right? For them, yes, but remember that they are also filament sellers. Their test showed that for the ABS filament there was no HCN measure for any of the different brands available for the test. A result with no HCN measure was found also for their Nylon filament (the filament that they actually sell). The Nylon filament that they tested from other sellers (which was actually trimmer and weed-whacker lines available in home improvement stores) were also safe for 3D printing but showed off 0.1 ppm of HCN in their measure. We think that this is a tendentious result for the only reason that they actually sell the filament. How could them sell something and also say that is dangerous? So, what is the truth? Well, at least, one thing we can point out to show how this research was a bad reference: they just looked up for HCN generation and this isn’t the only danger that a 3d printer filament fume represent.

We found a most recent research about the filament fumes, a paper published online on January/2016 and printed in February/2016. The paper was published by the American Chemical Society (ACS) and is freely available on Environmental Science & Technology website. The same research group made an article about the same subject, but with less 3d printer brands and less kinds of filaments involved.  We read this paper and this is what we can point out:

As this is a group of researchers that have no bond to any filament seller company, we think that this is a most reliable result. But, as they say, the “smooth” function they used on the collected data brought uncertainty of 45% on their estimates.

Then, we can conclude that a 3D printer can kill you on a long-term use on poorly ventilated spaces. Yes it CAN kill you, but only if you let the machine do it. The UFP exposure on the worst scenario isn’t a real problem, because you can find similar exposures on a variety of situations. So, to avoid the problems with the dangerous VOCs, we strongly suggest an enclosure for all the printers (as most of the 3D Systems and Stratasys printers have) as a way to avoid the risk, because you can either put a combined gas and particle filtration systems or, at least, avoid warp when printing with a windows open. In case an enclosure is not possible or you can’t have a proper ventilated room, you should stick to PLA filaments, it won’t kill you. 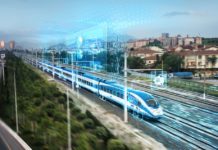 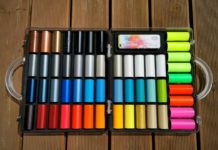 Fashion and 3D printing: Print your own clothes.