Richard Horne has proposed the MasterSpool to replace the piles of empty spools that build up while 3D printing. As printers end up with the empty spools, we are left wondering what to do with them?

One of the goals of 3D printing was to reduce the amount plastic waste on the Earth by recycling plastic water bottles into new filament. I found earlier from testing 3R3DTM  filament that the PET used is difficult to 3D print. When you combine the difficulty of printing and recycling filaments, most beginning 3D printers do not make or recycle their own filament.

Combine this difficulty with the popularity of PLA and polymer blends of filaments, and most 3D printers are facing another environmental issue. As printers order and 3D print objects, they are left with the empty filament spools. Many spools are made with ABS, Poly Carbonate (PC), or other plastics that may not be accepted in all municipal recycling facilities.This has resulted in a growing issue with 3D printing, and different companies have taken different approaches to the spool issue.

ProtoPasta has distinguished themselves as a filament firm by producing not only special limited edition blends of filaments  but they have also distinguished themselves by their environmentally friendlier cardboard spools. Not only can they print more vibrant graphics onto the cardboard spools, the spools can easily be recycled in municipal paper / cardboard recycling facilities. Cardboard is also biodegradable, which also limits the environmental impact in municipal garbage dumps. These cardboard spools are light weight and bypass the plastic issue.

Filamnentive actually encourages 3D printers to reuse emptied spools by offering a 20% discount on future orders. This spool return program helps the company out in that they don’t have to purchase spools. However, it does not address the fact that the carbon footprint generated will increase as the empty spools are shipped from consumer back to the factory. The consumer also pays shipping cost to the UK company, so it is not economical outside the UK.

3D fuel (formally 3DomUSA), makes their spools from the same PLA base as their wound (coffee) and buzzed (beer) based filaments. This looks great, but I found in my outdoor experiments that PLA can take years to biodegrade.

With this in mind, what are some ways to take care of our empty spools?

Recycling is touted in elementary schools as a great way to care for the planet. Recycling is a economically and ecologically viable way to recycle metals; plastics however have been problematic.

Different plastics require different methods to recycle. Petrochemical plastics like ABS and PC may not melt down for reuse.  Many recycling facilities limit the type of plastic that they can take in, which can impact you if your local facility can’t take plastics like ABS or PC.

Recycling plastics also takes energy, which may not help in reducing the carbon foot print involved in the plastic cycle.

Advanced 3D printers may get a filament recycling system like Filastruder, and would

benefit directly from recycling misprints and scraping empty spools. This may be a viable option for 3D printer companies that run printer farms like Lulzbot  and Prusa, where they

can recycle and make bulk filament in house to reduce the amount they consume. Schools and makerspaces may also benefit from re melting filaments and empty spools in house. Individual 3D printers may be hard pressed to justify purchasing a filament system.

An empty spool can be a canvas for designers. As a utilitarian object, spools are re purposed frequently into workbench trays for small parts

. Other creative uses include a spoolbot  that uses the spools for the wheels and body of a robot. Others may find other creative ways to upcycle these spools, but the number of spools produced will vastly outnumber the small number of projects that can be done

Sell / give away locally

Someone may have a use for a box full of empty spools for a project or craft storage. A quick look on ebay and amazon has the price for an individual 1 kg spool around $1-$10 USD, and cases of spools listed around $50. It is doubtful that anyone needs a large number of spools, so your better bet will be to see if you can give them away locally on Craigslist or Facebook.

A new concept has emerged from Richard Horne . In his work in RipRep, he has devised the MasterSpool concept that bypasses the need for spools to be shipped in the first place.

Horne’s MasterSpool concept ships a coil of filament bound in minimum packaging (3 zip ties and a vacuum sealed bag). The resulting MasterSpool refill can then be loaded onto a MasterSpool which you can 3D print at home, or purchase from the filament company.

From the start, MasterSpool refills have many advantages over shipping filament with a bulky spool.

a. Lower shipping weight for the same amount of filament. Many plastic spools weigh in from 200 – 300 g, where as the bag and zip ties for MasterSpool may come in under 20 g.

b. Much less packaging to be recycled or trashed. Less space is taken up in a landfill by a flattened bag.

c. No empty spools to deal with when you run out of filament. The MasterSpool can be easily refilled and reused.

A Move towards MasterSpool Standards

Different filament companies currently use their own dimensions of filament spools to ship their products, which has not created an industry standard for production units of filament.

Richard Horne explored the wide variety of filament spools in this blog from 2014. MasterSpools may create a standard size for 3D printing filaments that all manufactures can adopt.

Just as batteries and shoes come in some industrial standard sizes, so to can the amount of filament that companies can make for a MasterSpool. I looked online at the shipping size of different spools, as well as the various esun, Colorfabb and makerbot spools that I had on hand.

I kept the mounting hole at 50 mm for all MasterSpool because there is a large amount of spool holders already available that can hold 50 mm mounting holes.

AAA size would be great for samples and Nylons which have a short shelf life.

A size seems to be an industry standard for many companies already, with many of their commercial lines of filament sold in the 500 – 750 g range.

B size would be good for bulk printers and schools.

C would be an ideal size for printer companies that have a 3D printer farm like Lulzbot  or Prusa. German company Das Filament has become an early adaptor of the MasterSpool, and sells MasterSpool refills along with

I would like feedback from filament companies and printers on these standards. Please leave a comment or use the hashtag #MasSpoolStd on social media. 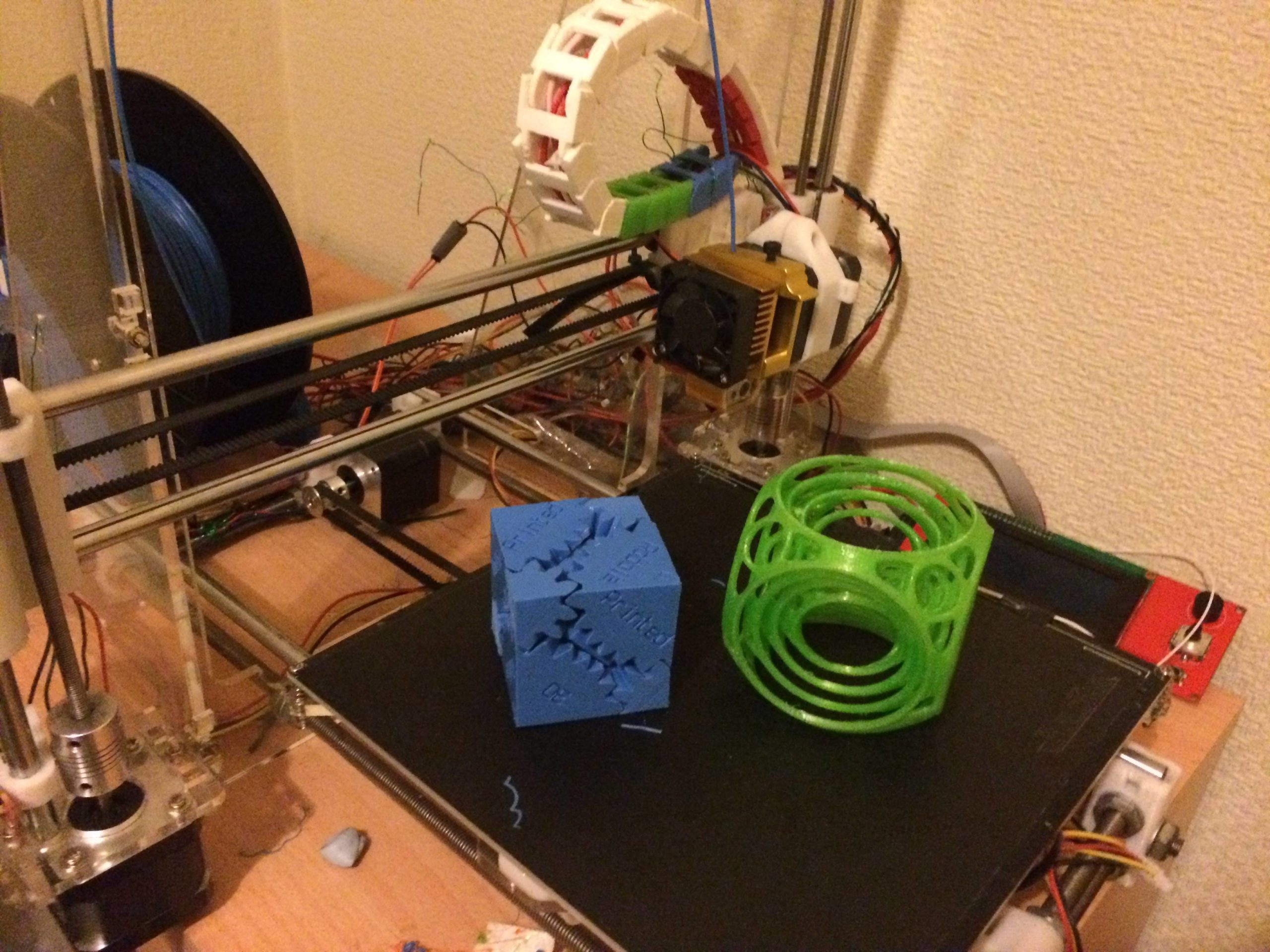 BuildTak – Is it Worth it?