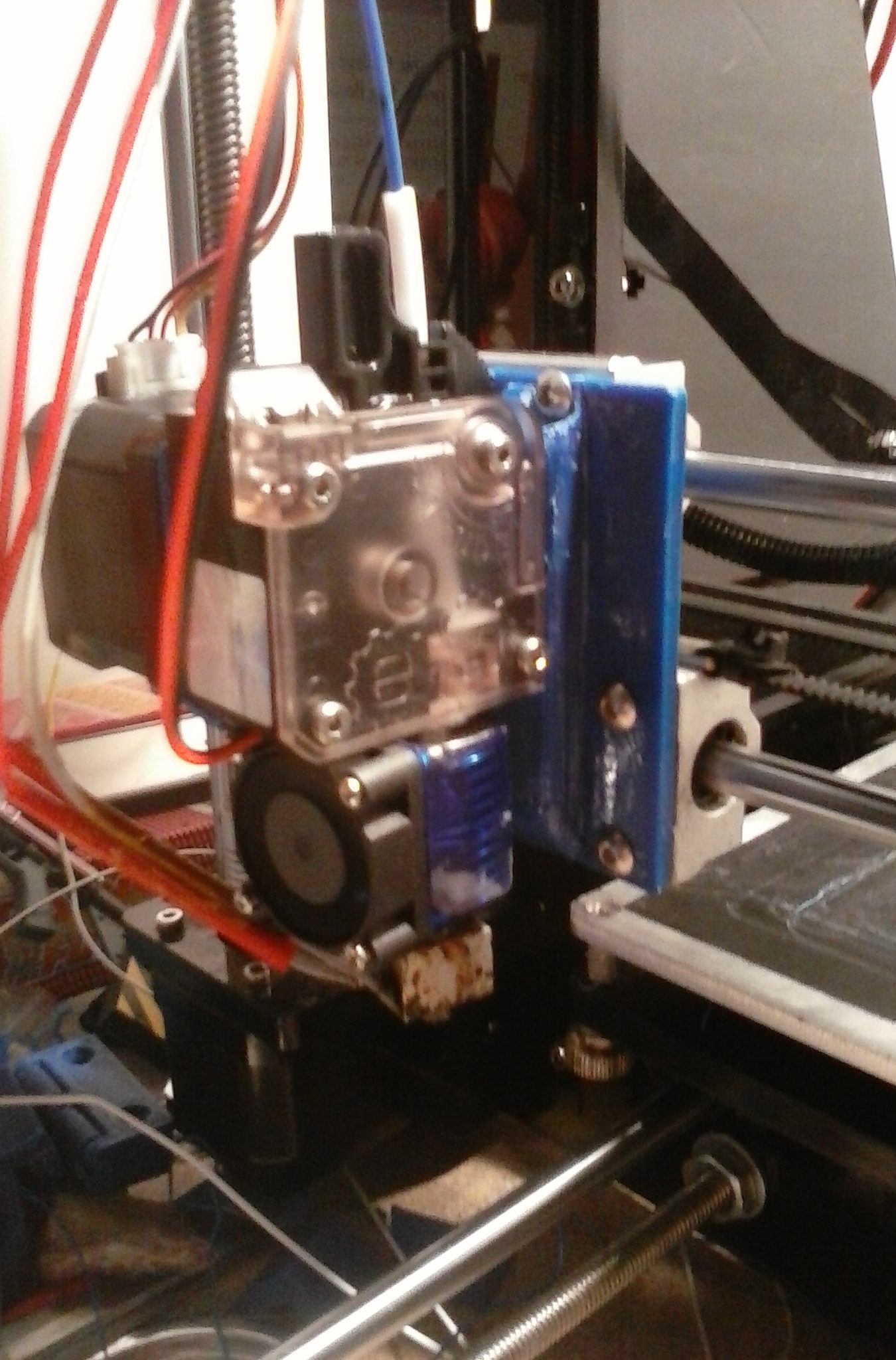 When I first saw the E3d Titan I had to have it. The design just made sense. I have been using an all metal MK8 direct drive setup for a while and I wanted something that could give me more precision. I stayed away from wades setups because they are 3d printed and my experience with 3d printed parts hasn’t been the best as far as my 3d printers are concerned. That isn’t the only reason though I want to print with more exotics and direct drive wouldn’t cut it on tougher filaments. Not to mention this style extruder isn’t good for soft filaments and my make shift options just didn’t cut it. So I ordered a Titan and could’t be happier. I had a few hiccups at first but eventually they all worked out.. First one I had involved the mounting bracket. E3d put one up for the i3 but I am not using compatible bearings so that was the first thing that had to be modded. If you are using lm8uu bearings you will be fine. Just know that if you are using any other type of bearing you may need to mod or design a new carriage. 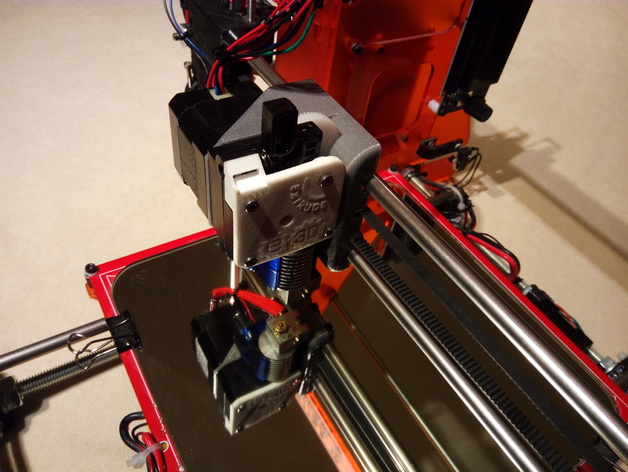 The second thing I had to do was change my motor direction. This can be done 2 ways the first just feels wrong to me but only because my connector is keyed so flipping it around doesn’t make me feel good. I went the other way and loaded up Arduino and changed the motor direction in the configuration.h file This is much easier than it seems and anyone operation a 3d printer should know how to do it. Here is a good video on firmware editing that I used when I first started.

The next issue involves more Configuration.h tinkering.  You need to change the amount of steps to match the new ratio. But the basics to this can be found on their wiki. If you find out you are using too much filament or too little then you might want to check to make sure your stepper motor matches their settings if not calculate and adjust your steps. Once all this was done it printing went pretty smoothly. I say that because the nozzle on my printer is warn out from hitting the bed to printing with metal filaments. My Prusa is my test printer any time I’m trying something new because I know just what she will do before I change something it makes for a good test bed. I can say that even with a tired nozzle though the titan performs better than I could have hoped.  Sadly at the time of writing this all of me video of it printing was lost.  In the end I can’t think of any real downsides to using this extruder. It’s light weight gives you quite a few options for filament. It adds a lot of torque making it possible to use a smaller stepper than a nema 17 while still giving the same print speeds and the extruder it’self isn’t going to break the bank. A full kit can get spendy but even then it’s not at all bad.  I will leave you with a video from from tom and how he feels about it.

Below are links to some of the parts I used or replaced on my printer for this build.
If you feel inclined check out our forum. We would love to see what you think of the E3D Titan.
//forums/topic/what-do-you-think-of-e3ds-titan-extruder/
[AMAZONPRODUCTS asin=”B00NAK9JFO”]

Peachy Printer shows why you should be more careful with Kickstarters.

3D Printing on Healthcare; How Makers can change people lives.