All of these are amazing legal and social questions that we have to face as 3D printing becomes quickly mainstream.
In a previous post, I discussed how the fears of a 3d printable gun are over-hyped by tabloid media. Now I want to take a look at 3D printed guns in depth.

Digital, physical or other?

All 3D printed objects start life as a digital file. The idea for a physical object is designed in a CAD (computer aided drafting) program, and then converted into a digital code that can be read by a 3D printer. The 3D printer then takes the file, puts it into a slicer program to 3D print the object.
With this concept, a 3D printed gun exists on two planes as digital and physical matter.

As a digital matter, the codes for 3D guns are digital instructions for a 3 dimensional shape that can be seen on a computer screen. It has no physical form that can cause physical harm to anyone. The digital files are subject to laws regarding digital information.

As a physical object, a 3D printed gun has a physical shape. As a gun it can function to harm or kill anyone (though if you read my previous article, 3D guns can hurt the shooter as much as any intended victim). As a gun they are subject to gun control laws.
Current laws are written for digital files, or physical objects, but not both. 3D printed objects are trapped by their own duality.

Birth of an Idea

In the US making your own gun for personal use is legal (You can’t sell it without a FFL). There are plans available online, military surplus stores, and bookstores for zip guns made out of plumbing parts.

With the advent of affordable 3D printing, the idea of a 3D printed gun was bound to happen.
On July 27th, 2012 Defense Distributed launched the Wiki Weapon Project to produce the first 3D printable gun.

DD’s efforts resulted in the release of the Liberator Pistol on May 5, 2013.

DD has ignited the debate about high capacity magazines, and provided the files so anyone can make them.

The digital files for the Liberator were hosted briefly on Thingiverse before they removed it for Term of Use violation. DD then hosted the files on their own DEFCAD site, and were downloaded millions of times before the US Government ordered them to be taken down.

The US State Department ordered the Liberator files down, citing ITAR (International Traffic in Arms Regulations). Under ITAR, State Department is treating the digital files for the gun as a physical object. ITAR is designed to prevent military weapons and classified information from going to our enemies.

It is at this point I’ll state the obvious.

Defense Distributed and founder Cody Wilson are civilians. The files for Liberator were released Open Source to the public domain. DD does not make physical guns for export under ITAR. The liberator is not classified as military hardware or munitions.
DD is being censored under laws that do not apply to it. DD is fighting the Dept. of State in Defense Distributed v. U.S. Department of State.

Trying to cage the files for 3D printing is like holding onto sand. The tighter you grip, the more sand falls through.

Others have taken up the torch for open source 3D guns. FOSSCAD has released the original Liberator files, along with other 3D printable gun designs developed by others. FOSSCAD members have produced working revolvers as well as their own AR-15 lowers. In the future DD may be able to host the files again.

Enforcement of these laws has been non-existent in the US. There is only one know arrest, Yoshitomo Imura of Japan, for making and firing a 3D printed gun.

The Sand Slips from Grasp

Are the digital files for 3D printable gun an object, an idea, or military secrets?

3D guns are objects only when they are 3D printed; but when they are shared digitally, they are a digital idea. It is their fluid duality that will need further legal classification. 3D guns files designed by civilians for a civilian market are not a military secret.

How do we as a society designate the digital files for physical objects?

If ITAR and other laws set the precedent, then the digital files for 3D printed guns are physical objects. However ITAR is NOT the precedent, it’s a legal red hearing. Never before in history has there been a case where an idea so freely turns into a physical object. As a society we must decide on the legal definition of 3D printed files while the technology is still in its infancy.

Should we censor digital files the same way we have censored print media in the past?

Censorship in any form is abhorrent under the best of circumstances. Censoring civilian ideas is even worse. Censoring the digital files for a plastic gun is hypocritical, given that printed blueprints for any gun can be found anywhere, and produced by anyone with a drill press. 3D gun files cannot be censored with the laws written for print media, given the enforcement of paper censorship is non-existent.

Can we even censor anything in the age of the internet?

NO. Censoring the Liberator files has shown how impossible it is to censor digital media now. If you generate controversy over a file like a 3D printed gun, it goes viral and impossible to contain.

NO. The internet is an amazing ocean of ideas. Even if you remove one drop of information from it, the rest of the ocean flows in to take its place.

Legal Disclaimer: This article is written as commentary on 3D printing and gun control laws. Always check your local laws or with a lawyer before constructing your own 3D printed firearm. 3DPT is not responsible for what a reader chooses to do. 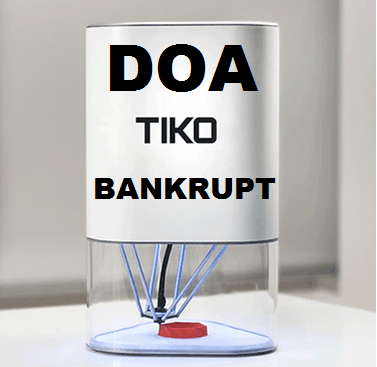 Buying a 3D Printer with Kickstarter