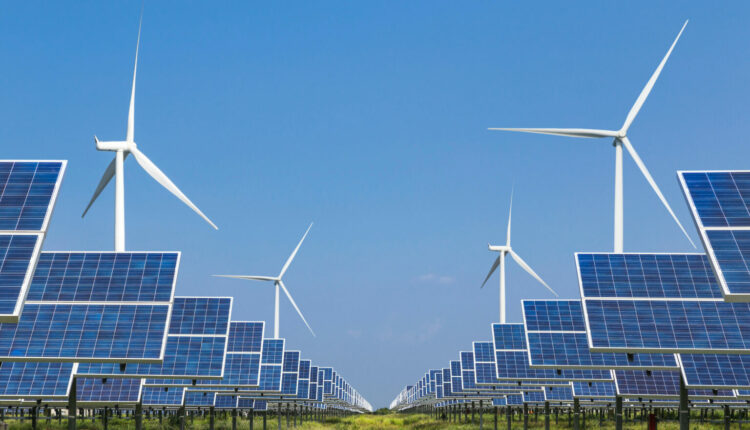 With the supply levels of fossil fuels reaching all-time lows and the effects of climate change running rampant, the need for change in the energy sector is clear.

Creative and sustainable solutions must be put into action. And 3D printing is prepared to respond.

Along with its versatility, 3D printing is gaining popularity for its ability to make renewable energy more accessible to the general public. The advantages it provides include lower production costs and improved performance.
Furthermore,

contributes to a large reduction in environmental impact. Everyone is on the edge of their seats as they watch this technology finally transcend prior constraints. Will renewable energy really become the new standard, as many people believe?

3D printing, often known as additive manufacturing, has forever altered people’s perceptions of the world. What was once considered science fiction may suddenly be a viable solution to the global energy crisis—and it’s only the beginning.
The following are some of the most compelling reasons why additive manufacturing could be the energy industry’s future:

Contents hide
1 They’ve cut production costs
2 They’re Better for the Environment Than Factory Production
3 They might be able to cover more ground in order to use renewable energy.
4 Conclusion

3D printing might substantially cut the cost of producing renewable energy and the devices used to harness it by using fewer machines and alternative materials. Keep in mind that an ordinary silicon semiconductor solar panel can cost up to USD$190 to construct, to give you a clearer understanding of the associated expenses of energy production. This includes the cost of locating and delivering commodities to factories.

Communication and coordination across departments will be critical, as delays can have a significant influence on supplies.

Companies will be forced to embrace more cost-effective

alternatives as production costs rise.
The continued growth of 3D printing technology is seeing more and more use to address these challenges with the help of power plant asset management software providers like 60Hertz Energy, in conjunction with additive manufacturing.

What used to take manufacturers a few days to make might now be done in a matter of hours. Furthermore, 3D printers aren’t always present in factories. This makes them more portable and easy to set up.

With current progress, these technologies may be able to eliminate the requirement for long-distance parts supply. When all of these factors are taken into account, the cost of a solar panel could be reduced to less than half of what it was previously.

They’re Better for the Environment Than Factory Production

Traditional manufacturing methods are substantially more environmentally friendly than additive manufacturing. It is a fantastic solution in the hunt for sustainable energy since it combines the use of recycled resources with the avoidance of waste.

Raw elements such as copper, aluminium, and silicon are used to make solar panels. All of these pollutants come from mining operations that can harm the environment. Mining for silicon is particularly aggravating, as the particles produced by mining are known to harm water systems and strangle species in the area.

Resources for additive manufacturing, on the other hand, rely significantly on recycled materials. Recycled materials such as discarded plastics and obsolete filaments are being used in the development of sustainable energy systems.

Furthermore, the accuracy of 3D printers adds to their usefulness. Exact measurements are employed during printing to ensure that no waste is produced.

They might be able to cover more ground in order to use renewable energy.

With the help of 3D printing, wind energy may spend more time in the spotlight in the future. While it is a fantastic source of renewable energy at the moment, it has more issues than its solar equivalent.

If a suitable location for multiple wind turbines is identified, other considerations such as construction and connectivity become important. The distance between a wind turbine and an energy distributor can be considerable and difficult to cover. When setting up new connections or fixing broken lines, this can cause issues. The time it takes to resolve these issues might cause severe power distribution delays.

The construction of new wind turbines is also known to cause environmental impact. Huge swaths of land are levelled to make roads, while the region is dug up to install the turbine foundation.
This is why coastal lines have recently received attention. Coastal areas are thought to be ideal locations for wind generation. They have a more steady wind presence, which might increase the amount of energy harvested from the turbines by a factor of two. To circumvent the limits imposed by the landscape, 3D printing will be used. 3D printed structures can be used to create offshore sites for coastal wind turbines.

Boats can get to these little islands, and energy distributors are planning to build plants near the coast. In terms of the future of 3D printed structures, it’s safe to assume that your imagination is the only restriction.

While it may take some time for everything to come together, you may be witnessing the beginning of the renewable energy revolution. What better way to address the energy sector’s issues than to literally create a solution for them?

Biofilms are being engineered using a revolutionary 3D printing technology developed by researchers.