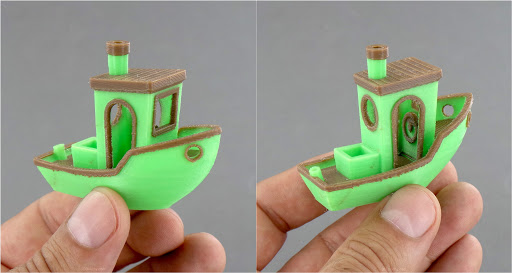 3D printer technology is having a real positive impact on education and many institutions of learning want in. You can tell by the many news articles written about that sector. Catawba College, for example, demonstrated its stance on the technology earlier yesterday. Other programs like the MakerBot SKETCH Classroom for Educators and Students also emphasized this phenomenon.

An even greater indicator of the positive impact of 3D printing technologies in schools aside from the numbers is the increased amount of printers and install basses being sold.

3D printer manufacturer RIZE Inc. is reporting that its install base in the secondary education market tripled in the second half of last year.

Sales of the company’s full-colour XRIZE 3D printer are said to have gone to an undisclosed number of customers in the education sector following the machine’s commercial launch in November.

The news suggests the eduction sector is a growing one for the industrial desktop printer manufacturer, which currently counts large organizations such as NASA and the US Army amongst its users.

“It’s my opinion that the color makes it. Since we acquired the XRIZE printer two months ago, it’s capabilities have given us a marketing advantage for our 3D programs because the prints are colorful. Stephanie Voltolin, program director of the new media department at Georgia Piedmont Technical College said in a comment.

“We chose the XRIZE printer for its industrial-grade durability because of because of how much we print, but the ability to print multi-color takes us to the next level.” she continued.

In addition to color, the technology’s ease of use and safety features which include the elimination of solvents and certification to meet some of the world’s most rigorous third-party chemical emissions standards, are thought to be ideal for educational use.

“It’s a new world in 3D printing and educational institutions are keen to prepare their students to lead it,” said Andy Kalambi, CEO of RIZE.

“We are delighted that RIZE’s value proposition of providing intelligent parts and enabling smarter workflows in a safe and sustainable environment is enabling schools to prepare their students as the workforce of the future.”

RIZE is based inf Boston, the 3D printer manufacturer Rize is focused in the area of full-color 3D printing technology. Starting out with the Rize One 3D printer, the company had developed a unique 3D printing process that combined the principles of FDM and jetting to mark 3D printed parts with text or graphics

Catawba College to Use 3D Printing to Enhance Student Learning

Ride to the future with Stratasys’s 3d printed electric bike

NASA has hired ICON to 3D print a lunar base