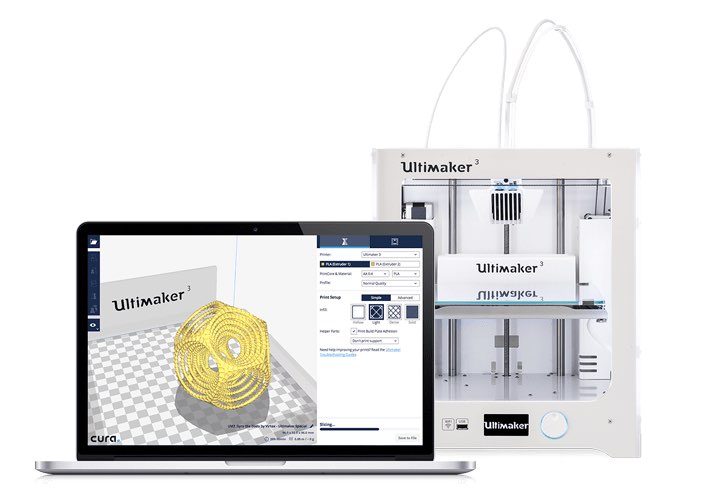 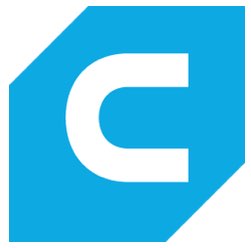 Cura might be maintained by Ultimaker, but it’s also popular amongst users of many other 3D printers. In this part 2 of 4, let’s take a deeper look at why you might try this 3D printing software (In part 1 we looked at Slic3r).

As mentioned, the software is now maintained by Ultimaker, but development started off as a solo project by a guy called David Braam. To begin with, his package relied upon the GCode generating engine from Skeinforge. This served the application well but in 2013 David set his sites on refactoring the slicer in C++ to generate his own GCode under the name “CuraEngine”. This gave the project a performance and control boost, and has been part of the toolset ever since.

Cura is still free and open source, but David has been since hired by Ultimaker to work on Cura full time. This has meant the company has been able to tune the software for their own range of 3D printers, and Cura has stable development support and bug fixes.

While the software is compatible with most RepRap style 3D printers, and is of course specifically developed for Ultimaker (and therefore great for clones too), fans often point to the software being particularly useful for printers that use the Bowden style of extruder, and dual-extruder printers. 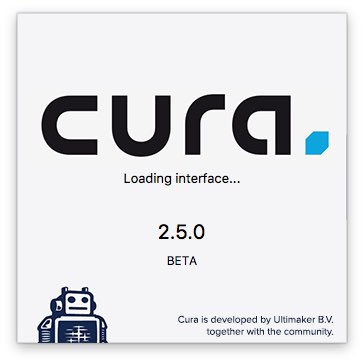 Your Cura experience starts with grabbing the software from Ultimaker. There are various versions of Cura available to download, for Windows, Mac and Linux, and the archive goes back years. You are most likely going to want to try version 2.4 as that is the most stable release version of the software, but I would encourage you to check out the latest beta, that is Version 2.5 Beta, because as I outline below, there are several advantages.

One word of warning, if you have used Cura previously, the software update of moving to a newer or upgraded version is infamous for messing up your configurations or even getting confused between older printer settings and the new 3d printer profiles. This does not seem to have been resolved with the latest version.

May 2017 Update: 2.6b is out and it adds a lot, including handling older version files – check out the release notes here.

Setting up for the first time involves selecting your printer. Of course Ultimaker models are listed first, but there is an option for custom or third party printers. My Prusa i3 Mk2 is listed, as is my trusty Printrbot Simple Metal. Most i3 clones would work fine with the Prusa i3 configuration, and there are Kossel Mini and Kossel Pro settings that would cover a lot of deltas, but the list is slim outside of the most popular makes and models, to be fair.

Once your printer is set up, Cura looks a lot more approachable than some other packages, it’s certainly more pretty and modern than Slic3r. There are two ways to use it, an easy way where you just select the basics (print quality, if you want support, etc), and then there is the fine tune way where you select every granular option and setting tweak to your heart’s content. Cura has come a long way over the years. In the past it has been accused of being slow, but I find it quite snappy in operation having been away from it for a while. The 2.5 beta is noticeably taking advantage of the available computer hardware due to the improvements in multi-threading, and has the option to turn off automatic slicing, so that every minor change you make doesn’t mean a whole new re-slice. Another improvement in 2.5 beta is auto scale can be turned off (small or large models individually). I found that weird to be on by default in the first place as getting the size of a printed object is so important, it should be up to the user.

Bundled with the software, tucked in the Extensions, you will see post-processing features. There is “Pause at Height” and “Tweak at Z”. Not really as capable as Slic3r or Simplify3D, but nice options all the same.

Talking of “tucked away” – I would say this is one of the key attractions of Cura, especially in multi-user settings. Sometimes having all the settings right there ready to mess around with is a bad thing. If you want to keep people from causing problems, then an easy mode paired with a lovely usable UI is the way to go. In this regard I would say Cura has the edge over Slic3r.

Added for 2.6: An awesome new feature is “gradual infill” which will save time and filament while maintaining quality – check it out.

The main reason people will avoid Cura is when their printer is just not compatible. Unfortunately that is not going to be a high priority for Ultimaker. The other reason would be the lack of custom supports and variable layer heights (even with the inclusion of “Tweak at Z”). Cura supports have developed a lot since the beginning, but you are still going to need to call on Meshmixer for full flexibility. I would say Cura is the best looking slicer of the lot, but I do realize that is quite a subjective statement. I am sure most people would agree it is more modern and friendly looking than at least Slic3r. For a maker space or classroom I would put it ahead of Slic3r for that reason, and might even edge out Simplify 3D due to the fact it is easy to use and free, which is really the best price for multi-user environments, right?

It’s also getting taken care of by Ultimaker, they have a vested interest in keeping it current and stable. That’s of vital importance for an open source project, as so many get abandoned due to life getting in the way, or lack of funds. While a top 3D printer company is paying the bills, this software should keep up to date for a while to come.

Dual extruder users, or users who are having difficulty with Bowden style extruders with other slicers, should also find a happy home with Cura.

In terms of features, it’s not really missing anything vital, but power users are going to want to combine Cura with something like Meshmixer to stretch the limits of their 3D printing due to the lack of full variable layer settings and fully customizable supports.

Next up in this series, we will look at Simplify 3D.