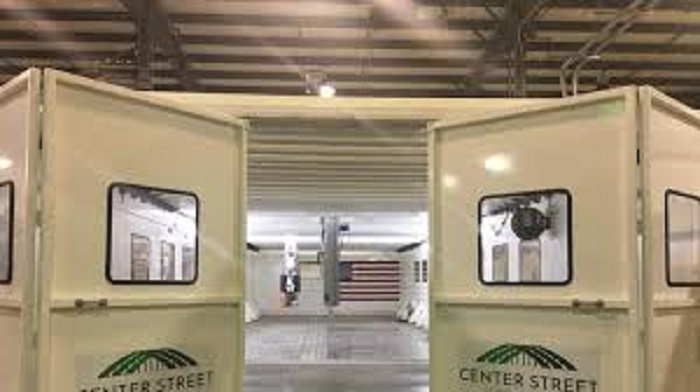 3D printer manufacturer Center street technologies have built a very large 3D printer in their facility in Youngstown Ohio. The company which specializes in large form 3D printing, providing large Mould Forms and Fixtures and tooling says it is one of the largest 3D printers in the world. It is so large you can park a truck in it.

The monster printer is the work of Mike Garvey from M-7 Technologies and Chuck George, the CEO of Strangpresse, a company in Youngstown.

“It’s a good representation of Youngstown; everyone collaborating together to make a great machine,” said Fitzgerald, an additive manufacturing engineer with Center Street. “I think that’s what puts us even farther ahead, is just the expertise that’s involved.”

“Big, large parts. You can even make car-sized parts. You can climb into a car that you’ve printed on this machine,” said Alex Roschli with the Oak Ridge National Laboratory, a science and technology lab sponsored by the U.S. Department of Energy that’s also involved in this project.

Projects completed with this printer take shorter time expected due to the sheer amount of material extruded a second.

“Our goal is always bigger, faster, cheaper… With machines like this, you can do over 100 pounds an hour whereas a traditional desktop printer that everyone’s seen, you’re doing maybe a pound a day,” said Roschli.

Making a technology this huge for hugeness’ sake is not really the goal. I could find applications in the creation of very large parts for big projects. There have been some projects of similar sizes that can 3D print a tank for rocket fuel in rockets. We look forward to see the applications of this feat.

Winners of NASA’s 3D-Printed Habitat Challenge will seat in a public panel to discuss Automation and 3D-Printing.