The recent news in 3D printing is about the race for 3D printed homes. In 2015 Winsun broke ground on contour crafting by claiming to 3D print 10 houses in a day. Winsun did this with their printers at a factory where the house parts were then shipped to the site for final assembly like any other concrete structure.

The main criticism of Winsun homes is that they are not that different from other prefab cement structures. They also had to be shipped and assembled on the building site, which increased the building and transportation cost. They were also very quiet with the media, which led to a lot of speculation that they were not honest about their production record.

It turned out that Winsun claims were too good to be true.  In April news broke that Winsun had faked their apartments and had stolen Intellectual property (IP) from Dr. Berok Khoshnevis.

Dr. Berok Khoshnevis is regarded as the founder of contour crafting (the field of architecture that uses 3D printing). It appears that a student of his took his work and knocked it of in China.

Despite this setback in the 3D printing world, other companies are moving forward with 3D printing homes.

For 3D printing to be really usable as a house building technology, companies need to build 3D printers that can print the house directly on site.

Their 3D printer was capable of printing on site and around the rebar support structure assembled on the foundation. The extruder looks like two long snake fangs, which let the extruder move around rebar supports and piping. This design lets complex cement structures be printed on site and higher then unsupported structure.

HuaShang Tengda has certainly gone to the larger end of 3D printable homes. However in the USA the opposite trend is happening in housing.

Tiny homes are dwellings that are less than 400 square feet. They can be mobile on a class R trailer, and are often made with recycled materials.

Engineer Alex Le Roux designed the Vesta V2 Concrete Printer. This 2d version of his cement 3D printer was tested in Houston, TX. With a footprint of 28 square feet, this structure is a tinny 8 x 5 x 7 foot. It is just big enough for a person to fit in.

Vesta V2 can print at 0.3 ft a second and requires only one operator to feed cement and run the computer.

Alex Le Roux is working on a V3 of the Vesta printer, and plans to print a larger house in Michigan latter this year.

The biggest impact is in affordable housing. With 3D printed houses requiring minimal crews to run, the labor cost is greatly reduced.

These homes can be 3D printed with recycled cement from demolition sites, which reduces the energy consumed in producing new cement.

Being 3D printed from approved g-code, it will be possible for a construction company to ensure it consistently builds a home to code, ensuring that sub-standard houses are not built. This will protect consumers and construction companies from litigation.

3D printed homes may be on the market in a matter of the next couple years if these companies can commercially produce house printers and can train operators quickly. 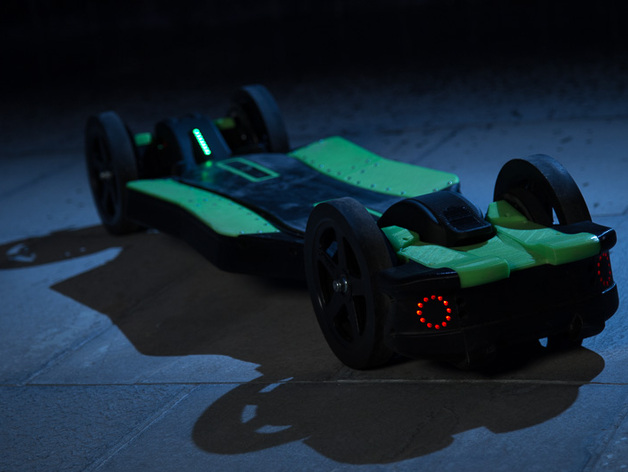 3D Printing an Electric Longboard as your next DIY Project