One month ago, a friend of mine managed to break my high-end headphones, which were supposedly unbreakable. As a Maker, I tried to fix them by myself using duck tape and other conventional methods, was either ineffective or plain out ugly. Now, I have been 3D Designing for 3 years and 3D Printing for 6 months, and in the span of a week, the idea that I could just print a replacement had never crossed my mind. It was not until another friend suggested this solution that I realized this option.

Important to note: I actually picture the headphones later, and I want to clarify that these headphones are extremely durable and all-round marvelous; it is my friend that tried to test their durability.

This is really an example of thinking as a Maker, rather than a producer, or just a user of a 3D printer. It is kind of difficult to think like a maker; to think, believe, and live by the rule that life can be improved with things you design and print yourself.

Going to any STL-warehouse website, such as Thingiverse or MyMiniFactory shows how props, statuettes and other decorative objects are, in most cases, wildly more popular and abundant rather than “Life hack” objects, accessibility objects, or objects that are meant to fix something else.

It is difficult to actually be a Maker, but achieving such a state of mind would be utterly beneficial.

The first step in becoming a Maker is to learn how to fix broken stuff. I will present how I repaired my own headphones, focusing on the design process itself, and the dangers and pitfalls to avoid while printing and designing the fix. By the way, I am not saying that I have achieved such a state of mind yet, but my experience may help someone else in becoming an efficient maker.

So, how to fix anything (but in this case broken headphones):

Step 1: Identify the problem and wildly think of the solution.

It may sound simple, but it is essential to think of the Ideal solution rather than the simplest one when fixing something, always depending on the object itself and the skills of the creator. So, example given is the case of the broken headphones:

To explain, the part between the headphones and the elastic band broke. No wires were cut, thank god, but all the elasticity of the headphones was gone.
So, I had to make something that would:
• Make the broken part as elastic as it was originally (that is, it must be bendable but not that much).
• Make it look good and not awkward.
• Not allow the broken part to move around.

And to do this I had to use PLA plastic (the only one available to me, and it is more human-friendly that other ones). It also had to easily fit inside the headphones and be easily replaceable.

So we have the design brief and questions ready.

This is a very tricky step when designing, and many hours of designing and printing may end up useless. This is especially true when designing phone cases, and in my case, Headphone replacements.

When searching the internet, one may find actual blueprints of the objects they are trying to fix. However, the model reading and the actual dimensions written may be invalid. Printing the model only to see that it does not fit can be especially devastating.

To avoid such a conundrum, what is most advisable to do is to photograph the actual project and its sides, and use them to model the object. After that the dimensions will have to be calculated from the maker, but only one measurement is enough, since one dimension is needed to scale the photo appropriately.

After that is done, the modeling can begin.

After imagining a solution and getting the blueprints, it is time to model and realize our solution.

Example given is the first solution I made for the headphones:

If anyone is wondering, this is indeed SolidWorks. It is one of the best (and most expensive) programs on the market, but one can work with other free programs like Tinkercad. Be careful, however, that the specific program can export in STL or OBJ files. Google SketchUp users may have a hard time exporting their models.

This is the first iteration of the headphone band fix I thought of. It acted kind of like a cast for the broken part. The basic idea was that it would encase the plastic band and clip to the adjustable part of them.

The fun part is that this model is nothing like the final solution, but that is the joy of 3D printing, that one can prototype as fast and as much as they can.

Also observe how the reference pictures come from the internet. That is the primary reason that this model did not work. That is why I later took pictures of them myself and later modeled based on these from the start.

In 80% of cases, the first model will not be the correct or optimal one. But that is the beauty of 3D printing: printing another model is no big deal. That is why, after printing and testing the first solution, it is most probable that you will need to make another solution.
In my case, I made a lot of prototypes to solve all three initial problems. Several attempts had to go by before I managed to conceive and design a good model.

It is important to always remember that the concept of 3D printing and 3D Design is Rapid Prototyping. Do not get discouraged and think alternatively if one solution path does not work.

But, after a lot of attempts, I managed to make a good part that solved the three problems the best.

After the many prototypes, one will finally work, or at least work as an Alpha version of the final one. This is the most rewarding step of the process, and the hardest one to achieve.

My solution was this cast-like model:

I chose to print it in Transparent color to exactly make it stand out, make it look like a 3D printed add-on, both because it is cooler and because I could see any faults or cracks on the model. But it mostly was because transparent color both blends with the headphones and stands out, nearly screaming that “I want to be a Maker”.

It is vastly different from the initial idea, but ended up working like a charm. The importance that the object is correct and not biased as correct is important, as this fix may be good for a short while, but not so in the long run. A final model must address the initial design problems and any others that came up from the design process, and also be reasonably durable.

After creating a successful model, it is most advisable to make it even better. Altering the design a bit, or messing with the printing settings, like infill and wall size, will make the fix even better, more durable, and more satisfying.

This is the final model, and it works like a charm. Some tape was needed, since the bottom walls would open up after being stretched to fit inside the headphones.

It is really that simple, but some experience with designing is needed. Plus 3D Design, as mentioned before, is all about Rapid prototyping, but still it is better that one makes a one-time fix and does not have to reprint and change it every once in a while.

Being a maker is all about utilizing 3D Printing in your own life. It is no longer a privilege to have a 3D printer and anyone can use them to make their lives better.

It is a shame that product designers aim to make their products unfixable to make their buyers re-purchase their products, but with a bit of 3D design trickery this trouble could be avoided. If it were a more accessible model, like a fuel tank cap or a phone case, there would not be such a problem. It is still possible, but a lot harder.

Try to be a Maker and make your life better. 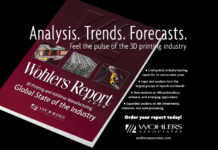 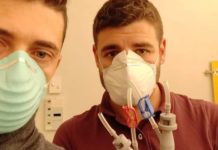 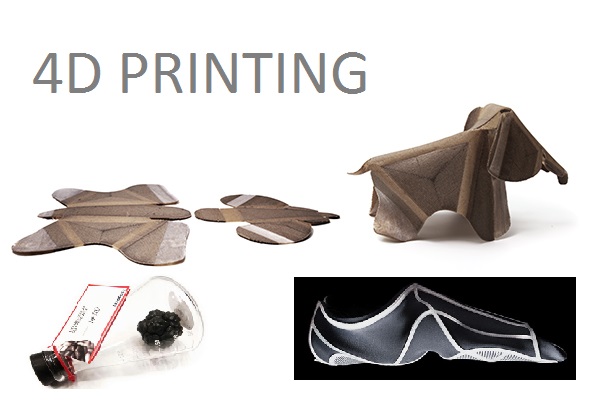