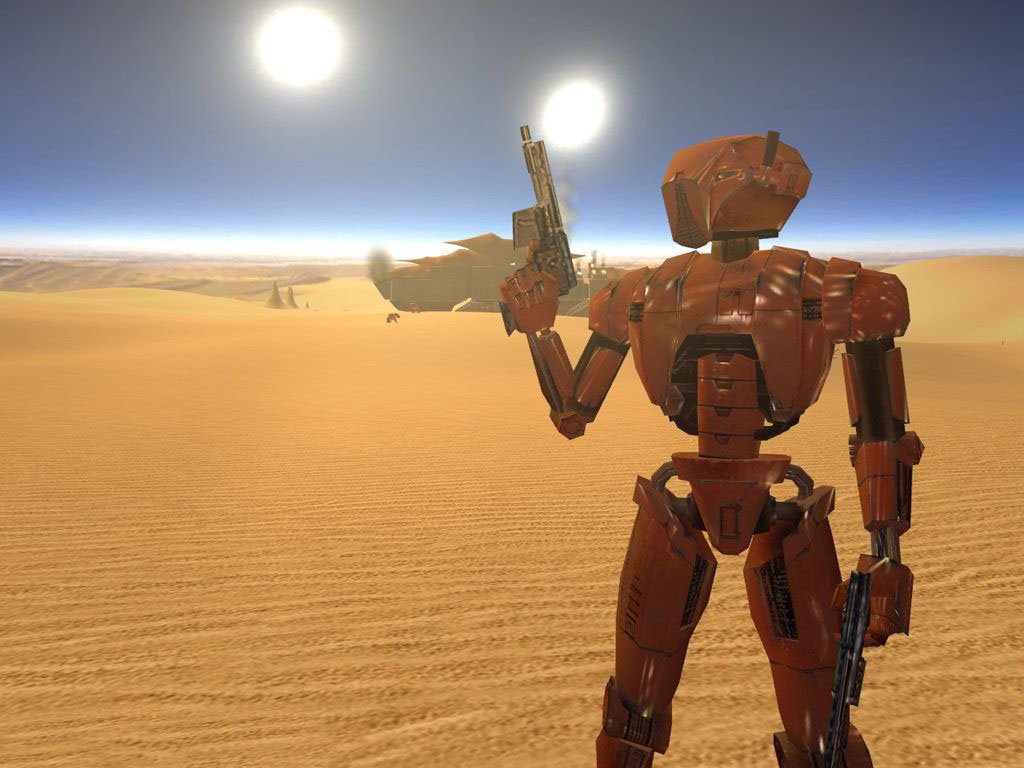 Nothing is ever easy

Let me paint you a picture. It’s 3am in the morning. I’m sleep deprived and fighting insomnia (rational thought has left the building). I’ve been playing Destiny 2 for 6 hours at this point (the mind is threatening to strike). A random thought pops into my head (thousands of brain cells died). “Hey, I’ll find some cool models from destiny to print when my FT-5 arrives next week.” I hop over to Thingiverse and start looking through models. “Hey, this is easy (the last dying words of my frontal lobe).” While I’m at it ill grab a model from Kotor (Knights of the Old Republic) This was a recent PC purchase because steam knows where to kit my wallet.

As the last of my brain cells died I entered the search for a model of HK-47. You know who he is. If you don’t then we don’t need to know each other. Where was I (still hasn’t slept) Oh yeah. Kotor models. Well if the game is current and popular enough finding at least a couple models isn’t hard At most you might have to wait till the game has been out a while but you will get something. If you want something older or obscure you’re in for some work. 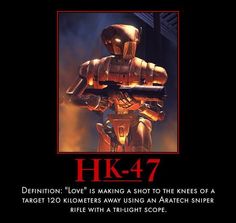 It became apparent that this wasn’t going to be a quick search and download. I went from Thingiverse to grabcad then yeggi, pinshape, Myminifactory and much more with limited success. Eventually, I found a model on sketchups warehouse but it wasn’t an obj or stl so back to the drawing board. Here is where I went stupid for a little while. Bare with me I figure it out eventually. Let’s Rip the model from the game

While waiting for my brain to come out of urgent care I decided to see what it would take to rip a model and then clean it up to print. To be fair I’m not new to meshmixer, netfabb or Fusion 360. I can practical model with little effort so this shouldn’t be hard right? Dear Mystical being was I wrong. First, there is the legal aspect. Companies really don’t want you to pull the models out of their games. I feel this is a marketing gold mine that they are overlooking. Being able to buy the model of your character or your favorite item in a video game seems like easy money for developers. For those of us with no skill at modeling characters or items, this could sell faster than water in the desert.

6 youtube videos and 8 program trials later I was no closer to the model than I was 2 hours ago. I might have been more successful with more modern games or if I spent more time to really learn how to use the program but I’m not learning to use programs for just one print( that is exactly what I was doing). This is the sort of quick fix companies are missing out on. 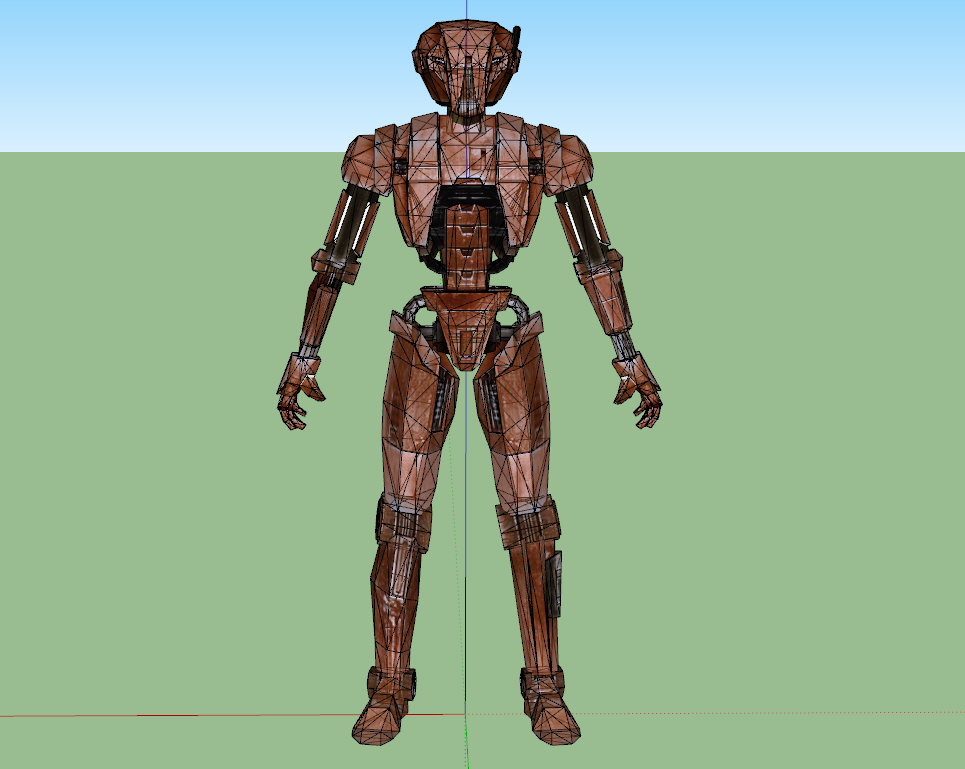 Return of The Search

I went back to scouring the internet for models. I found quite a few but none of the droid I wanted (seriously one of the best droids in all of starwars and almost nothing) It had become an obsession by this point. I was going to find a model I could print or pass out on my keyboard. It was at some point with 20 tabs open (signs of life upstairs)that it dawned on me that I must be able to convert it to something I could use.

Going to the Darkside

I downloaded Sketchup. It’s at this point that I feel I should point out that the site I got it from was sketchups warehouse and because I never used SketchUp I had no idea that is what it was. I found out it was. When I googled the file type it took me to Sketchup. After downloading I was able to load the file and convert to obj. From there I ran it through netfabb and meshmixer. Now I have a file I should be able to print. 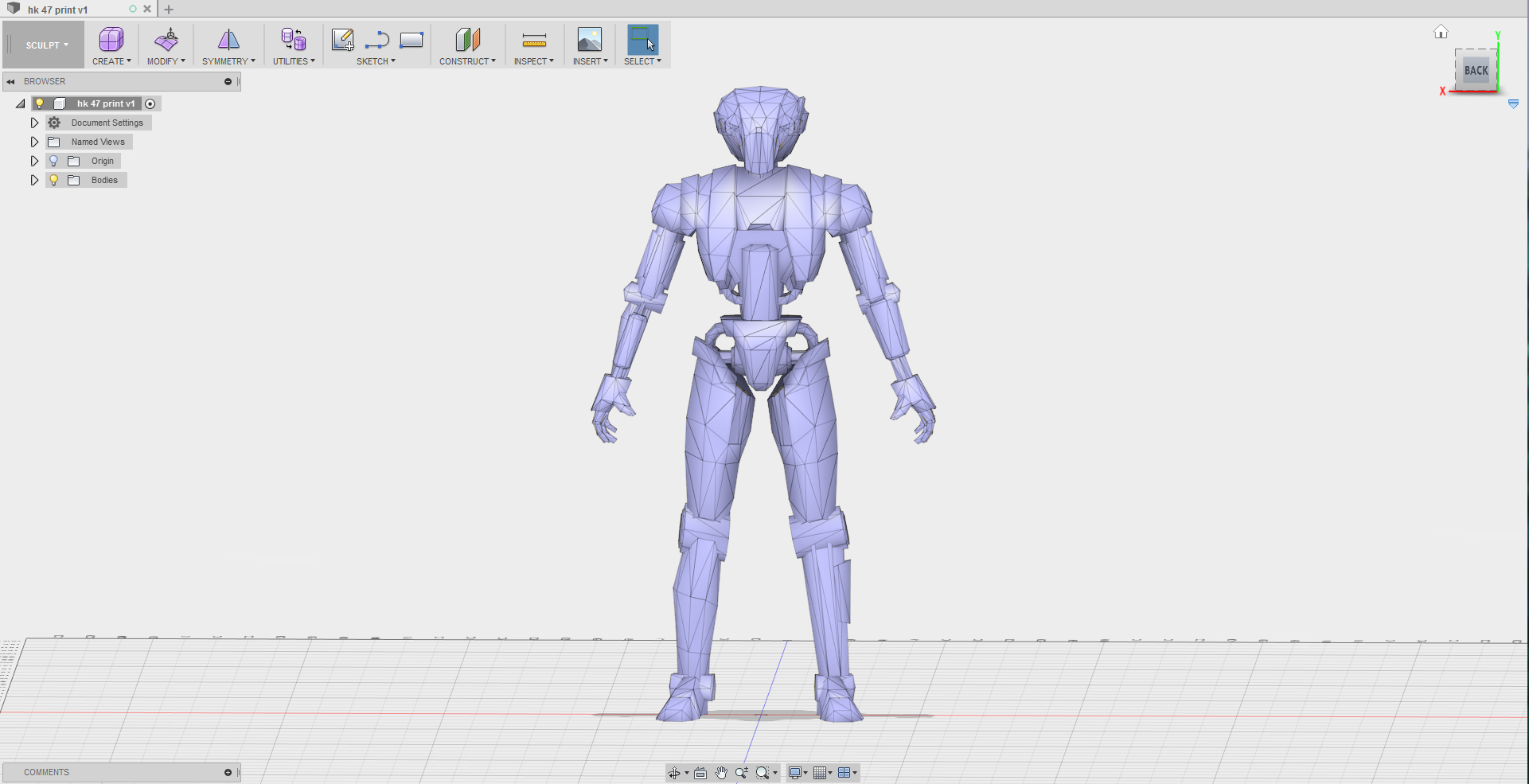 It shouldn’t be this hard. Well for an older game ok but it’s not easy for other games unless they are popular. 3d printers aren’t rare anymore. Hell, they aren’t even really uncommon. Even if they are people would buy renders of their avatar for other reasons. If I could go to blizzard or Bioware and purchase models I would. I’m not a bad modeler but I know my limits. Even if I could it’s time-consuming. I just don’t have the extra time. This is something that costs the company that owns the license nothing and would turn a profit. They go so far out of there way to keep you from getting their models it’s like a back alley exchange trying to get models that aren’t mainstream. I spent hours reading discussion boards with people looking for all kinds of models or how to rip them from this game or that. In the end, my Google-Fu and basic knowledge that should have come sooner got me where I wanted to be. It just feels like a huge untapped well is sitting there waiting for someone to simplify the process.

Make Prototyping Easier with the Protopiper.