Wilbur used to study the motion of birds. The warping of their wings sparked him the idea to use the same principle to achieve lateral control of his flying machine. Yes, we are talking about Wilbur Wright, one of the Wright brothers, one of the first inventors of today’s aeroplane. When a kingfisher darts into water in search of a meal, it hardly creates a ripple. This shape of its beak inspired Eiji Nakatsu, a Japanese engineer to design the front shape of high speed bullet trains. There are innumerable inventions that have been inspired from nature and natural phenomena, the source of which remain hidden under plain sight. But producing an artificial component imitating nature’s construction isn’t easy; infinite curvatures and intricate geometries make any manufacturing expert groan. Probably the best potential solution has appeared in the form of 3D printing, to break the conventional barriers and take us into a new range of things around us by using bionics.

Bionics
The Association of German Engineers (VDI) defines the term bionics as “learning from the design, methodology and development principles of nature for a positive interconnectedness of people, environment and technology”. It means understanding the natural principles of ingenious biological structures which have developed in the course of 3.8 billion years of evolution, and adapting these principles in any of our technical applications. The application could be related to materials, mode of action, overall structure, design or management in any field. Just shifting the traditional perspective into something completely different opens up an entirely new world of innovations. Have you ever wondered how your bones are so strong despite being so light in weight?

3D printing reinforces bionics
3D printing has rightly captured this ocean of bionics with its intricate geometrical capabilities. The ability to generatively build a part layer by layer has made it possible to produce complicated geometries of nature. How in the world would it be possible to produce such a structure as shown below, had there been no 3D printing?

The honeycomb structure is one of the most well-known bionic -inspired forms, found to possess high strength besides being of low weight (known as high strength to weight ratio). Pappus of Alexandria, a 4th century Greek mathematician said, “By virtue of a certain geometrical forethought … (bees) know that the hexagon is greater than the square and the triangle and will hold more honey for the same expenditure of material in constructing each”. And 3D printing slicers have this inherent hexagonal infill pattern which provides an optimum proportion between strength and volume of the material.

Sometimes we get fascinated by the might of tiny micron-size creatures which are even hardly visible to naked eyes. Recently I wanted to build a small bridge using 3D printing, to be light in weight as well as to carry heavy loads. The best results were found by design inspired from diatoms. Diatoms are a group of algae commonly found in oceans, freshwater and damp surfaces. The silicified cell walls in the form of two shells, called frustule, are known to provide enough strength and protect them against aquatic predators. Arachnoidiscus is one of the species of diatoms, known to be light and highly stable. It has a hierarchical cell structure with a thick outer surface, connected to the central portion through radial ribs having relatively lesser wall thickness.

This hierarchical cell structure of Arachnoidiscus was used to print the central beam portion of the bridge. The cellular structure provided cavities at the centre that reduced the weight, and reinforcements at the edges increased the strength. Adapting such structures into the bridge made the design look as shown below.

For the support column of the bridge, design inspired from underwater light weight tree column structures was used. These structures have shapes like voids or bubble foam, into which air masses get entrapped and maintain stability. Utilising these structures made the column look as shown below.

Hence adapting bionics into design and production of 3D printed parts provided low material consumption and good strength, not to mention the additional curvy aesthetics. There are infinite possibilities to extract information from nature and utilise in our designs. Tall trees, tiny grass, beautiful flowers, deep sea fishes, majestic mountains, etc. The list is a never ending one. What makes us human beings special and different compared to other living organisms? (Let’s ignore the so called sixth sense of course). How do we possess so much flexibility, strength, agility, high degrees of freedom, and other such physical characteristics? Is it not possible to tap our own secret into our designs and produce innovative bionic 3D printed environment? 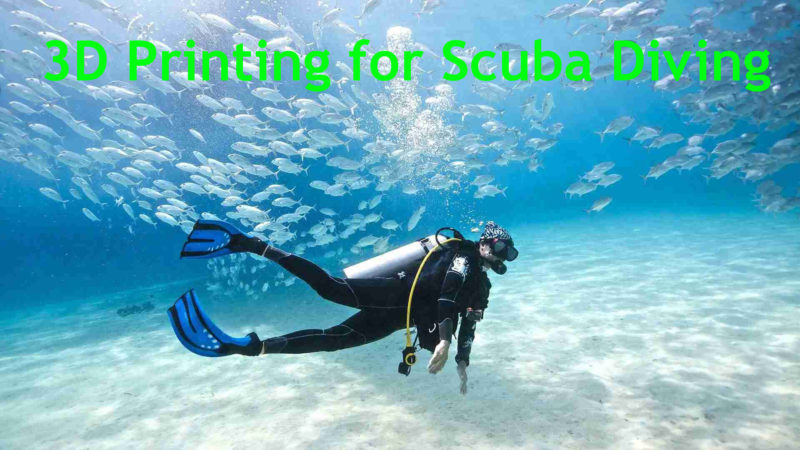