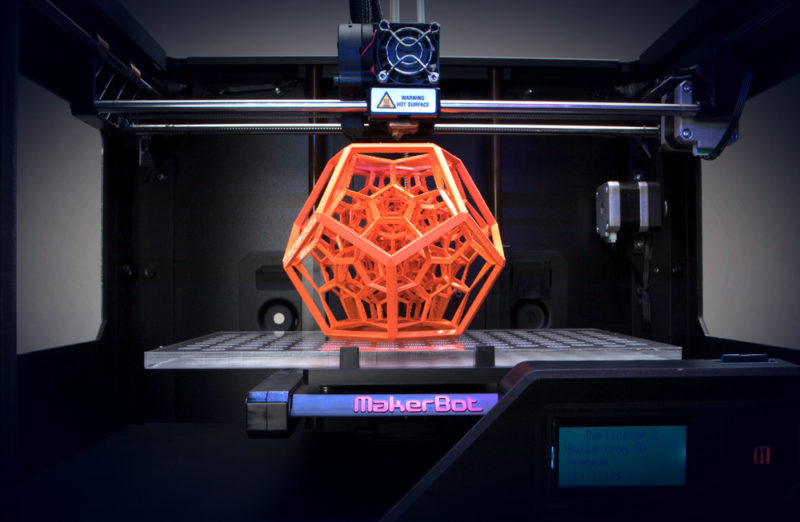 3D Printing Is Not Dying, Calm Down

Relax John Brandon, 3D Printing is in no decline, as you argue it is. You just have to check your facts and claims before making such a bold statement.

It all started on a rather normal day.

One of the 3DPrinterChat group members sent a very interesting article to our Facebook group. Apparently, the author of this article firmly believes that 3D Printing is at a major decline, judging from his personal experiences and beliefs with this technology.

I was bewildered by most of his statements and the arguments he presented. But, for the most part I did not give much interest and focused on writing other articles.

I had little interest in this article. But when I found the same article on Business Insider, which is one of the biggest industrial news websites, I focused all my efforts in rebutting this article.

To be perfectly clear, I am not trying to insult or otherwise undermine the author, John Brandon. I only want to clear out the image he is presenting about 3D Printing, so that ill-informed readers do not get scared and confused. I am also not saying that this article was controversial and bold for boldness’ sake, i.e. written to get views. All I am going to do is I am going to logically and with arguments and proof render his article obsolete, and fix the image of 3D printing, along with correcting some errors he presented. His article started with a failed attempt of his at trying to repair his car’s cup holder. During this story, he presented some arguments sprinkled all over it. And many of those facts seemed a bit shady.

To begin with, the article that he states “broke the ice” of the myths surrounding the capabilities of 3D printing, is for some reason not available. Go check it yourselves:

Now, it may be because of a typo, but I am going on to assume that it was purposefully taken down, until proven otherwise. Why would such an article of such importance be taken down? I can only wonder until I actually see it myself; I am just pointing out the fact.

Another point he makes is that the stock price of one of the greatest 3D Printing companies, Stratasys, is plummeting, because 3D printing itself is losing steam. The stock value drop is legitimate, and quite large, but for entirely opposite and different reasons.

To explain, MakerBot was, for a lot of time, the primary 3D printer of choice. But, from 2015 onwards, there have been so many Startups, Kickstarters, and companies associated with 3D Printing. So that the stock value drop is not because 3D Printing is slowly dying, but because Stratasys is losing its monopolistic power.

Boy, back to the main story, the cup holder incidence. In the article, John complains how his wish to have a 3D printable model cup-holder for his car was never fulfilled.

Speaking as an amateur 3D Designer, making a cup holder requires at least some blueprints, just to fit and not spill everything everywhere.
Preferably, very detailed blueprints would be ideal. Plus, making it foldable must take into consideration the spaces between the parts, the strength, and other factors.

If we wishes to, he could try to make it himself in one of the many free online CAD tools, like TinkerCad, and figure out how difficult it is. Being a professional does not change the fact that it is difficult, complex, and perhaps not worth the time to spend on a near-total stranger.

The next paragraph he writes completely blew my mind. He talks about a bicycle bottle holder that he printed, which broke in the first run. Need I remind you that you are printing in plastic at minimal costs, and that plastic was carrying half a kilo of water?

The holder might have broken, but one can either improve the design himself to fit the bicycle and enforce the broken part, or just print another one, its cost is less than a dollar. Or in the end, enforce the part itself by strapping it with tape around its perimeter.

But, I understand how a design is expected to work the first time. So I ask, was the bike experiencing large shocks and trembles? One should set realistic expectations when dealing with plastic parts found online.

The one thing he mentions that I still cannot understand is the price he sets for “a relatively short spool of filament”. He claims that it costs $65. The first thing I thought was: Was this article written in 1999?

Simple spools of ABS and PLA, that contain 330 meters of filament, which is more than enough, cost $25 to $30. Exotic filaments may even cost two or four times that price, but they contain reasonable amounts of filament. So I ask: Was the filament he used made of platinum?

Or, is he trying to exaggerate his view that 3D Printing is over-inflated and costly, i.e. not worth your time? Again, I cannot and will not take a specific position on this subject.

He then complains that 3D printing is restricted to printing “Yoda heads”. He says that he cannot use it for a specific, functional, and industrial purpose. Here I have to set some boundaries:

3D Printing was conceived, developed, and aimed to be the state-of-the-art Rapid-Prototyping method. So, if I wanted to print a weird gear, for example, I need not make a brand-new, expensive, and time-consuming mold, or hire a CNC machine. I just have to send the command to a printer and I’ll have the part in hours, rather than days or weeks. Plus its cost is pennies worth of plastic and electricity, rather than a block of metal or a brand new mold.

TL;DR: 3D Printing is not meant to make functional model, but is meant to make prototypes for qualitative observations: it’s shape and dimensions.
Note that the cost of 3D printing is a recurring theme throughout this article that I will tackle as a whole later on.

After these personal stories, the author goes on to present 4 “lessons” he learned from his experiences. “Lessons” is, honestly, just another name he gives to his complains and hate towards 3D printing, as he just continues to give reasons why 3D printing is dying.

The first point is called “Make sure you try it yourself”, where his main complaint is how complex 3D Printing is. To this I have only one thing to say, and I am aware of how it may backfire to me.

I am a 16 year old student from Greece and manager to operate a low-end 3D Printer, i.e. one that is not so user friendly as $1000 models. I am neither a prodigy nor is my father a mechanical engineer. I am just interest in the technology, I am the target audience of it.

So no, it is not that complex. If you are interested and have a general knowledge of what you are doing, everything is going to go okay.

To give another example, the first time I tried to cook, the end result was more of a brick rather than spaghetti. That does not mean cooking is in a decline. I am just not competent enough or have not done enough preparation and research.

His second “lesson” is “Ask hard questions”, with which he means that he is a bit speculative of the potential progress of 3D Printing (this is open for interpretation; I could not find a better summation).

There is just one thing I want to discuss here, his final sentence:
That won’t happen [selling 2.1 million 3D Printers by 2018]. It’s really hard to sell a product that barely even exists anymore.

Firstly, the hyperlink he has posted there is about an article about MakerBot not making their own printers, but outsourcing production to China. This is a more confusing and misleading title than was my thumbnail in my previous article, and I got scolded pretty hard for it.

Plus, the whole sentence is purely speculative, even if it is worded as a fact, with no evidence presented, other than the fact that in 2012 about 34.010 printers were sold. I can do nothing but wonder how the author drew such conclusions for a technology that has taken the tech world by storm. But he is entitled to his opinion, as long as he does not present it as fact.

Point three is entitled “Talk to the outsiders” and can be summarized as “talk to people that are not 3D Printing junkies (like me)”. Fair point indeed, but one minor point of discussion needs to be made.

His point rotates around the opinion of a Ford representative, who, working with multimillion-dollar prototyping machines, was skeptical, to say the least, of the industrial uses of 3D Printing.

Quoting the original text, “His view was “wait and see,” and that’s still true”. How such a response can be associated with 3D Printing dying is beyond me but, nonetheless.

As I said before, traditional 3D Printing uses Plastic, and should be used for qualitative observations and prototyping. I believe it is apparent to virtually anyone that such devices, or any other device in fact, cannot compete against the multimillion-dollar, custom-tailored machines of a giant such as Ford.

The author presents a point for a different argument. The fact that 3D Printing cannot be compared with machines of extremely high precision and costs is not a signal of the decline of 3D printing by no way, shape or form.

The fourth and final “lesson” is about the costs surrounding 3D printing. This is the one point that I have to clarify first.

3D Printing gets easier the more one invests in it. The power, capabilities, and ease of use increase with the cost. The Ultimaker 2 cannot be compared with a Wanhao Duplicator i3, not by a long shot. But neither can the cost associated with the two of them.

Now, to actually do the math:

For 3D printing, I have personally purchased the following:

Note that the filament is more than enough to last my needs for one and a half year at least.

But, even this is a theoretically pricey setup. One can go even lower:

So no, it is not that costly if you know what you are doing, what you can expect and what to search for.

3D Printing is not as this man portrays it is. I write this article to show that it is not dying at any rate, and is not as useless as this writer wants his audience to believe it is.

“Before you jump on any bandwagon, it’s best to take a close look at the seating, the wheels, and the bumps on the road.”

This is the one correct phrase I can agree with.

Practice what you preach.

Can you print your own DNA? Strengthen your 3D printed models using bionics