A 3DPrinted Roller Coaster? For a while, I’ve been stalking this project. Checking all pictures, videos, and stories on Instagram.

This guy from print_my_ride got 3DPrinting and robotics to a new level.

And today they release the STL’s for you to build one too.

I was able to reach Matthew James, one of the masters that worked on this awesome project, and had the amazing opportunity to get an interview with him.

Contents hide
1 print_my_ride – Interview
1.1 1) Where the idea came from?
1.2 2) Why use 3DPrinting?
1.3 3) How difficult was to design and build this Roller Coaster? What was the most challenging part?
1.4 4) What kind of electronics is in this project?
1.5 5) How many kilos/pounds of filament was used for this project?
1.6 6) How big is it?
1.7 7) What was your motivation for leaving the files accessible on MyMiniFactory(MMF)?
1.8 8) What is the next project you’ll be working on?
1.9 The 3D Printable Roller Coaster Files – For download

1) Where the idea came from?

Since I was little I had this dream of becoming a roller coaster designer, like many others. I had made a few static models but was never satisfied because they were not working. When I was younger I did not have the money or tools available to create a coaster that worked so it wasn’t until recently that I had the opportunity to pursue the dream of creating a working model.

I became interested in 3D Printing back in 2011 in on of my engineering classes. We were tasked with making a toy that incorporated a mechanism using an SLA 3DPrinter. After taking that class I was fascinated with 3D printing and slowly began buying my own. I have owned many different models, and they are always rotating within my apartment. Right now I have seven printers of my own. With all this interest in Roller Coasters and experience with 3EPrinters, a 3DPrinted Roller Coaster was bound to happen!

3) How difficult was to design and build this Roller Coaster? What was the most challenging part?

The CAD design took only a week to complete and was very straightforward. I earned a minor in CAD (manufacturing graphics) while in college, this helped make the design period straightforward. I had two significant challenges on the actual coaster itself. First, getting the train to complete the circuit was a challenge. Originally the coaster had 3DPrinted rails (the part the coaster runs on), but after sanding and vapor smoothing the train still vibrated too much on the rails. I had to then go back re-print the entire ride without the rails and then glued butyrate tubing in its place which then allowed the train to run freely throughout the entire circuit. The second challenge was getting the lift hills to work correctly. This required a lot of back and forth dealing with the Arduino programming and the magnets that hold the train on the lift.

4) What kind of electronics is in this project?

The logic is all controlled by an Arduino Mega. I use 42 pins out of the 54 that are available. I have the whole coaster powered by a 12v PSU and have an H-bridge driving the two DC motors that operate the lift hills. The station incorporates 9 servo motors. 6 for the seat restraints, 2 for the floor, and 1 for the gates.

5) How many kilos/pounds of filament was used for this project?

To build this Roller Coaster, you will need about 9 kg of filament. When I created this coaster, including the trial and error, I used up 22 kg. To print the track pieces alone it took me 450 total printing hours.

7) What was your motivation for leaving the files accessible on MyMiniFactory(MMF)?

I feel like a project this big was meant to be shared. Not everyone will be able to see it in person, but they will have the opportunity to build it themselves if they have a 3DPPrinter. In addition, I wasn’t going to be making money off the coaster, so I had no reason not to share. I used MMF as the host because the site just makes everything easy to upload and is much nicer than other hosts.

8) What is the next project you’ll be working on?

It will definitively be another 3D Printed Roller Coaster, a bigger coaster. Right now I am just working out the details of which coaster to make. I have had countless suggestions but I have not yet landed on a particular ride to recreate. Stay tuned for updates!

You don’t have the slightest idea about how excited I’m about this project! It’s so awesome, that ‘awesome’ don’t get close to the feelings that I have for this art that Matt has done!

If anyone has questions on the assembly of the coaster (if they are building it themselves) just shoot me a message on Instagram and I will see if I can help out.

Let me know in the comments below what you think about this project and if you have the courage to print this Roller Coaster and start your own amusement park.

I found out a video on Youtube about the project! \o/

Check out my previous post: Turn On the Lights: 3DPrinted Lamps 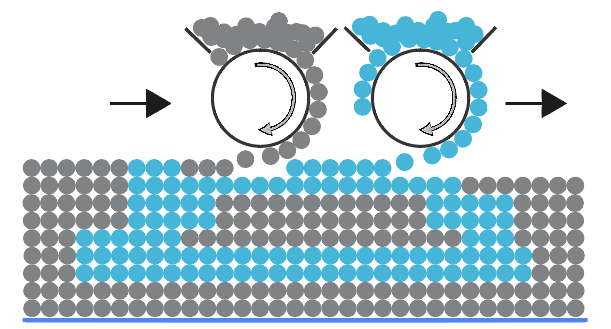