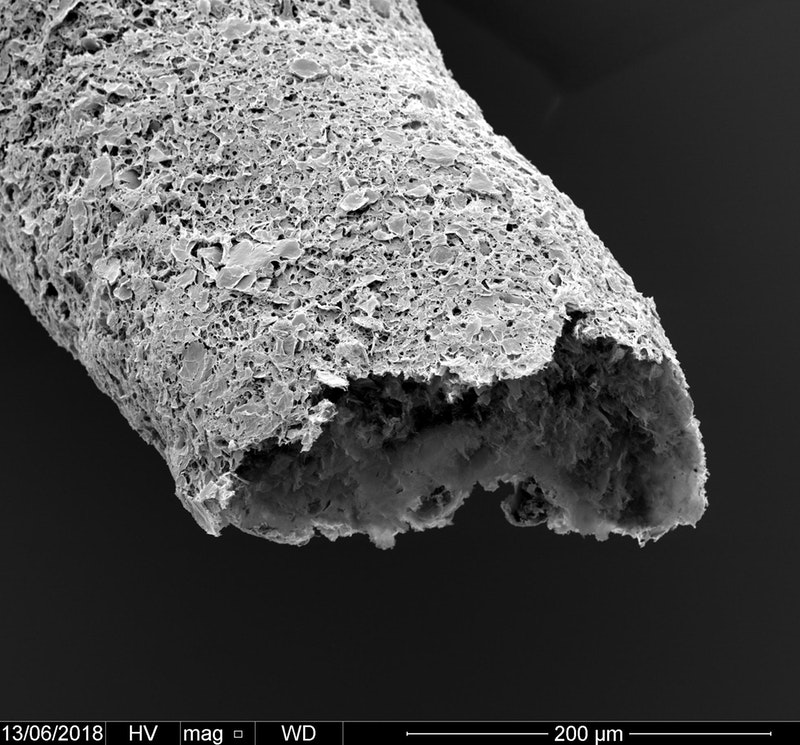 Scientists are working tirelessly, taking full advantage of 3D printing technology to develop a biomaterial and technologies that would hopefully one day be able to create conditions that would enable the 3D printing of whole organs.

New advancements using 3D printing technologies in the field of regenerative medicine have been made by a team of international scientists who have discovered a new biomaterial suitable for 3D printing tissuelike vascular structures.

The research was published in the peer-reviewed open access scientific journal Nature Communications. Led by Professor Alvaro Mata at the University of Nottingham and Queen Mary University London, the paper details the development of a new biomaterial, graphene oxide with a protein that can be 3D printed into tubular structures that replicate some properties of vascular tissue.

“This work offers opportunities in bio-fabrication by enabling simultaneous top-down 3D bioprinting and bottom-up self-assembly of synthetic and biological components in an orderly manner from the nanoscale. Here, we are bio-fabricating micro-scale capillary-like fluidic structures that are compatible with cells, exhibit physiologically relevant properties, and have the capacity to withstand flow. This could enable the recreation of vasculature in the lab and have implications in the development of safer and more efficient drugs, meaning treatments could potentially reach patients much more quickly.” Professor Mata

“This could enable the recreation of vasculature in the lab and have implications in the development of safer and more efficient drugs, meaning treatments could potentially reach patients much more quickly.” Professor Alvaro Mata

The whole research is based on “self-assembly”,  a process in which a disordered system of pre-existing components forms an organized structure or pattern as a consequence of specific, local interactions among the components themselves, without external direction. This is the fundamental process of tissue growth in the body.

The biomaterial the research is focused on is made by the self-assembly of a protein with graphene oxide. The mechanism of assembly enables the flexible (disordered) regions of the protein to order and conform to the graphene oxide, generating a strong interaction between them. By controlling the way in which the two components are mixed, it is possible to guide their assembly at multiple size scales in the presence of cells and into complex robust structures.

“There is a great interest to develop materials and fabrication processes that emulate those from nature. However, the ability to build robust functional materials and devices through the self-assembly of molecular components has until now been limited.” Says Dr. Yuanhao Wu, lead researcher on the project “This research introduces a new method to integrate proteins with graphene oxide by self-assembly in a way that can be easily integrated with additive manufacturing to easily fabricate biofluidic devices that allow us to replicate key parts of human tissues and organs in the lab.”

The results of this research further validate the anticipated value of 3D printing in medical science. The global 3D printing market size was valued at USD 11.58 billion in 2019 and is expected to expand at a CAGR exceeding 14% from 2020 to 2027. Globally, 1.42 million units of 3D printers were shipped in 2018 and this number is expected to reach 8.04 million units by 2027.

village for the homeless is getting into 3D-printed houses