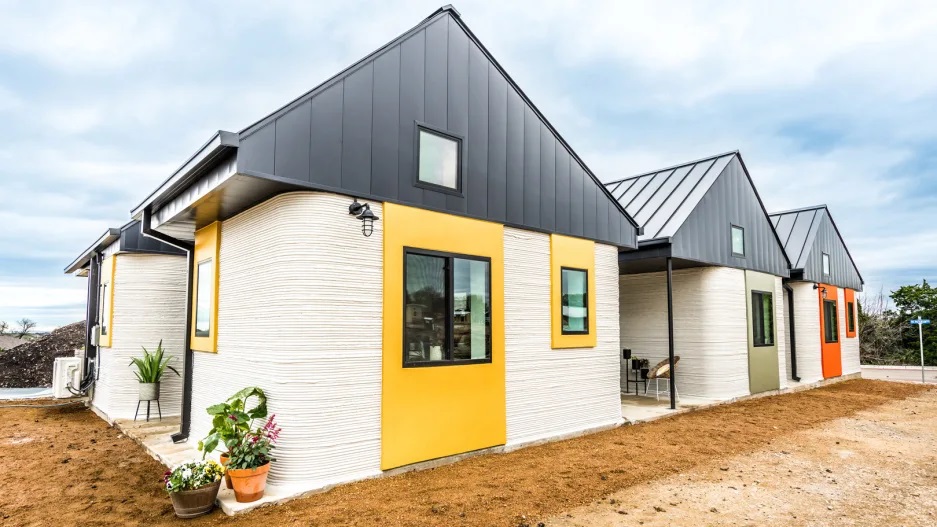 village for the homeless is getting into 3D-printed houses

Icon’s proof of concept for efficiently building exceptionally cheap houses for low-income individuals or the chronically homeless has paid off. The project is moving unto 3D printing low-cost houses, a small house with walls made from a concrete-like material that were automatically extruded from a giant, 33-foot-long machine. The houses are meant to upgrade the living conditions for a homeless community outside Austin, Texas from RVs’

The burden to solve America’s chronic and ever-increasing housing crisis which “Right now, even if all builders in America were working at capacity, we still wouldn’t be building houses even to achieve replacement rate for the houses that are falling apart or getting too old, much less deliver housing for all the population growth in a lot of major urban and desirable areas,” Jason Ballard, Icon’s co-founder, and CEO. reiterating that the printer can work autonomously and continuously, it’s a faster way to build.

“When we were first trying to imagine how we could use technology to tackle the global housing crisis, we couldn’t find anything else that had all of these promising advantages,” says Jason Ballard.

Using custom lowcost 3D printing material, the printer extrudes material following a blueprint set in the machine’s computer to simultaneously raise 3 houses at once. The walls can go up as high as 8.5 feet and as wide as 28 feet. The printer is also able to fully print one house in about 24 hours.

The community was established in 2015, created by real estate developer Alan Graham, who had spent the past two decades volunteering on the streets of Austin through a project called Mobile Loaves and Fishes. Rather than just providing housing to those experiencing homelessness, Graham wanted to provide a true sense of community.

3D Printing Stocks Fell As Much As 16% in February