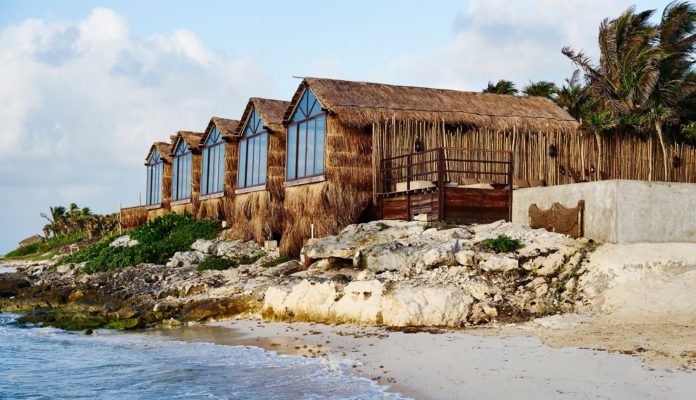 A new startup with a vision to cut the cost of building hotels has turned to 3D-printed flatpack designs to achieve this. Habitas has been able to raise $20m (£16m) from investors who are interested in Habitas’ work including the founder of Uber’s Travis Kalanick and Tim Steiner, Ocado’s chief executive.

Travis Kalanick and Tim Steiner are just some of the prominent personalities offering financial backing to the new hotel start-up.

The idea for Habitas was nursed out of a camp at the Burning Man desert arts festival. The company’s new $20m fund will allow it to expand its “3D-printed hotel” concept to new markets in Asia, the Middle East, and Africa. The 3D printed building’s design and models have gone through extensive testing in Tulum, Mexico.

Oliver Ripley is a co-founded of Habitas which initially started as an events company. Mr. Riley said he spent a period of six months building the investor base, which will also act as a “brains trust” as the hotel company expands.

Mr. Ripley speculates if things go according to plan, that Habitas will be able to have eight locations by the end of the year. Habitas says a Namibian hotel is due to open this month, with 10 to 12 following a year thereafter. He has recently visited Bhutan and Saudi Arabia to explore locations for its lightweight hotels.

Habitas hotel rooms cost $200-$400 a night. The company’s structures revolved around traditional hostels and five-star hotel-style buildings. Their more expensive hotels are aimed at millennial tourists looking for a social holiday rather than a “fancy lobby”, according to Mr. Ripley.

“We are focusing more on the people, the community, the experiences — a little bit like Club Med for our generation,” he said.

“What is the equivalent to Club Med for us? Incredible experiences with food, with music, with the right kind of wellness — not the fanciest spa but really just reconnecting.” he continued.

The company builds its own hotel rooms in Mexico using 3D-printing technology. It flat-packs the basic structures of its rooms and ships them to the location, where they can be customized to fit the local environment. Mr Ripley says it can manufacture about 100 rooms per month. “We assemble them like Lego,” he said.

The technique Habitas uses to build their hotels is similar to those used by modular housing start-ups such as SoftBank-backed Katerra.

This process means that entire Habitas’ hotels can be constructed within six to nine months, Mr. Ripley said, and earn a return on investment within two years — far faster than most traditional hotels.

Habitas could expand into franchising or even social housing in the future.

The company has set up two subsidiaries to keep its real estate and manufacturing operations separate.