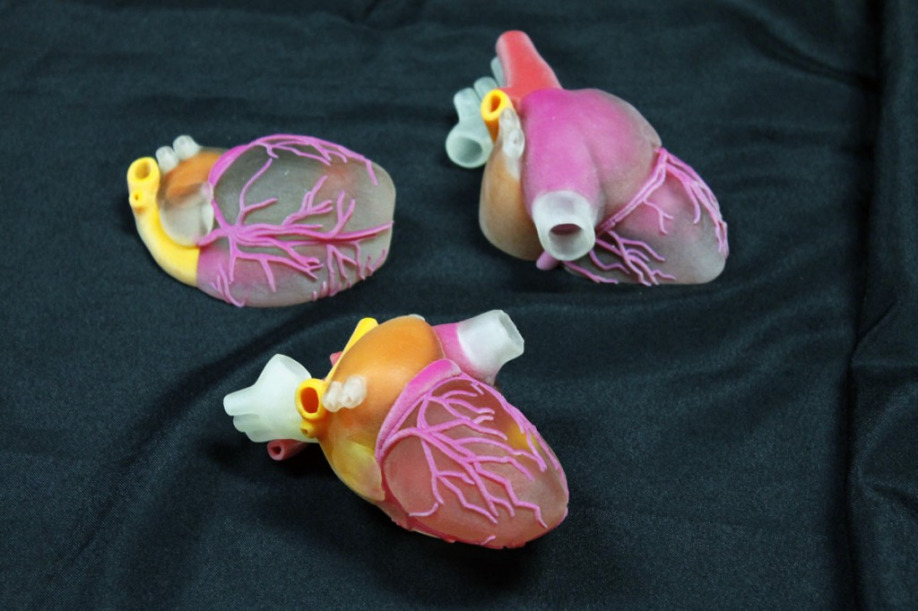 The development also makes possible the production of a wide variety of biosynthetic tissues and drug delivery devices.

Their work focuses on a patented 3D printed process that uses PVA to form multi-use medical devices and tissues. Their work is aimed at helping the medical community’s ever-increasing need to have tissue replacements or medical devices that can be easily fabricated even on an on-demand basis.

The team just received approval for a patent from the United States Patent and Trademark Office. The patent illustrates a novel twist that uses PVA, a tunable material, that is also commonly used in the medical industry to 3D print tissues.

This will hopefully solve current 3D printing for tissues which is a highly complex process that requires a specialized laboratory and printing facility.

“By the time Christen came to the lab (LSU Health Sciences Center Laboratory), we began thinking we could use PVA and stabilize it, so we created an approach that uses gas-based 3D chemistries to stabilize it. And this is really kind of a breakthrough because anything can be made, we could 3D print this bioplastic in any shape and so far, it seems to be extremely biocompatible,” described Alexander during an interview with 3DPrint.com.

According to Boyer and Alexander, the method generates biologically compatible 3D printing scaffolds that support cell engraftment because of the high level of protein binding, which is a result of the stabilization process. Additionally, these matrices can be stored frozen until needed, and even frozen 3D milled for patient-specific anatomies.

“This chemistry has actually been described before by other research groups, but what has been primarily done with those is that they have used them to create films and nothing three-dimensional. Instead, we use 3D printing to create a large variety of different shapes that can be made to patient-specific contours and needs and then we use a gas-linked cross-linking process that stabilizes it so that it can be infiltrated with cells, matrix proteins, and more.” Alexander continued.

Boyer and Alexander managed to transform their lab at LSU into a tissue engineering lab now equipped with six 3D printers. The researchers rely heavily on traditional FDM and SLA printers. Also, they depend on Boyer’s programming for creating the G-code and the STL files from the patient data.

Moving forward with their collaboration, they plan to keep working together, even though Boyer has recently begun working with bioprinting market leader CELLINK. This year they will extend their work to develop synthetic meniscus using some of the materials they have been working with for the past years.

Toxic AM waste is recycled by Globe Metal.