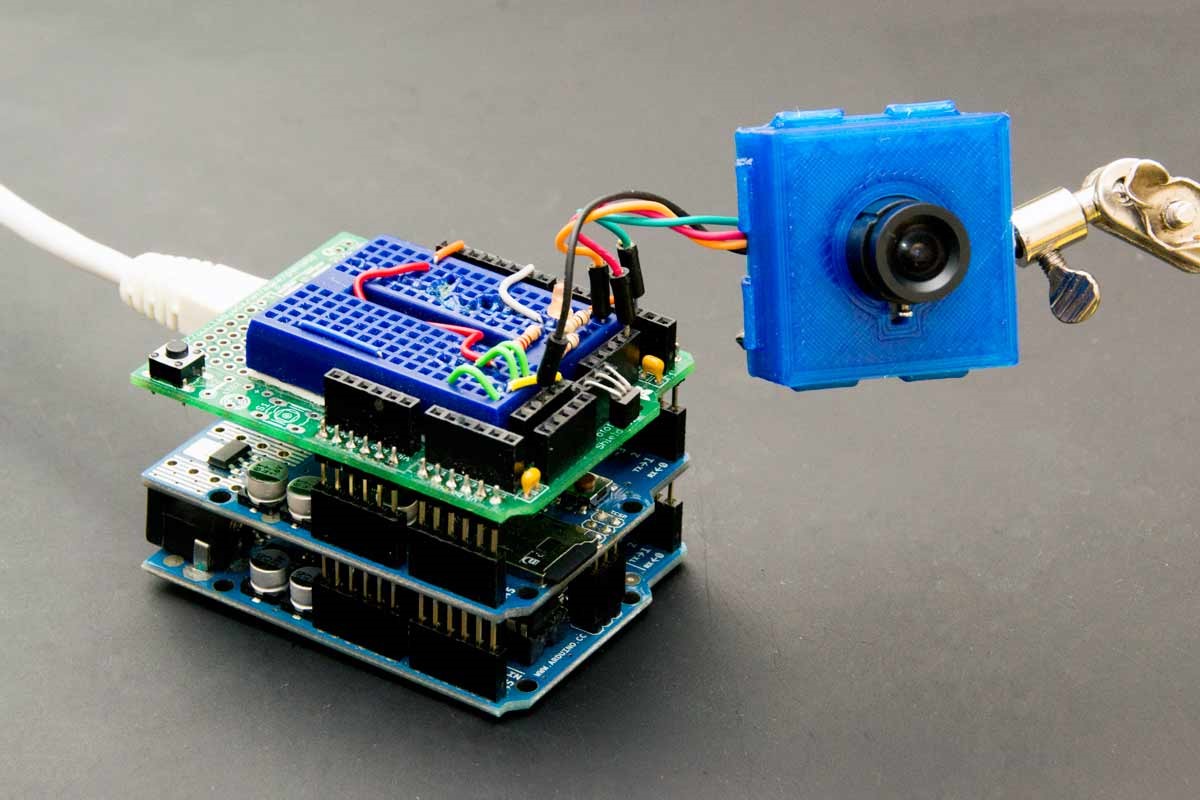 Watch your 3D Print through a Camera online using Arduino

Watch your 3D Print at work through a Camera using Arduino

It is an interesting idea but you need to put little efforts. The very first step to monitor a 3D printer via camera is to interface a quality camera module with ‘Arduino Uno’ so that it can process all records easily. In order to build this project you need to buy an arduino micro controller, a serial TTL JPEG type camera and one Ethernet Shield. The code for interfacing is created by using JPEG type camera from Adafruit. How to connect camera to Arduino?

If you are working with Raspberry then it is good to module type Raspberry Pi as it possess Mobile Industry type Processor Interface for Raspberry Camera and it use to communicate via serial data link. You can easily make connections between small camera and main Broadcom processor (BCM2835). It actually acts like a camera port that facilitates bus type connections between both devices.

You simply need to generate a source code using Arduino programming and add some additional AJAX response lines which can simply toggle few dedicated pins on Arduino. You can set these printers to directly form a connection with few headers on 3dprinting machine or on to an inline power switch so that you can toggle it at the time of any problem. There are so many other varieties of cameras available in market which can easily communicate with Arduino and Raspberry and selection completely depends upon application requirements; Arduino serves with easy to process camera interface. Most of image sensors or Arduino camera units use to send lots of data to Arduino and hence create unwanted loads over processor, while reducing its ability to make quality analysis. If you wish to monitor your 3D printer activity in real time basis then it is good to go ahead with “Pixy” that is a fastest image sensing module with dedicated processor on it. It transfers only necessary information to Arduino or Raspberry with a rate of almost 50 frames per second so that controller can easily process them. Pixy use to detect objects on the basis of their colors and it has ability to identify hundreds or colors at a time. It can accurately determine from where one object starts and where it ends so for delicate 3D printing technologies you can use this high end resolution type camera module. You can easily access data from Pixy module onto Arduino by using any of these available modes: analog out, digital out, I2C, SPI, UART Serial etc. It is a low cost solution for better data processing.

To interface these modules together and process the recorded output of 3D printer activity, you need to write an Arduino supported program code and burn it on to your device so that it can behave as per your desired application. This data can also be stored to MicoSD card by using simple interface between Arduino and card reader module and writing few commands into program for read and write of SD card.

How To Maintain a Lulzbot Taz 5 3D Printer