Stephen Waterhouse is a 53-year-old HGV driver and father who lives in the UK. He was diagnosed with throat cancer in his right tonsil almost ten years ago. Although Chemotherapy and radiotherapy treatments did work successfully, and Stephen’s  cancer went away three years ago, his jawbone started to crumble as a result of the same medical treatments.

By fortune, Stephen received the right attention from the Royal Stoke University Hospital just on time.

Royal Stoke University Hospital is part of the NHS University Hospitals of North Midlands (UHNM). This last actually purchased a £150,000 3D printer two years before Stephen would sought for help; The machine is the only one of its kind in the UK and its use was crucial to manufacture a new jaw for the patient:

A 3D model design from scanning of Stephen’s remaining intact jaw got 3D printed as a mold. Then it was used to reconstruct the jaw using bone taken from his fibula. He clearly came to the right place for the 12-hour-long reconstructive surgery.

New software for the 3D printer was developed last year, allowing to plan and execute the whole process within the Royal Stoke University  Hospital. On the contrary, Stephen may have had to travel to Germany for the operation to be completed. 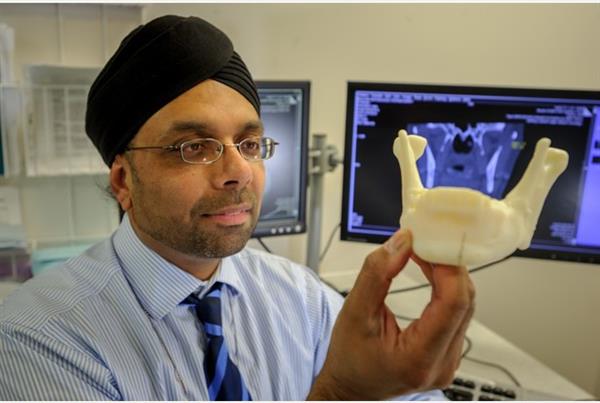 According to Daya Gahir, consultant in maxillofacial and head and neck surgery, the hospital does “at least 40 major head and neck reconstructions per year. 10 to 15 cases more will be also executed in this way, using the same 3D printer.

Using the 3D printer saves a lot of time and effort for patient and medical team alike. It also cuts costs (around £11,000 in savings for each case that carries out the whole surgical process on-site).

Stephen is still in recovery and he feels thankful with the attention given from the whole staff; most of all, because of the effectiveness of the surgery:

“I am so pleased with the results,” he says, “you can’t tell the difference between the two sides of my mouth.”

In my opinion, I say it’s amazing how 3D printing is taking place with increasing regularity in all kind of surgeries; In this occasion, 3D printing technologies were put to use at different stages. Moreover, patients are seeing a huge improvement in their health thanks to the benefits this technology offers. 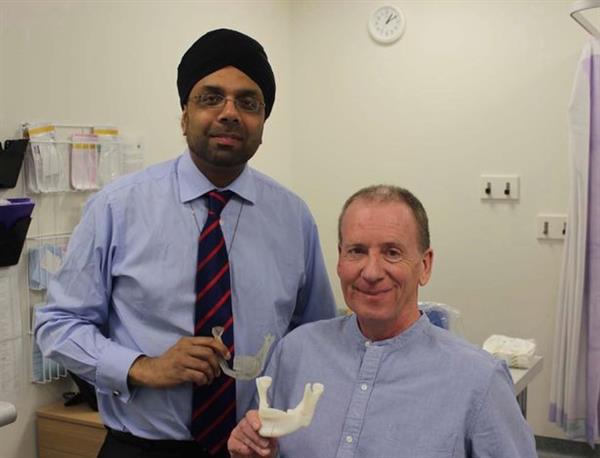 Use Smooth Sill silicone to get more from your 3d Prints