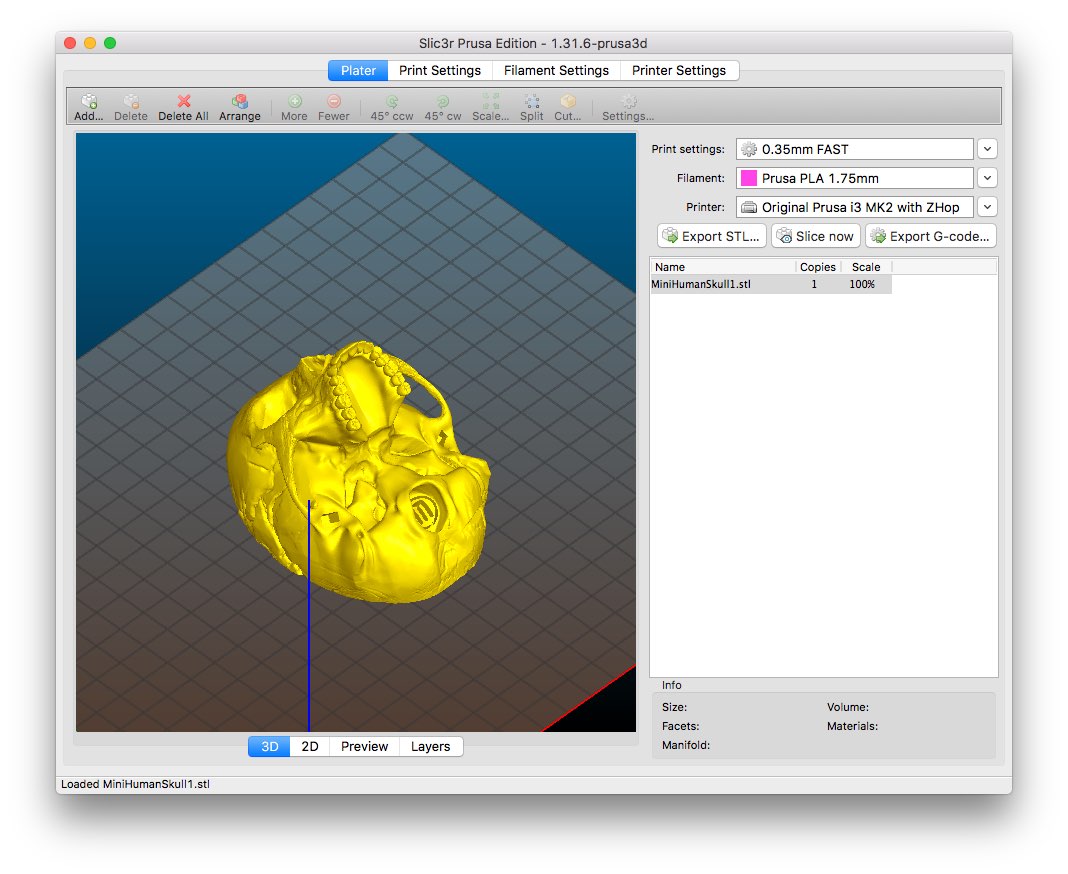 Slic3r is one of the most important pieces of software in all of 3D printing. We are going to look at this software as part 1 of a 4 part series where we investigate the best 3D printing software, so you can choose the right tools for you.

Contents hide
1 What is Slic3r?
2 Why would a beginner use Slic3r?
3 What would an advanced user get out of Slic3r?
4 Prusa and Slic3r
5 Slic3r Conclusions

Like most software, and hardware for that matter, in 3D printing, Slic3r is a free, open source (under the GNU GPL license), “slicer” program for Windows, Mac and Linux, first written by Alessandro Ranellucci, and more recently with amazing additions from the Prusa 3D company.

While it feels like Slic3r has been around forever, it actually dates back to 2011, when the RepRap community was really kicking into full steam.

Many people only know it as part of their 3D printing host program (Pronterface, Repetier-Host, ReplicatorG, etc), if they realize they are using it at all, but that is part of the beauty of Slic3r in that it supports so many environments, operating systems, and hardware, and all for free. You will often see it bundled with printers, from the budget-friendly starter printers right up to printers in the prosumer level. In fact Lulzbot parent, Aleph Objects, Inc, sponsored the user guide and manual, and Prusa 3D have been adding to the software massively recently.

Why would a beginner use Slic3r?

As mentioned earlier, one of the most important and key reasons anyone would use Slic3r, at least to begin with, is the software is often bundled with your machine. Just think for a moment the experience of first using a 3D printer. Following instructions, setting up the hardware and software, configuring and calibrating. It’s all much easier when you are on the same page as the support helpline, community, and knowledge base.

In most cases that first use, then, is going to be with supplied software and configuration, and away you go. It’s ubiquitous so you can always find help in the community too. For anyone starting from absolute zero, there is a configuration wizard that asks you the usual questions such as what kind of printer gcode flavour you are talking to (which might be confusing to beginners, so better to look that up or ask – if you have to ask, it’s probably RepRap Marlin, though), bed size, nozzle size, and so on. It’s not pretty but it does the job.

In use it has all the features that you would expect. You can manage speed, layer height, temperature, infill, and so on. It also has a basic STL repair tool that is not as effective as dedicated tools but still worthy of inclusion.

What would an advanced user get out of Slic3r?

Many people never progress from Slic3r for good reason. It does what it needs to!

But what about if you have several slicer options, what then?

One of the features people enjoy with Slic3r that is either missing, or not as readily usable as in Slic3r, is the ability to have variable layer heights.

With regular slicing your choice of layer height is a trade-off. Do you go for:

Now, obviously, in reality it’s not that simple. You might have a model that is a treasure box. The bottom 60% is just a square box, with flat sides. The top is where you need the detail, as it curves you don’t want the visible steps that a large layer height would cause. Then again, you don’t want the entire print to extend for addition hours unnecessarily.

In some applications you would cut the two parts into separate print jobs then recombine them, but in Slic3r you have the option of setting the layer height where you need it, based on layers.

If you want to really see what Slic3r can do then you need to head over and grab the Prusa edition of Slic3r. Out of my entire always-growing collection of 3D printers, it was Prusa that brought me back to Slic3r, and I am so glad they did.

The developers at Prusa are optimizing everything in the software, taking the original open source code and rewriting into C++ and adding code features such as parallelization in order to get more out of modern computer hardware.

While Slic3r Prusa Edition is included in the Prusa3D Drivers package for the Prusa i3 Mk2 printers, that’s not to say it’s only worthwhile for Prusa style printers.

Thankfully, the main faults of Slic3r are being addressed by Prusa. Most of the complaints historically were speed, clunky UI, and lack of development versus other software. That said, it’s still not the prettiest, and can be intimidating to people new to 3D printing. It does kind of look like something from 10 years ago, rather than using the latest and greatest design language. Where it shines though is its ubiquity and expanding capabilities, at a cost anyone can live with (free!).

Get the Prusa edition of the software here, and look out for the next entry in this series where we look at what’s happening in the world of Cura.

3D Printing in the Classroom