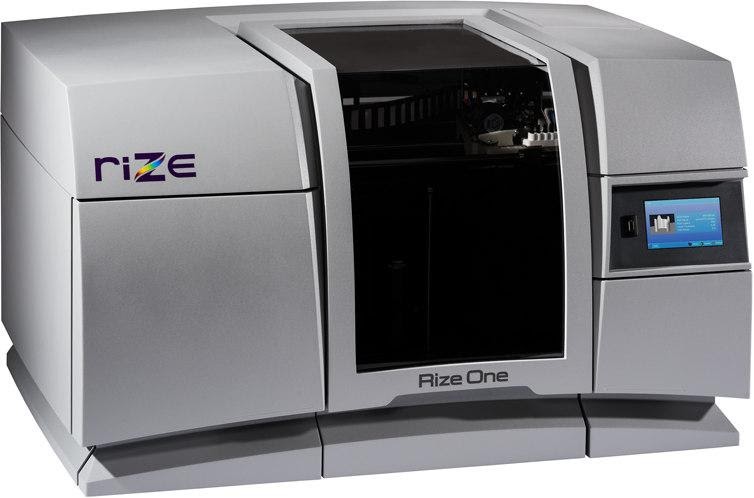 The UL 2904 GREENGUARD Certification is an industry standard for 3D industrial printers and the RIZE One industrial 3D printer is the first to receive said certification. The certification covers both the machine and its Rizium One filament, release and marking inks.

This certification aligns with RIZE’s goal to maintain a leading position in the sphere of 3D industrial printers. The company is known for having developed and patented a hybrid printing technology it has termed “Augmented Deposition.” This technology has seen RIZE worked with institutions like NASA, the U.S. Army, PSMI and a few key universities on various projects to meet their 3D printing demands.

The certification is developed by UL, a well-known and well-regarded safety science company that studies emissions and waste from 3D printers. The UL 2904 certification test and classifies a 3D printer or material for acceptable levels of Particle and Chemical Emissions.

UL’s study that brought to light polluting aspects of 3D printers determined that many desktop 3D printers release terrible pollutants into the air. Waste particulate matter, known as volatile organic compounds (VOC) and carcinogenic ultrafine particles, are being released into the air during 3D printing. Many desktop 3D printers are being used in schools, hospitals, offices, factories and libraries per the industry-wide sales push that began in 2014.

The study which lasted two years found over 200 types of VOCs, including caprolactam, a pollutant that irritates the eyes, nose, and throat, also known to cause headaches. Formaldehyde, styrene, a flammable chemical irritant among others. Also included in the study was an emissions standards guideline called the UL 2904 Standard for 3D printers to create parameters for operating 3D printers indoors without negatively affecting air quality.

RIZE was smart to hurriedly optimize its 3D printers and materials for this standard giving its a huge consideration advantage with companies that are earth pollution conscious.