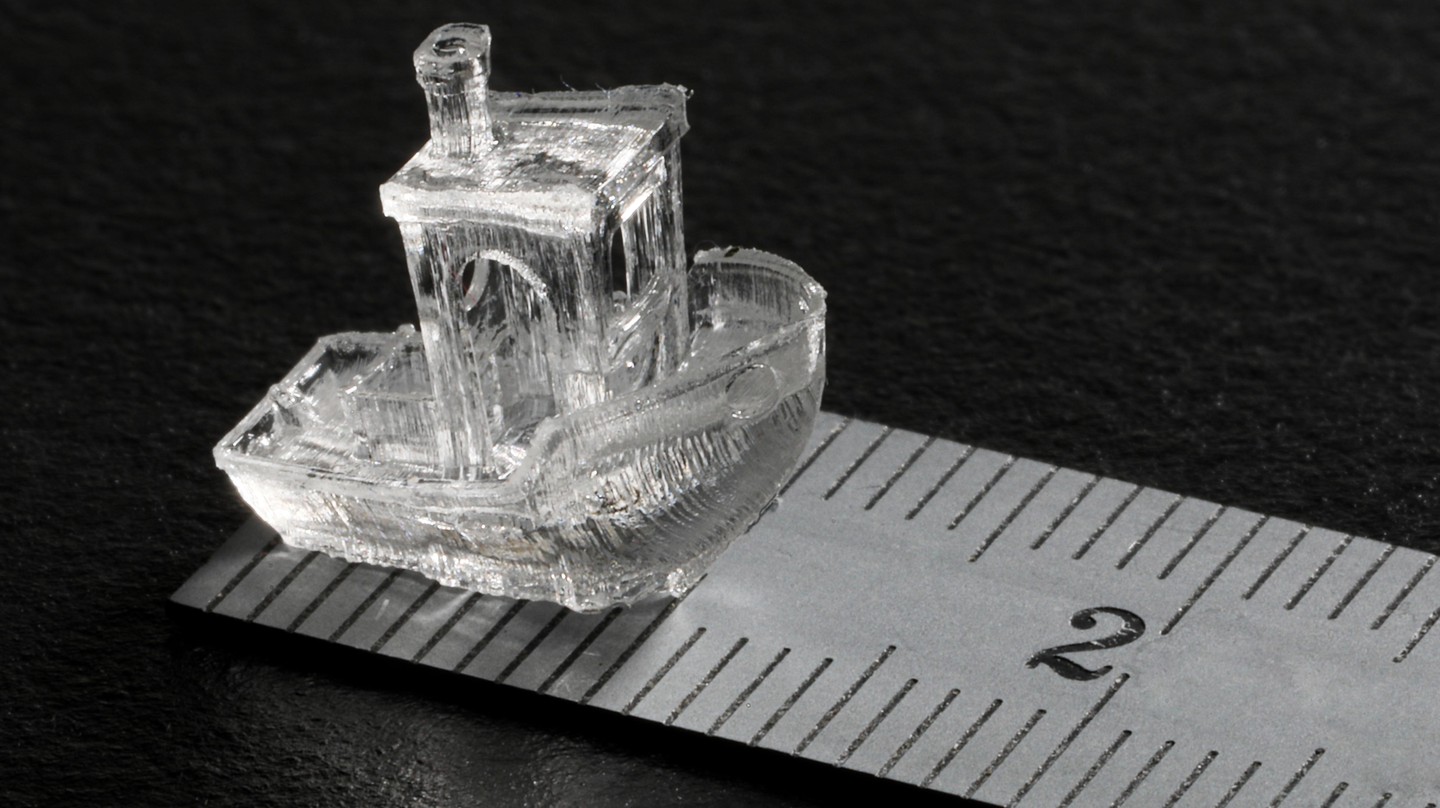 In a new process called tomographic volumetric additive manufacturing applied from the theory of Tomography, a whole structure or component can be printed by illuminating a photopolymetric resin from multiple angles with dynamic light patterns.

Tomography is the functioning principle in medical imaging to build a model of an object based on surface scans.

A resulting high definition 3D object emerges from the resin in a matter of about 30 seconds. The resolution of the 3D printed object can go as high as 80 µm. 80 µm about the same as the diameter of a strand of hair. Meanwhile, objects in the top of the range for layer by layer 3D printing can only go up to 300 µm.

“It’s all about the light. The laser hardens the liquid through a process of polymerization. Depending on what we’re building, we use algorithms to calculate exactly where we need to aim the beams, from what angles, and at what dose”. Paul Delrot, CTO of Readily3D explains. Readily3D the company that has been set up to develop and market the system.

Researches are excited about this new process. Its advantages over the traditional layer by layer 3D printing brings hopes for more 3D printing applications in medicine. The process could be used, for instance, to make soft objects such as “tissue, organs, hearing aids and mouthguards. “What’s more, printing can take place inside sealed, sterile containers, preventing contamination.

“The system is currently capable of making two-centimeter structures. However, the team believes that 3D printed objects could be increased to 15 centimeters in the future.

“Conventional 3D printing techniques, known as additive manufacturing, build parts layer by layer. The problem is that soft objects made that way quickly fall apart.”What’s more, the process can be used to make delicate cell-laden scaffolds in which cells can develop in a pressure-free 3D environment. The researchers teamed up with a surgeon to test 3D-printed arteries made using the technique. “The trial results were extremely encouraging,” says Loterie.