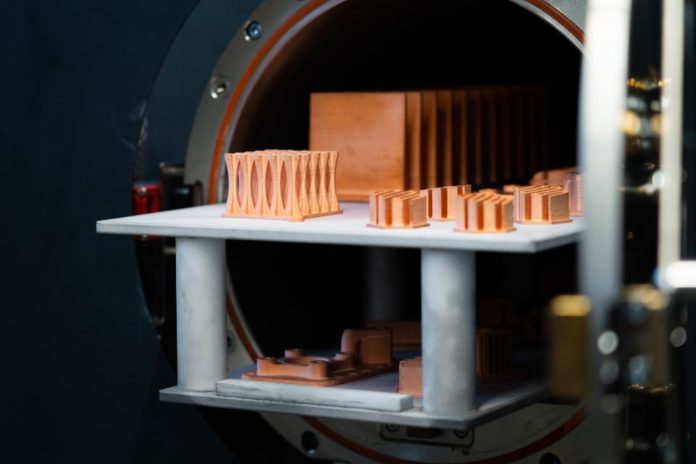 A new company out of Massachusetts has figured out a way to reduce the cost of components needed to make electric cars. Their solution not only cuts down costs but also boosts the efficiency of electric motors used in these vehicles.

Markforged Inc announced the breakthrough on Thursday via a YouTube video on its channel. The process called the Markforged Metal X process. It uses 3D printing technology to print industrial parts from pure copper. It’s a breakthrough because copper has a high ability to conduct heat. This ability makes it difficult to 3D print parts with it using the traditional laser-based process. Copper also reflects light so well it essentially also reflects away much of the energy needed to mold the part.

But Markforged explained that it had figured out how to avoid these problems by changing the way the copper powder is configured and heated.

“Instead of spreading it as a layer and using a laser to selectively melt parts of it, we wrap it in a plastic and we kind of shoot it out like a tiny glue gun and layer by layer built up the part,” explained Mark. “When we’re doing that we’re forming the shape of the part. We’re only melting the plastic, we’re not melting the copper. Then we take the copper and we put it in a furnace. We get rid of all the plastic and the copper sinters together.”

Automakers can save money while improving quality by 3D printing their own copper welding shanks instead of ordering and stocking large quantities of spare shanks. These stocks could reach values of $1 million as Mark points out.

“Imagine if you could make smaller, tighter, more compact weld shanks you can get welds into tighter spaces in the car, which means you can either use less spot welds because you can get them closer to where you want to or you can make a more rigid frame which is great for performance cars,” he said.

Markforged has been working with an anonymous manufacturer to test its cost-reducing theories. While using this copper 3D printing method, the company realized part lead time reduction by 12-fold and parts costs by a factor of 6.

5 tools You the community suggested for your 3d printers.