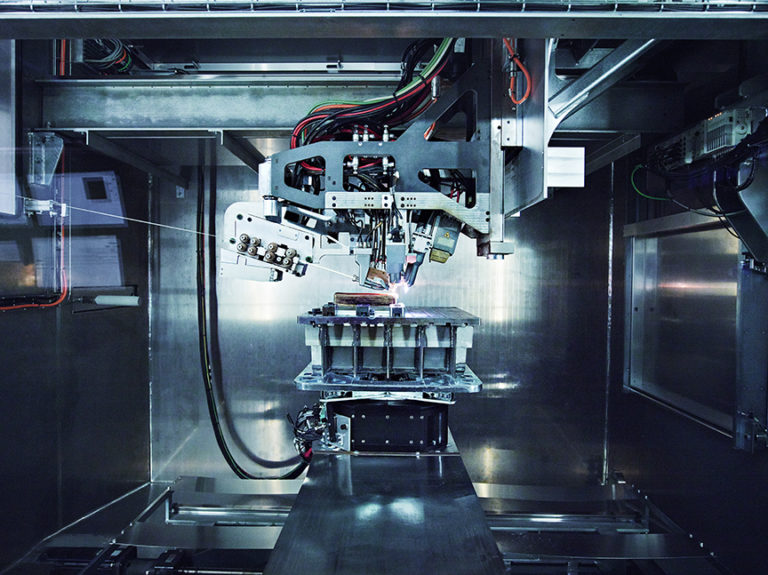 We can see now how far Additive Manufacturing techniques move forward. For instance, this time Norsk Titanium AS is taking the next Big step. The pioneer supplier of additive-manufactured, structural titanium components just announced a production purchase order for 3D-printed structural titanium components from Boeing (NYSE: BA); Most relevant, these parts are being produced by Norsk’s proprietary Rapid Plasma Deposition™ (RPD™) process.

About the announcement, Norsk Titanium President & CEO Warren M. Boley, Jr. left clear they are proud of taking this historical step along with Boeing. Similarly, the company is happy to earn FFA approval for structural parts. Therefore, they will continue expanding its portfolio of components supplied to Boeing, while satisfying the stringent certification requirements.

On the other hand, the Boeing Company is always looking at the latest technologies to drive cost reduction, performance and value to their customers; It is actually one of the reasons why it has become the world’s largest aerospace company. An agent from Boeing explained they are pleased with Norsk Titanium’s RPD™ process as it “fits the bill in a new and creative way”. But, why is that exactly?

As a matter of fact, Rapid Plasma Deposition™ technology is the ultimate in additive manufacturing:

RPD™ cuts production costs since it reduces waste and requires less machining energy than other techniques. Put in a nutshell, the process firstly includes melting Titanium wire in a cloud of argon gas. Then this mixture is precisely and rapidly built up in layers to a near-net-shape (up to 80% complete); Meaning this last step requires very little finish machining as consequence.

The Boeing team designed the components and fully participated during its development process. Besides, Boeing and Norsk Titanium just completed in February 2017 a rigorous testing program with FAA certification deliverables. This testing program aimed to certify initial structural components on the Dreamliner.

About Norsk Titanium AS

Norsk Titanium AS is a world’s pioneering supplier of aerospace-grade, additive manufactured, structural titanium components. The company is distinguished in the aviation industry by its patented Rapid Plasma Deposition™ (RPD™) process. As I explained above, RPD™ transforms titanium wire into complex components suitable for structural and safety-critical applications. Among other important achievements, the company counts on ISO 9001:2008 and AS9100C certifications.

Currently, Norsk Titanium is a tier-1 supplier to Boeing.

The Dreamliner RPD™ components will be at the International Paris Airshow, Le Bourget June 19-25, 2017 at Norsk Titanium’s booth in Hall 1, Space H299. Alongside a full-scale mock-up of the company’s patented MERKE IV™ Rapid Plasma Deposition™ machine, which produced the pioneering structural parts.