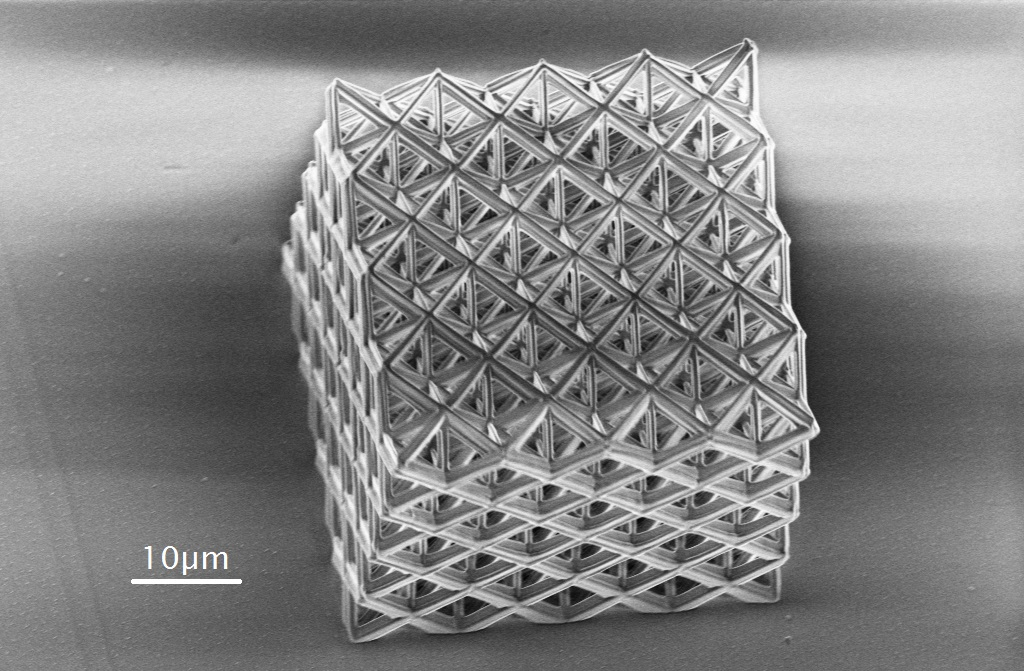 French company Microlight3D, based in Grenoble, has revealed its new 3D printer ‘Altraspin’, which is capable of 3D printing complex microparts, 10 to One Hundred times thinner than a hair.

The thickness of a piece can even reach 0.2 microns. In order to obtain this resolution, Microlight3D uses a two photon polymerization technology. It is the result of fifteen years of research at the University of Grenoble.

Actually, the machine is compatible with a wide range of commercially available polymers:

“It is the absorption of two photons that makes it possible to obtain a high resolution”. Says Denis Barbier, CEO of Microlight3D. “During the entire course of the laser in the resin, nothing happens except at the point of focus where all the rays are concentrated”. At this focal point, which can be less than 0.2 micrometers wide, two photons can be placed absorbed by the resin at the same time. Consequently, these triggers a hardening of the material in this small volume only.

Most noteworthy is that, unlike conventionnal 3D-printing technologies, this direct laser writing technology allows us to get rid of the traditionnal “layer-by-layer” approach. Therefore, you can print the most complex architectures, with no need of support material or post processing, and enhanced mechanical properties.

In fact, Altraspin is Microlight3D second machine. “The first one was only dedicated to research laboratories”. Its CEO explained. In contrast, the new version is more compact and easy to use, aimed at manufacturers. “This new machine is still a prototyping tool for R&D poles, since the technology is not yet suitable for mass production,” says Denis Barbier.

Microlight3D is targeting the microfluidics market, a field through miniature laboratories. Additionally, its technology could get interest from micro-optic actors, to improve the resolution of a microscope with complex parts, for example, and micro-mechanics.

The 5-employee company, which reached a turnover of 525,000 euros in 2018, intends to dominate a substantial part of the micro-currency market, estimated at several hundred million euros in 2022. At the moment, Microlight 3D recognizes only A competitor: the German Nanoscribe.

Want to know more about 3D printing trends? take a look at our news section!

Relativity Space CEO Tim Ellis to give a talk about the...