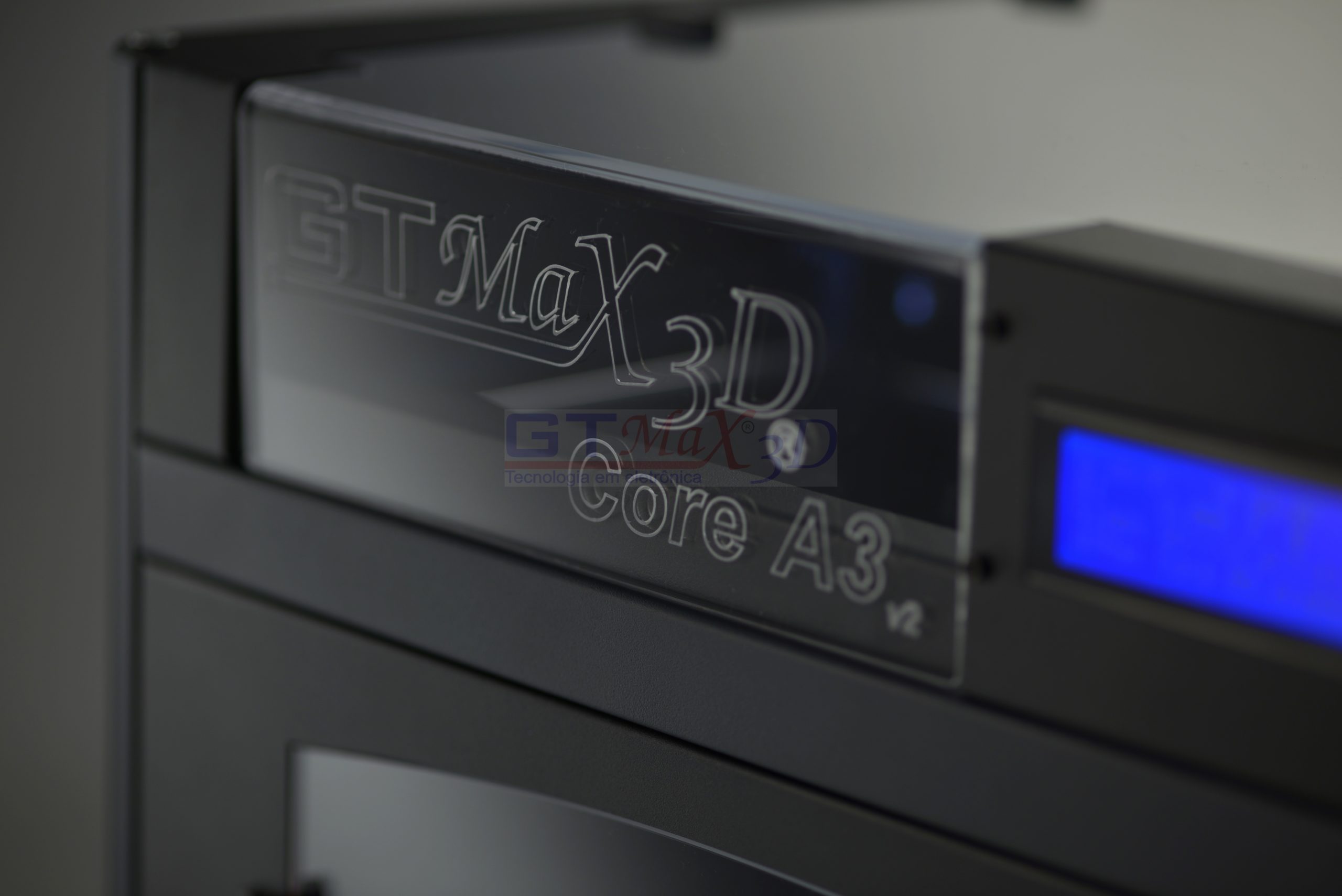 On this third post about Brazilian Projects, I’m going to interview Luciano Moda that works on the development team at GTMax.

Contents hide
1 Q – When the GTMax company started?
2 Q – I saw that you have Graber and CoreXY models, are they based on wich open source projects?
3 Q – What kind of challenges do you have in the Brazilian market?
4 Q – With the launch of Core H4, in addition to the previous CoreXY models, you started the market for CoreXY professionals in Brazil, and from what I see in the Brazilian 3D printing groups, this line of yours has its favorites. How did you reach that level?
5 Q – Which of your printers is the leader of your company?
6 Q – What your company is preparing for the future?
7 Q – What is the reach of GTMax on the Brazilian market?

Q – When the GTMax company started?

A: GTMax was founded more than 16 years ago, started as GTA Technology and in the registration of the brand name became known as GTMax Tecnologia em Eletrônica.
GTMax produces other electronic equipment such as Automotive Gas Analyzer, Electronic Injection Scanner, Injector nozzle test and cleaning machine and other automotive equipment.
We started with 3D printing due to an internal need of the company to produce small batches of cabinets, which did not justify the costs of an injection mold. As we already had great know-how in the development of electronic equipment and software, we saw a possibility of developing and producing 3D printers. As a first step, we started to produce assembly kits for the Graber i3 model (based on the open-source model http://reprap.org/wiki/Graber_i3) and selling parts such as motors, bearings, guides, electronics, hot-end, and structure.
In the sequence, we started to produce the Graber i3 model already assembled and configured, ready for the user to use and putting our technical assistance department at the disposal to aid in the use of the printer, somehow demystifying the “difficulty” in operating a 3d printer.

Q – I saw that you have Graber and CoreXY models, are they based on wich open source projects?

A: As we told you, our first model was the Graber i3 based on the Prusa i3 (Graber i3) model, later we saw the need to have in our line a more robust model with a greater capacity of production, finishing and ease of use. From then on we developed our Core line, composed by Core A1 and Core A2, which was a great success because it was not the first one, one of the first to be totally closed in the national market, greatly facilitating the use of materials such as ABS, Tritan , Nylon, among others. In this new line we develop, we put many new things in the same equipment as: Core XY drive system, auto-leveling bed, 110 / 220v heated bed, bowden extrusion system and hotend All-Metal from our manufacturing, this way we have created an unprecedented product in the national market that was very well received.

Q – What kind of challenges do you have in the Brazilian market?

A: The challenges of producing and developing any product in Brazil is enormous, we are pressured by a large tax burden that practically makes it impossible to produce anything here. GTMax3D has worked and invested heavily in the development of new products and also in our technical assistance, guarantee, training and customer service to terms in the national market a differential of what comes from outside.
We are bombarded daily by-products from the outside with low cost and often imported informally. If we aren’t attentive and create a great differential of products and mainly in customer service, the national market will be quickly destroyed.

Q – With the launch of Core H4, in addition to the previous CoreXY models, you started the market for CoreXY professionals in Brazil, and from what I see in the Brazilian 3D printing groups, this line of yours has its favorites. How did you reach that level? 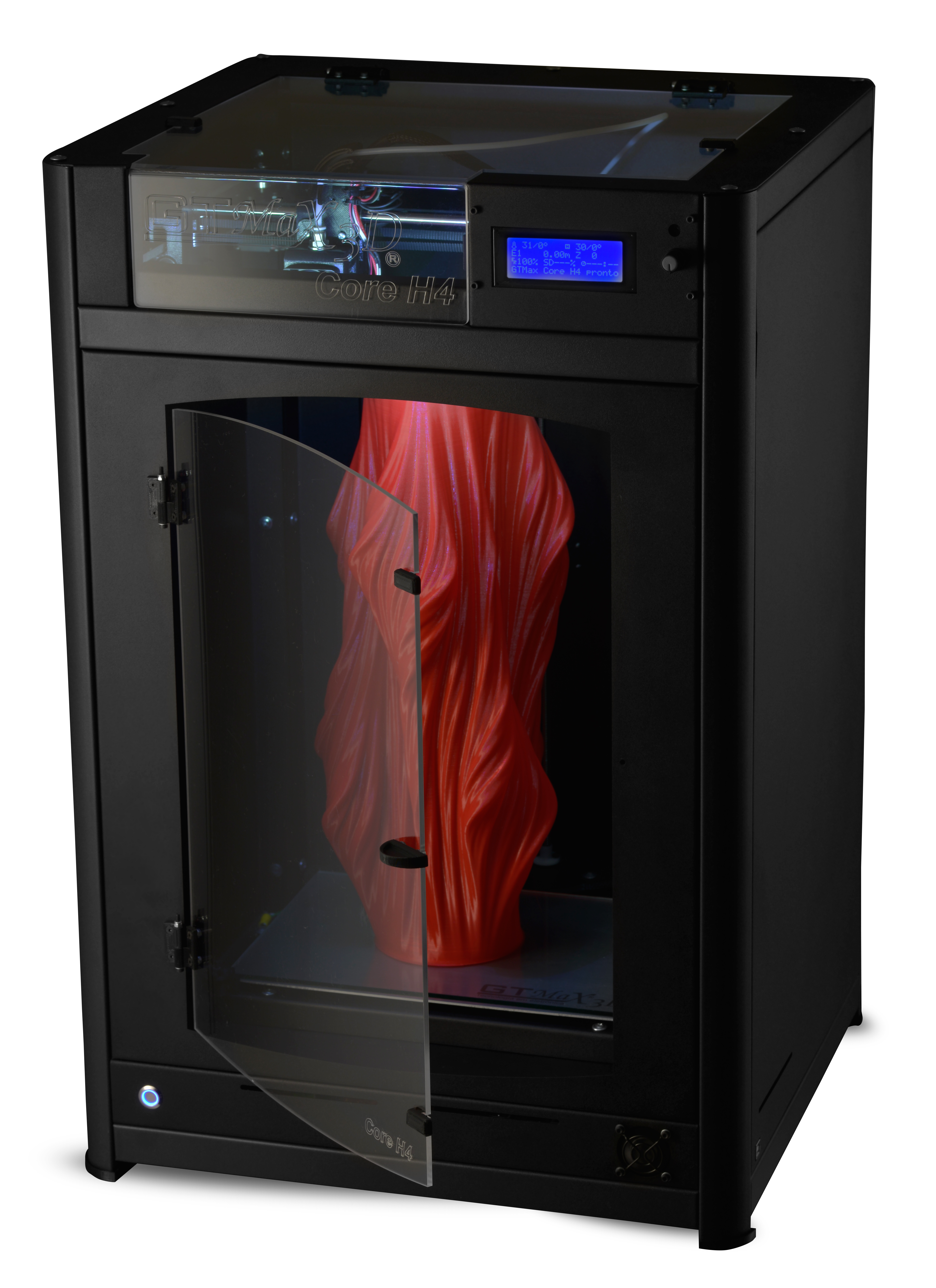 A: The Core H4 was a big step in our company. We had an already well-established product (Core A1 and A2), making GTMax3D’s task in developing a new printer much more difficult and risky. The development of the H4 took more than 1 year, from the survey of needs, prototypes and endless tests. We are very proud of this new line (H4 and Core A3v2), again we exceeded our expectations and again the market understood the differentials of this new line.

Q – Which of your printers is the leader of your company?

A: We have a very diverse line. Today GTMax3D is the national company with more models in the production line, we believe that each customer has a different need and we can offer a correct solution to the intended use. The leader is our new line, consisting of Core H4 and Core A3v2, a brief technical specification follows:

Q – What your company is preparing for the future?

A: GTMax3D does not stop, we are preparing great news. As I said earlier, we invested a lot in development.
What I can say is that we will have a great launch soon. It will be a high-volume 3D printer with incredible new features. The cool part is that everything is developed by our team, which makes us very proud! We will also be launching our first SLA resin printer soon.

Q – What is the reach of GTMax on the Brazilian market?

A: It is very difficult to speak of scope in the national market since we do not have any serious statistics about it. We serve the entire national market, we have clients from the hobby as well as major industries such as Volkswagen, Scania, Saint-Gobain, Arno, 3M, Mondial, Bravox, among others. We also have a strong presence in the academic world, serving clients such as USP, ITA, Insper, IFPR, IFMG, and many others.

As you can see, GTMax is making a great work and contribution to the Brazilian industry of 3DPrinting. Using RepRap as a base and taking the projects to the next level. The Core H4, their top model, has a price of $2,330 US dollars with the currency dating of September of 2017. With the focus on the industrial market, they made their entrance on the biggest companies down here.

If you want to get in touch with them, just send an email at [email protected].

Thanks Luciano for the opportunity!

Check out my previous interview of Brazilian projects here.

Diversity in the 3D Printing Industry

Essentium has Partnered with Magigoo