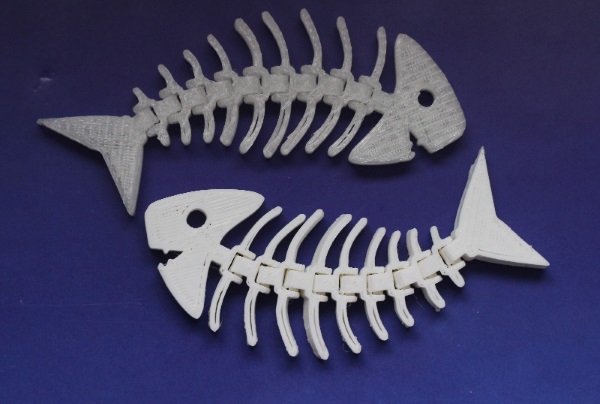 By Diana Segura On Mar 18, 2017
9 2,084
Share
Contents hide
1 UK startup Fishy Filaments recycles fishing nets and turns them into filament for 3D printing
1.1 The increase in plastic wastes found in the sea is a global phenomenon that manifests itself on a local scale.
1.2 So, What is Fishy Filaments?
1.3 Fishy Filaments Crowfounding campaign

The increase in plastic wastes found in the sea is a global phenomenon that manifests itself on a local scale.

Whether they are Microplastic pollution, discarded, lost, or abandoned; fishing gear on the sea, or even the increasingly amount of debris in the ocean left by natural disasters, the issue of plastics in our shared oceans is affecting marine life, and therefore our ocean food source and economic status.

Did you know that 2/3 of recycled plastic waste is sent abroad?

For instance, I’ve read that Fishery industry normally uses lots of different plastics: from nylon gillnets to PVC floats and bumpers. Although damaged nets can be fixed, there are fewer skilled netspeople left to maintain the gear as a result of the industry shrinkage, and not all nets can be repaired.

However, it turns that fishing nets, which are largely made of Nylon 6,  are ideal for recycling into filament because this material is already used in 3D printing.

So, What is Fishy Filaments?

Founded by Ian Falconer, Fishy Filaments is an UK startup which primarily purpose is to “provide local fisheries with a safe, sustainable way to recycle their old or unusable fishing nets by turning them into 3D printer filament”, rather than burning them, burying them or even exporting them to be processed in another country.

Built as a local business, the startup is based in Cornwall, on the south coast of England, where a large fishing industry is based too. After reducing the plastic fishing waste produced in Cornwall, Fishy Filaments next big goal would be to expand the local business into a recycling plant with the potential to sell the recycled filament around the country, and even around the globe.

Opposite to what is usually done, the process to turn fishing nets into 3D printable filament doesn’t need excessive energy usage or additional chemical treatments:

“Unlike established nylon recycling solutions, Fishing Filaments solution uses simple mechanical and thermal processes that can be achieved at a local scale and with no chemicals added”.

Another types of filament have also been discussed for production in case the first project succeed. The startup is exploring the possibility for a carbon fibrer enhanced version of its nylon filament by using local boat and board-building wastes, and a second filament material made from large polyethylene trawl nets could be released too.

Moreover, there’s the idea of a third filament, which will be a dissolvable support material.

Fishy Filaments already showed a successful use of its 3D printing filament for the first time in 2016, when the nylon filament, created from harborside gill nets, was proved in a “commercially available, low-cost 3D printer”, letting know the potential of the recycled material. Now it’s time to scaling up the operation and ‘build’ a bussines on it.

Of course turning the initial research phase of a local business into a commercial operation is far from being easy. Hence Fishing Filaments is looking to raise £5000 during a crowdfunding campaign that closes on 29th March 2017, meaning the project will only be funded if the amount is pledged; This will go towards a fully costed commercial feasibility study that requires a special extruder to melt the netting strands together, as well as a reel to collect it all.

The campaign has already raised 49% of the goal. The company’s stated aim is to “provide a product that all users can be both confident in and proud to use, safe in the knowledge that they are contributing to lower oil use, lower energy use and a cleaner environment”.

Items in the featured image were produced by Fishy Filaments in Cornwall using an open source design posted on Thingiverse by StevenDuval (http://www.thingiverse.com/thing:1360291),these are also given as optional rewards for supporting the crowfounding campaign.

We want to build a recycling plant in Cornwall to turn used fishing net into 3D printer filaments. Help us take the next step  //platform.twitter.com/widgets.js