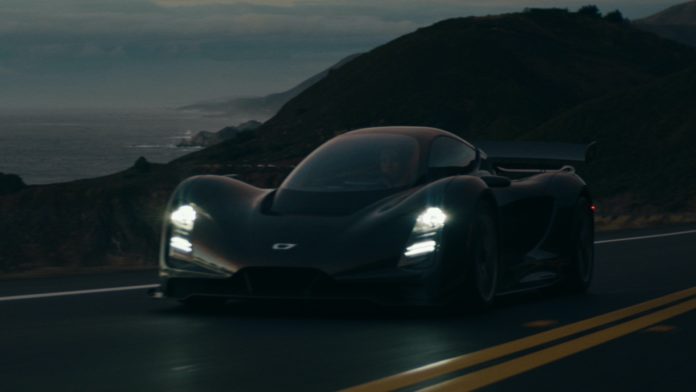 Czinger is an automaker headquartered in Los Angeles with plans to unveil a 3D-printed hybrid hypercar at the 2020 International Motor Show in Geneva.

The new car is called the Czinger 21C, pronounced with a silent “C” and named after the founder and CEO Kevin Czinger, the co-founder of Coda Automotive.

The Czinger is made locally, from the initial design to the construction of the first prototype. Czinger will also build customer versions in L.A.

Kevin Czinger developed the Divergent Blade supercar in 2017 from which the Czinger takes many of its ques. The car was notable for its extensive use of 3D-printed metal parts. The frame, in particular, used printed aluminum nodes joined together with carbon fiber rods. This provided a strong, safe structure for just about a tenth of the weight of a regular car frame.

The Blade was more or less a demonstration platform, hoping to entice automakers to engage Divergent and take on its design, printing and manufacturing technologies. But it seems Czinger’s ready to get going on a production hypercar as well. He’s launching it in Geneva next month.

Czinger once said that the manufacturing process for every mainstream car “is fundamentally broken”. In an interview with Road & Track, Czinger said: “In a car company, they’re in all of their silos. They’re not trying to work with people outside or develop new commercial equipment. They’re looking at what technologies fit into and improve their existing production capability.

”We’re looking to combine computing power, science, and additive manufacturing into one system.”

Established in 2019, the American company says that the team behind it includes former staff at Swedish hypercar manufacturer Koenigsegg.

The Czinger 21C will have a similar ultra-lightweight aluminum-node-and-carbon-pole lattice for its frame. The powertrain is described as “strong” and “hybrid,” and likely all-wheel-drive.

Like the blade, it puts the driver front and center in a jetfighter-style cockpit. Passengers get to stare at the back of the driver’s head from their tandem rear seat, a frankly rude reminder of who’s boss. What’s in front of the car is on a need to know basis, and you don’t need to know, precious.

A teaser video from the company which mingles shots of the 21C on the Pacific Highway in California with shots of Divergent’s robotic manufacturing process and a bunch of 3D-printed parts. Anything that celebrates the build process resonates well with us. Also, check out the gallery for some nice detail shots.

The video clip and teaser images are fairly revealing though specs and details about the car have not yet been officially released. In the video clip, we can see some of the chassis and powertrain developments, while the exterior design is showcased too, revealing an aggressive aerodynamic package with a large rear spoiler, rear diffuser and front splitter attached to the smooth, strongly haunched bodywork.

Czinger also references the Lola T70, and the influence of the Can-Am racer is clear to see. The CEO was raised in Cleveland, Ohio and he built hotrods with his brothers.