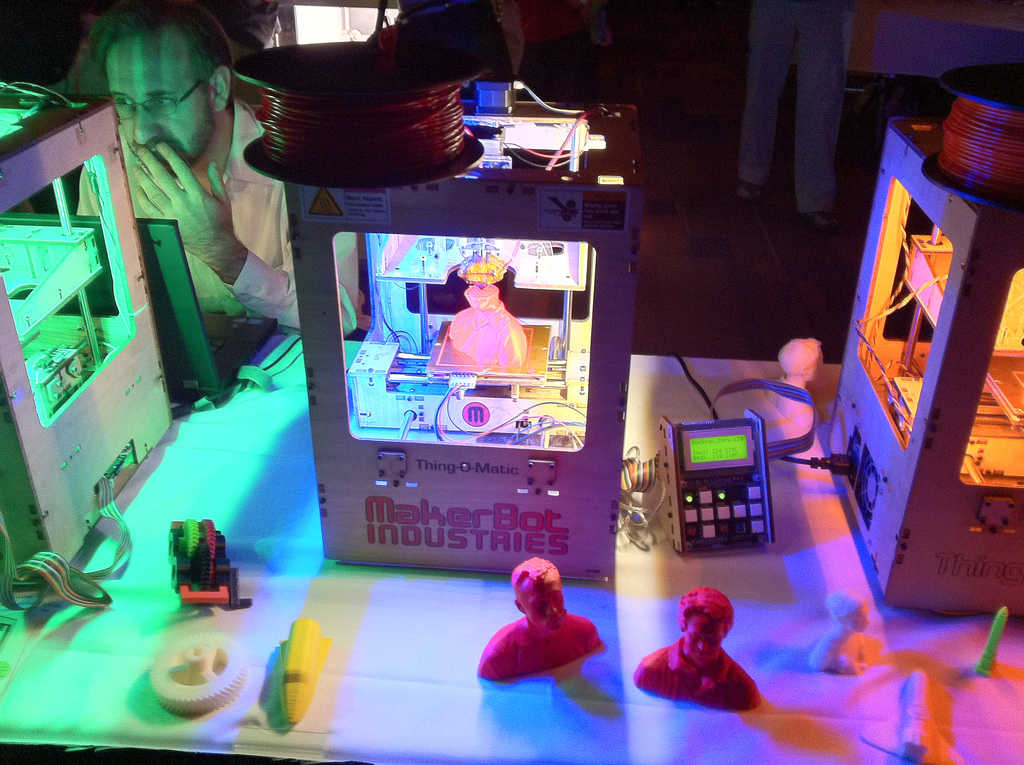 There are myriad applications for 3D printing, and with the technology still in its “infancy”, enterprising creators are constantly finding new ways to use it. We’ve witnessed 3D printers be used to make everything from medical instruments to car parts and toys. And now, we’re starting to see the marriage of 3D-printing and gaming technology in a match that would seem to be a natural fit.

We’re seeing this combination in more ways than you might think. One method where the world of video games and 3D printing are joining together is through the production of 3D holographic displays that help bring the games to life. An enterprising inventor put together a series of LED strips that that spin on an axis to make an even larger holographic image. What did the creator do with this amazing invention? Naturally, he used it to play “snake,” the classic cell phone game beloved by former Nokia owners everywhere.

The application to mobile games actually makes a lot of sense in these early stages for the technology, and it’s a surprise that it took this long for someone to make it happen. The application toward old-school, casual games seems obvious, and we wouldn’t be surprised to see this taken a step further. One area that seems ripe for 3D printing is the online casino industry. Much of the excitement of brick-and-mortar casinos has been transferred from the real world to the web, but 3D printing could help to bridge the gap between the two. The technology has been popular for the printing of poker chips at home, and it isn’t out of the realm of possibility to imagine an online poker table that deposits your chips directly to your 3D printer to help bring the game to life.

Using 3D printers to add a new dimension to mobile gaming has actually become a popular industry. One company has started to let mobile gamers use 3D printing to make custom figures based on their favorite games. The first character being offered in the endeavor is the lovable mascot from the Cut the Rope games, with many more planned for the future. The possibilities of 3D printed toys are exciting, and as the devices become fixtures in more homes around the world, the idea of printing your own toys and other products instead of ordering them will continue to catch on.

The world of 3D printing is growing by leaps and bounds, and with it so are the limits of what’s possible. While we’ve seen plenty of uses for it in an industrial setting, we’re only just now beginning to see what’s available for the mass-market. It’s a thrilling time for the technology and is definitely something that everyone should be keeping an eye on, particularly when it comes to gaming.