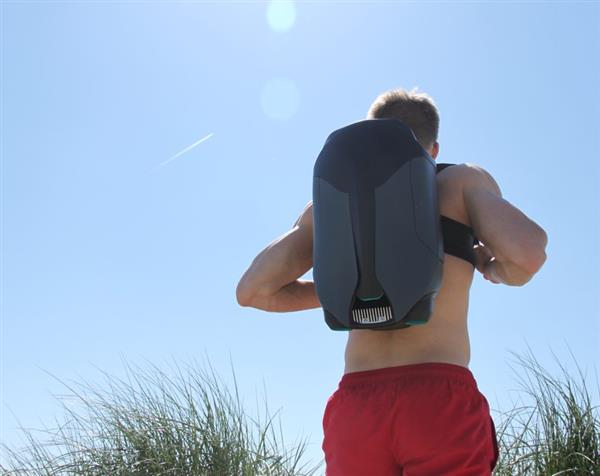 Student at Loughborough University, UK, designed and built what looks like something out of sci fi movie. Using a lot of 3D printed pieces, Archie O’ Brien created an underwater jetpack with the power to propel a swimmer forward like a human submarine.

It all started as a part of a student project

Student’s original idea was to reduce the size of a jet ski engine so a person could use it as a jetpack.

O’Brien decided to develop his own underwater propulsion system after discovering similar devices can cost up to $15,000. Plus, these were too slow and heavy so they just aren’t worth it.

After testing various prototypes and iterations, Archie O’ Brien printed the parts along with 3D Hubs.The final design required a total of 45 3D printed pieces. Most of them were printed using low cost PLA materials and FDM technology. 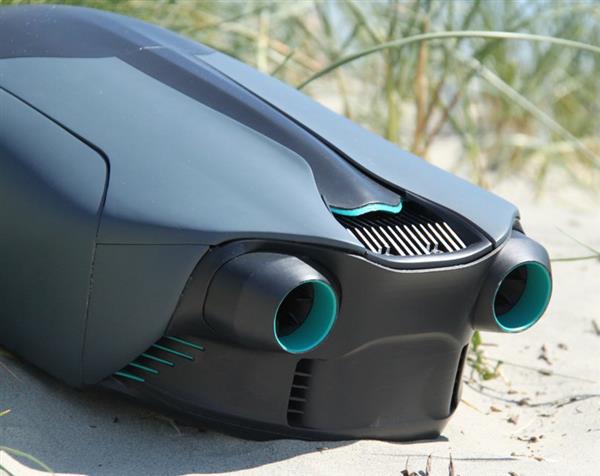 All of these also needed to conform to fit into a single backpack configuration.

Finally, O’ Brien covered all the 3D printed pieces with epoxy resin, while adding silicone parts to protect the batteries from the water.

CUDA’s operation resembles a jet ski. Its speed is controlled via handheld trigger system. “Steering is similar to an airplane, as you need a certain amount of speed before you can effectively turn.” 3D Hubs indicated. With its own patented propulsion system, CUDA is the fastest Underwater Jetpack in the world. It can propel a swimmer at speeds of up to eight miles per hour.

Instead of using air based push propulsion, CUDA uses a SLS printed carbon fiber impeller. this propulsion system moves the water using its rotation generating forward force. As a result, the user is hands-free.

The prototype already went through rigorous trials in swimming pools and open water pools. Even left it in freezing water for months but the 3D printed parts seemed to resist even these harsh conditions

Plans for the CUDA

Of course, Archie O’Brien wants his invention to find more uses than just recreation. The underwater jetpack could, indeed, be useful for seraching and rescue missions, as well as military applications.

At this stage, the CUDA requires more testing before putting it under mass production. According to Archie, first models may be available as early as 2019. But for now, the prototype needs redesigning some pieces and to do significant safety checks.

Meanwhile, its price remains a mistery. But the student wants his design to be considerably cheaper than current alternatives.

How much would you pay for one of these futuristic items?