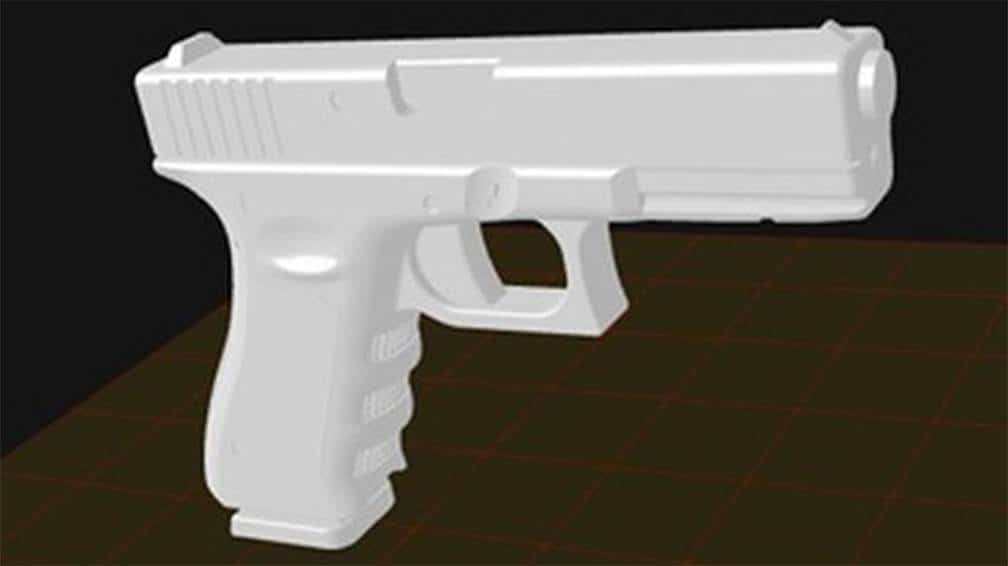 By Diana Segura Last updated Feb 4, 2020
0 290
Share
Contents hide
1 Weapons printed in 3D would have been used in a crime in Canada
1.1 It would be the first time in Canada that an investigation of a murder leads to such a discovery.
1.2 Three weapons with a silencer were thrown at the crime scene
1.3 They also seized documents that showed how to make a machine gun and a pistol.
1.3.1 Canadian police seized the following material:

The owner of a restaurant, who is accused of helping an alleged hit man during the murder of a former motorcyclist, would have used a 3D printer to make firearms at his home in Terrebonne.

This is the hypothesis put forward by the Montreal police (S.P.V.M.) after seizing an arsenal and a three-dimensional printer at Giovanni’s Presta bungalow, according to local press.

It would be the first time in Canada that an investigation of a murder leads to such a discovery.

The suspect is a 33-year-old man. He’s been detained for two months, accused of premeditated murder, fabrication and illegal possession of weapons and possession of drugs for the purpose of smuggling.

On the afternoon of December 20,2018. Sébastien Beauchamps was shot dead near a service station in the Saint-Léonard neighborhood.

The alleged hit man, Frédérick Silva, is suspected of having fired several projectiles at the victim and having reached vehicles driven by innocent citizens during the shootings, filmed by surveillance cameras.

However, there are no charges yet. The armed man “wore a mask”. Therefore he could not be identified by other means of investigation. The masked gunman abandoned three pistols, one of which is seen on the floor near a roll of orange police tape.

However, “the totality of the evidence leads to the conclusion that Giovanni Presta Junior is the driver of the vehicle used for the murder,” the police alleged before the judge.

Three weapons with a silencer were thrown at the crime scene

Including a Cobray gun identical to one of the 12 firearms found in the old Terrebonne bar.

The police found Giovanni’s Presta Jr. 3D printer behind the kitchen of the house.

The famous 3D printer was “behind the kitchen” and was used to “manufacture” accessories and firearms, according to court documents.

A hand-made gun was hidden on a wall behind a closet.

In particular, the police found 13 “pieces of black plastic gun”, a pistol and a plastic charger. All of which could have been reproduced with this technology (3D printing). To find out, the police await the results of the printer’s memory card contents analysis.

The shed contained a “machine shop and storage of materials used to manufacture forbidden devices, such as silencers”.

They also seized documents that showed how to make a machine gun and a pistol.

Also, a cache of weapons was seized on the wall of a bathroom in the basement, behind a removable cabinet. It contained “a hand-made black P80 pistol with a gray muffler”, three empty magazines, a license plate and GPS labels that could have been used to track Beauchamps’ real-time movements.

Presta also had rubber masks, “face and hair,” according to the police, identical to those that were seized in the apartment in which Frédérick Silva lived in Old Montreal when he was also arrested on February 23.

A Presta fingerprint was found in the packaging of one of the masks found at Silva on Duke Street. Presta’s wife, Sonia Langlais, is also charged with possession of weapons and drugs found in her home, worth $ 251,000.

If the house gets considere as an “offensive property”, it could be delivered to the state in the event of guilty verdicts against the couple.

Between 2007 and 2016, Presta directed Projection SEXXXTASS, a company specialized in the “distribution of exotic films online,” according to the Police.

Keep an eye on our news section and get to know more about 3D printing!

How Does an FDM Printer Work?

With £250,000 in expansion funds, EVO 3D enters the Evolution sales and marketing…