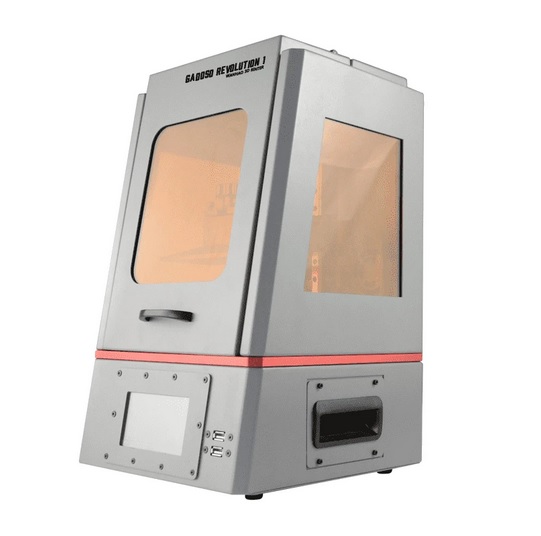 Disclaimer: I received this product free in exchange for an honest, unbiased review.

At the end of 2019 before the events that would shortly begin to unfold in China and here in the United States.  I received an email from Gary Chen the CEO of Wanhao 3D printers requesting that I write a review of their just-released resin printer the GADDSO Revolution I to be marketed to the dental marketplace.  I agreed and not long after I received the box from Wanhao HQ in China.  They also sent me a bottle of their Grey resin for my review.

In this review, I will recount my experiences with this printer and the support I received from Wanhao when emailing them questions about the setup.  Now just one more disclaimer, this was my first experience with resin so I have no other resin printer to compare it too.  Now for the review!

The GADDSO Revolution I or GR1 is a DLP LCD Touch Screen High Precision printer.  It utilizes an ultra 150w UV light for curing.  Wanhao states it has an 86% higher contrast ratio than normal LCD printers.  It includes four set screws for leveling and a print area of 78.84(W)x140.16(H) mm.

Upon receiving my printer, I quickly unboxed it.  I found that besides the printer it included one extra sheet of FEP film.  FEP (fluorinated ethylene propylene) is the plastic sheet on the bottom of the resin tank.

I read and watched the setup instructions which came on a USB stick included with the printer.  I set up the printer and started the example file located on the USB stick.  But instead of a smooth start and end leaving me with a plastic ring I got a crashing and grinding sound from the build plated into the DLP.

I sent an email immediately to WANHAO asking what I had done wrong.  The reply came back that a revision kit which included a new worm screw and software upgrade was in the mail.  While waiting for the upgrade I watched the YouTube video provided on their site explaining how to perform the upgrade.  While I awaited the hardware to arrive at my house I performed the software upgrade to the printer.

When I received the new worm screw I was sure I could perform the upgrade and finally be able to start printing.  Unfortunately for me, the upgrade was not as straight forward as it was laid out to be in the video.  The video explained that there were several setscrews and hex screws that had been removed.  The problem was that either through shipment or at the factory, these screws were so tight that I ended up stripping their heads out.  In one case I even had to use a drill to remove the head of one to remove it from the printer.  Fortunately, I have a box of replacement screws for 3D printers.  In the end, I did get the upgrade accomplished, but I would like to express my dissatisfaction that this was not detected in the factory through product testing before my printer was shipped.

Finally, I was able to start a print in resin how exciting.  But before my first successful print, I had to learn to level my printer.  There are many videos on leveling a resin printer on YouTube, but I found that the best video was on Wanhao’s YouTube site.  I lot of hobbyists claim to have the perfect method for leveling a resin printer but in the end, the manufacture had the best method.  After leveling then pouring my resin in the printer I started my first print.  Unfortunately and unknown to me Resin printers are required to be at least room temperature in order to cure their layers.  So, because I chose to set up my printer in my garage in January I ended up with a vat of resin lumps.

As my wife was unwilling to allow me to introduce resin vapors into my kitchen or bedroom. Not to mention the mess that follows working with liquid resin.  I started looking into heaters.  I first tried putting a floor heater close to the printer and then checked the internal temperature of the printer.  The heater had little or no effect on the interior temperature of the printer.  After this, I did some digging on the internet and found an internal heater for resin printers.  It was costly and at the time I deemed it too expensive.

So, I found a 3D printed heater using an inexpensive window defroster sold on e-bay.  I ordered the parts and built this device, with a twist.  I added a thermostat I purchased some years prior to China to be viewed externally.  After powering up my new heater, I found I could easily obtain an interior temp of 80 degrees Fahrenheit and maintain it all through the cold hours of the night.  I was ready to try to print again!

This time my print worked and as you can see I was given a very odd ring which looked like a screaming old man.  Since then I have printed other things and continue to enjoy this printer.  The printers included slicer software that is impressive but does require a 64-bit Windows operating system in order to run.  On the issue of vapors, the printer impressive in that also.  As it includes a very good filtration system which as far as I can smell doesn’t expel any dangerous resin fumes while the printer is closed.

Working with resin is still very messy and requires the use of eye protection and rubber gloves.  I would also recommend something under and around your printer to catch the drips.  As for curing Amazon sells a plastic pickle jar with a sealed lid and basket for cleaning your prints.  Wanhao sells a curing box, which I would love to try.  But until then I tried curing in the sun and using a UV lamp. The sun didn’t seem to work very well but curing under a UV lamp went well.  I found that the one item I printed in crystal clear resin actually turned the resin yellow under the lamp.  This could be because I left the print under the light for more than 8 hours.  I have not found anywhere that definitively states how long a print is required to cure. 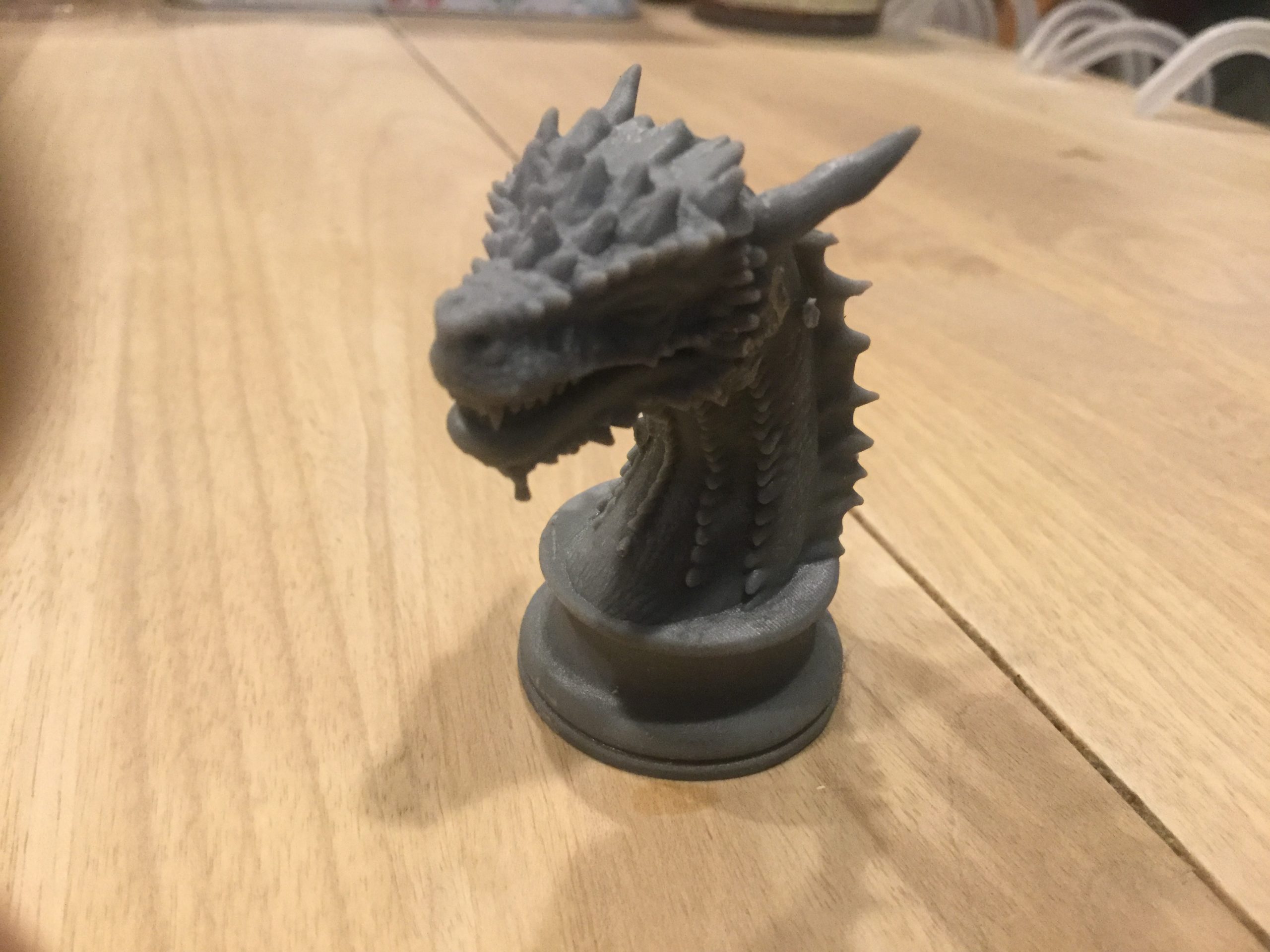 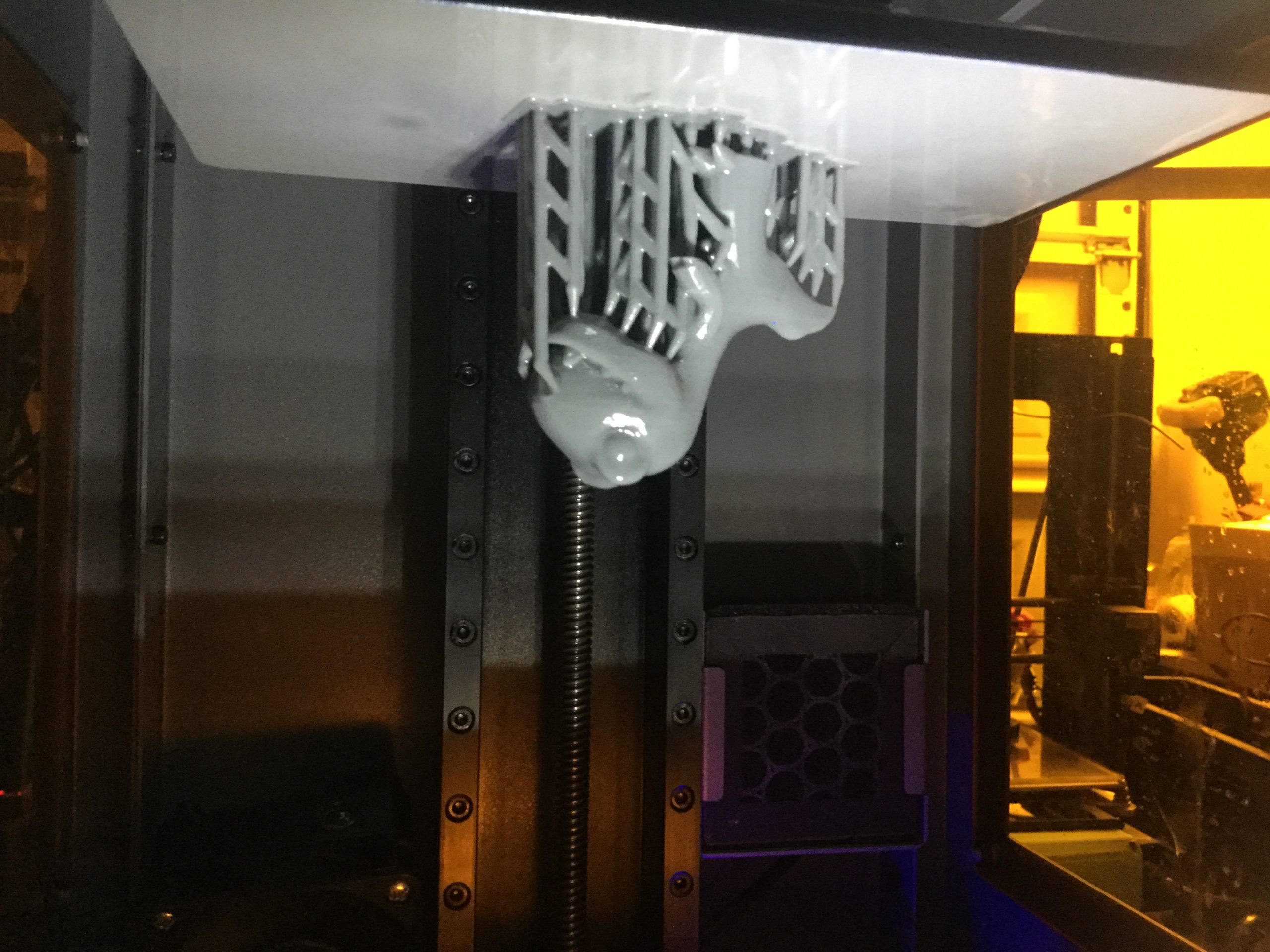 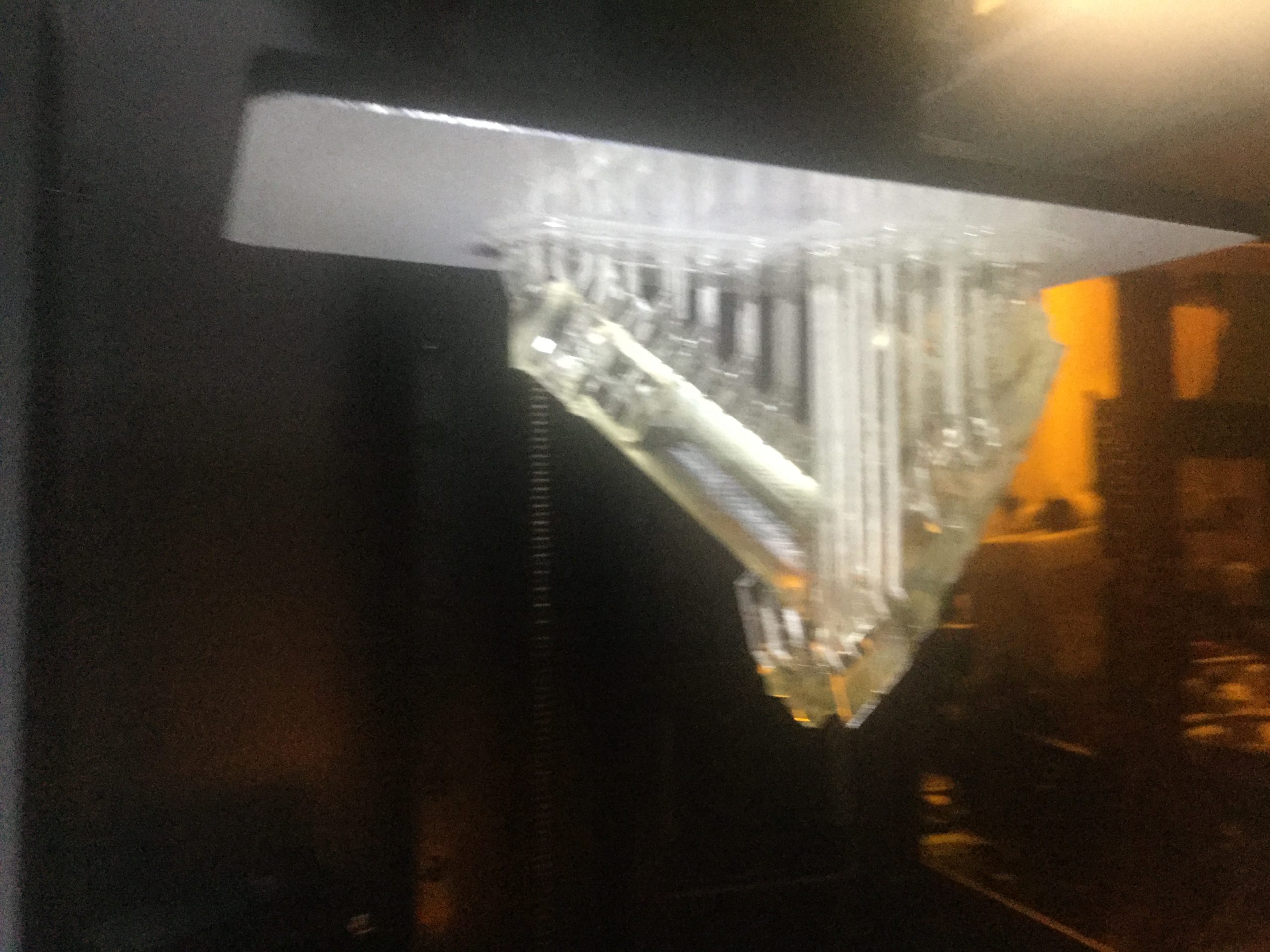 Besides the hiccups I received at the beginning I am very impressed with the ease of operation and results that I have received from this printer.  I hope someday to have another resin printer to compare this one too.  The Wanhao customer service was very quick to respond to me with suggestions to my problems and Gary Chen has provided very thorough YouTube videos for the setup of this printer.  It has a rather steep price point as compared to other resin printers in its same class of $899.  But it is a solid very heavy duty printer which will no doubt give you many fun prints.   If not for the price I would consider this a good beginner’s printer.  I would definably recommend this printer to anyone that can afford it.

Artillery Sidewinder X1 Review – Why you should buy it