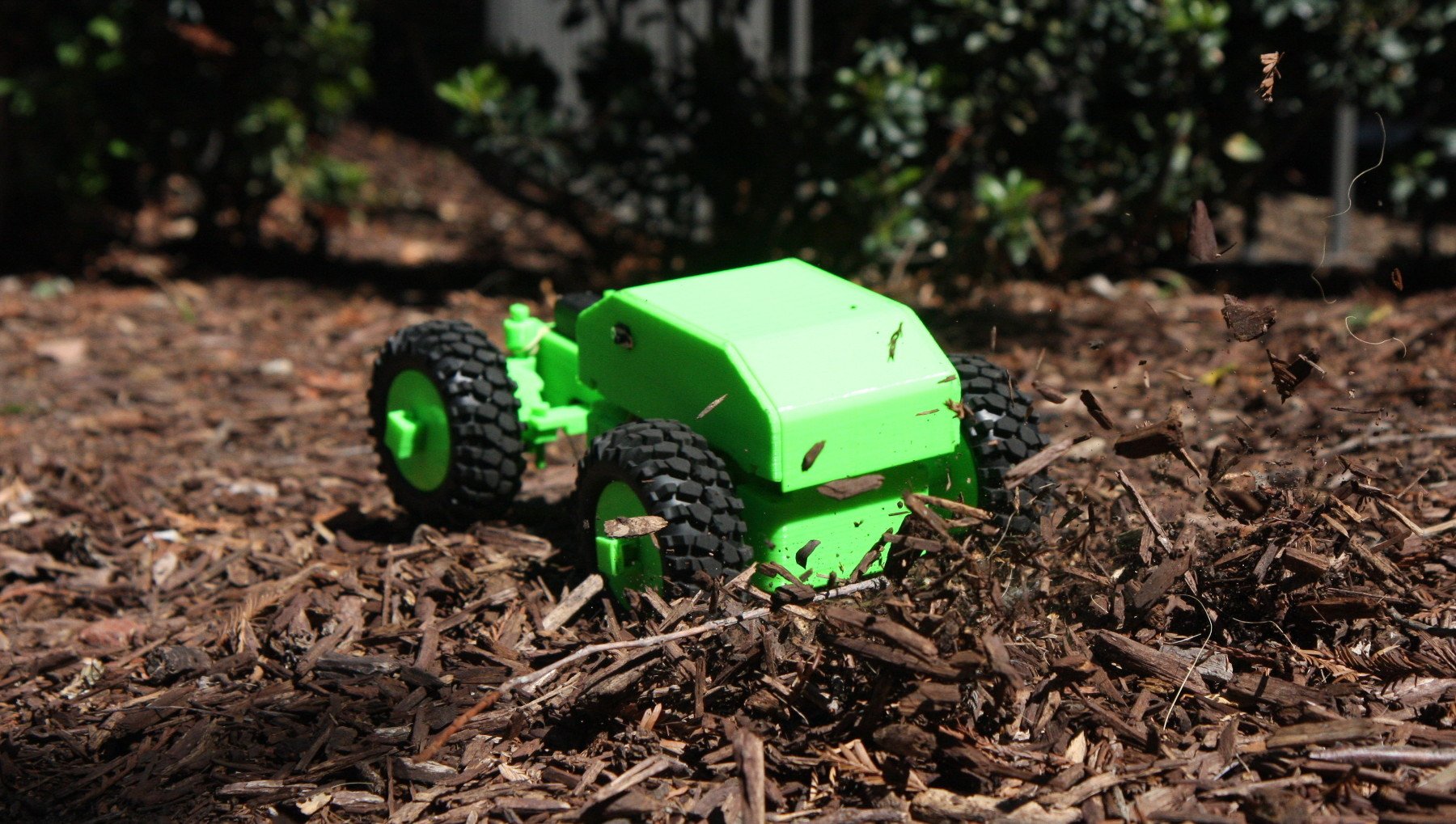 Is the most economical 3D printed car. This car is built to inspire people to make 3D printed robots. 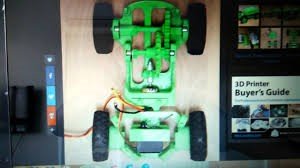 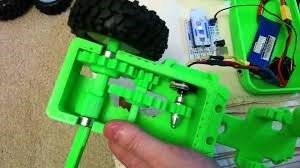 Among the 3D printed remote control cars, this 3D printed Car is very diverse and remarkable. The design of the car is very impressive as it does not require any screws; one just has to 3D print the parts of the car and assemble the parts. Almost all the parts of the car are 3D printed, apart from some electronic arrangements and the wheels of the car. The basic aim of developing this car was to achieve high quality design having complex parts at nearly zero marginal cost. The total fabricating cost of this 3D Printed Car is 11 to 12 dollars, which includes 10 dollar for the material and 1 dollar for the electricity consumption. The plastic consumption can be made more efficient by 3D printing through the industrial plastic pellets. Flutter scout v2 is a screwless design but this quality does not results in any structural weakness. It can bear repeated shocks, jumps and crashes without being damaged. The non 3D printed parts of the car are the tires, bearings, motors, batteries, and electronics. This 3D printed Car can be broken into the parts easily and can be assembled easily. This car is powered and controlled by microcontroller board called flutter. As flutter executes Arduino code which is very simple to use for the hobbyist and has a provision of different functions. There is a wireless system in the car by using radio transmitter and receiver. The receiver is connected to the board in the car while the transmitter is in the wireless remote. The range of wireless radio is of about 1 Km. As the flutter board is installed in it so it can be further modified by adding some lights, speakers, sensors and LCD display for showing the rpm. As most of the parts of the car are 3D printed, so to assemble the different parts some hardware is required.

For the most part of the Flutter scout a build surface of 150mm * 150mm is used for the printing. It is printed on the heating bead using PLA. Most of the parts are 20% to 30% infill, while the drive shafts, steering pins and gears are 100% infill. For extra adhesion the cover and electronics bay are printed with a brim. The parts of the front end are printed first. There is a two wheel assembly and centre frame in the front end. The bearings and drive shaft is placed into the bearing assembly. Each wheel assembly contains a tire and 2 hub plates. The motor and drive shafts are held by the rear frame. On the both ends of shaft, gears are installed. The larger gear is installed on longer end while the smaller on the smaller end. The wheels are then assembled by setting them in the hub. Then the electronic arrangement is done by setting the wires of servo motor and its connection to the battery. The whole flutter board is then given the connections accordingly. After that remote controller wireless board is connected to the battery. After the whole assembling, lid is attached to the car. This design is an open source design, consist of many parts. Through stl files one can have these parts 3D printed.  The link of the files for the parts of flutter scout is below.

6 More printable tools worth adding to your workbench