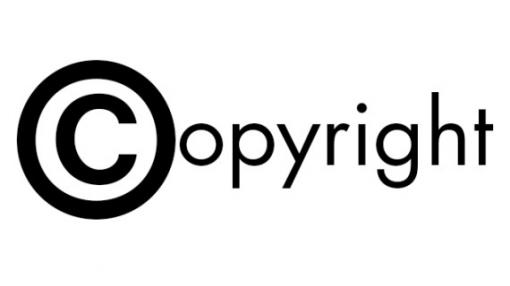 By Diana Segura Last updated Feb 4, 2020
0 122
Share
Contents hide
1 Authentise: a game-changing company that wants to stream 3D files to your printer to end up with plagiarism.
1.1 3D printed files streaming Concept
1.1.1 How it works
1.1.2 SendShapes is not a 100% solution to stop the printing of 3D desings with no authorization in a near future

Authentise: a game-changing company that wants to stream 3D files to your printer to end up with plagiarism.

Have you ever wanted or tried to protect 3D printing designs of your own? Lack of efficient Copyright tools its a well-known problem around Makers. Hence, more than one person has had some problem related to property rights for their designs.

More outstanding, several companies are currently trying to control the sharing of 3D design files, allegating violation of copyrights. In the same path, there was a case with HBO that demanded nuProto to stop printing docks for iPhone with designs inspired by Game of Thrones.

Even Shapeways hired a lawyer after several incidents in which different companies claimed that the designers, who used their services and online catalog, had violated their copyrights.

While writing this post, I remember a similar problem when the Music industry was affected due to Napster’s end.

People was mad about closing Napster. Many of them said that music artists make enough from their concerts and live shows. Now, it seems that 3D printing industry may suffer a similar change.

We already know platforms like Spotify and Netflix, which are useful streaming services for music and video. Now, I will briefly explain how Netflix Streaming works:

First, when a user wants to watch a movie or series on Netflix, a system receives is this request and returns to the device that made the request a stream of video images so the device does not store any data of the video file. Therefore, you can’t download a video file.

Similarly, Authentise, a startup based in Mountain View (USA), wants to stream 3D designs to prevent unauthorized reproduction of files.

The company developed a software (initially dubbed SendShapes) that focuses on increasing intellectual property and integrity protection in digital manufacturing through streaming.

“You do not receive the raw design file, so you can not copy, or share it.”

Authentise’s method is similar to Netflix’. It sends instructions to the printer on how to deposit the material to produce the object according to a design. Once the object is completely 3D printed, the printing instructions are discarded instantaneously, resulting in a product without any digital representation of the design. Something like destroying the gcode once the printing finishes.

The patent closes the loop in remote in-process amendments by integrating watermarks in the verified parts.

“We are already in conversations with several people about the possibility of using technology to allow buying designs online, with functionality similar to iTunes,” says Wegner.

SendShapes is a preview of this software and it will be launched next month. To get a design, you must download a small software for streaming files to a 3D printer.

Obviously, it is very difficult to control files hacking and there will always be a new way to steal designs and profit from them. Even Wegner admits that Authentise is not a 100% effective method to solve this problem.

However, Authentise purpose is to use its technology only to offer easy and more ettractive alternatives for 3D printing than the use of unauthorized designs.

Michael Weinberg, a staff attorney at Public Knowledge, who works on intellectual property issues related to technology, says that a market for technology like Authentise’s is likely to be created when Technological improvements will lead more consumers and businesses to buy 3D printers or use 3D printing services.

However, such technology will have to be carefully used. And it points out the failed attempts of the music industry to control the practice of file sharing by embedding protection against copy or DRM in music files. In fact, main music download services no longer use this technology.

“There are situations in which a protected distribution chain can be very useful,” says Weinberg. “Think of someone who wants an original spare part for something that has been broken.” A person in that situation will want to be sure that the design he receives is the authentic one.

Airbus will receive titanium powders from AP&C for use in metal 3D printing.

The ELEMENT line of Metal FFF 3D Printers is now available from 3DGence.

INFINAM photopolymers from Evonik for industrial AM