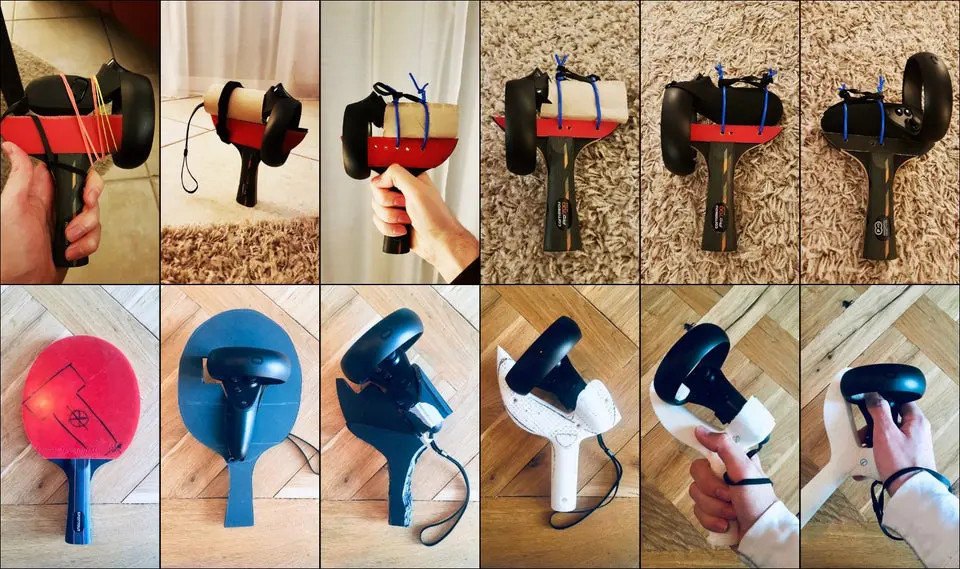 Games on the Oculus VR promise n immersive gaming experience. It is build to provide realistic VR gaming experiences. Sometimes the experiences are not complete without the controller feeling like an actual gun when playing a first-person shooter game or a lightsaber or in this case a tennis racket.

Replicating the feel of a real racket in the VR table tennis game Eleven has pushed two mechanical engineers, Florian Auté and Alexis Roseillier, to develop a 3D-printed paddle, grip, and holder for an Oculus Touch controller.

The two found a way to integrate a table tennis racket to an Oculus VR controller. The team started development in January and posted a video of their finished work Youtube.

The final result is a 3D printed racket/paddle holder that securely holds an Oculus Touch controller, while also positioning the center of gravity to more closely match a real table tennis paddle.

The total weight of the device is about 167 grams. Ofcourse it may varry depending on the printing material used the type of AA battery in the Quest controller. The paddles does not block the controllers buteons, they are still accessible while locked into the 3D printed mount. The tracking remains stable while in the grip, according to Auté, and it can also be used with the table tennis shakehand grip, where your index finger is placed on the back of the paddle.

The duo posted the schema or 3D model for the grip online free to download on thinigverse, an online library where users can upload the files for 3D models they’ve created.

You can download the grip on the Thingiverse listing now with instructions included on the page. It works with the second generation of Oculus Touch controllers which ship with both the Oculus Quest and Oculus Rift S headsets. An earlier 3D print was made by different creators for the original Oculus Rift Touch controllers.

3D Printing Stocks Fell As Much As 16% in February