Harry Potter and the 3D-Printing Wizard

The Harry Potter saga has 20 years and gave us amazing stories about witchcraft and friendship. And now we have Fantastic Beasts saga with fresh prequel stories to amaze us for years to come.

Inspired by that, I will list some models for you to print and start your Harry Potter collection.

Ps.: If you never watched Harry Potter, go watch it. Spoilers may be found on this post. =D 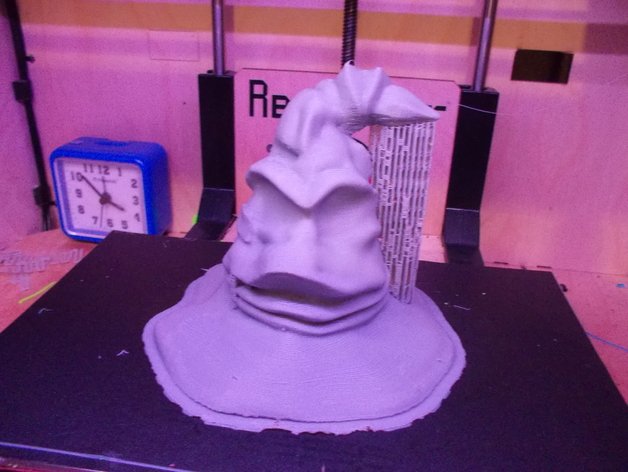 One of the first magic creatures(?) introduced to us on the Potter universe is the Sorting Hat.

This model was designed by Perry Angel.

The hat has the goal to seek to the kid’s mind and choose the House that the student will go. Gryffindor, Slytherin, Hufflepuff, and Ravenclaw.

And since we are talking about the houses… 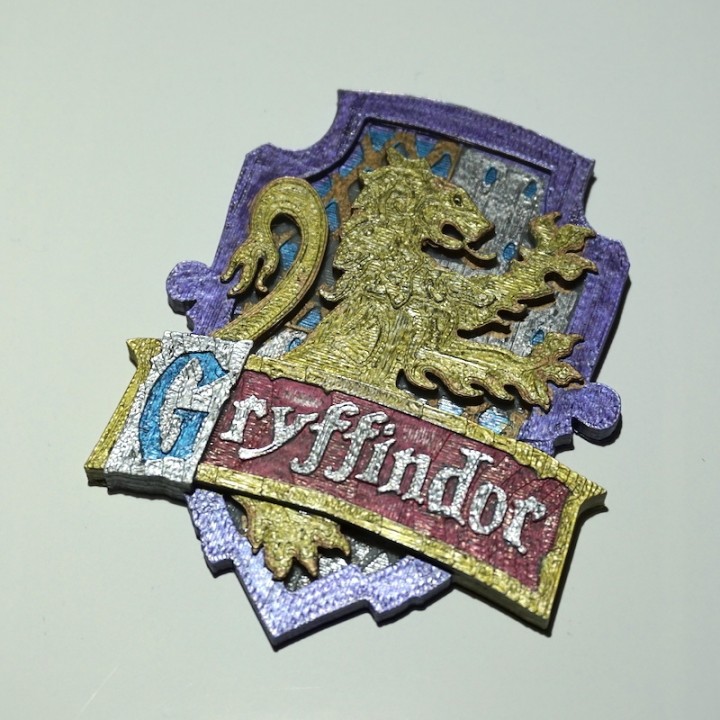 This sequence of badges, with this amazing quality of the design, was made by Andrew Foster. The photo on the left is the Gryffindor badge with a proper sanding and painting. Awesome right?

After the badges, let’s talk about wands?

“A wand is the object through which a witch or wizard channels his or her magic. It is made from wood and has a magical substance at its core. Wands made by Ollivander have cores of phoenix feather, unicorn hair or dragon heartstring, and are of varying woods, lengths, and flexibilities.“ Source: Harry Potter Wiki

But because we are on the 3DPrinting world, our wands won’t be made with phoenix feather, it will be done with our special filaments and skills of finishing.

For the purpose of this list, I will show you 3 wands:

Those are the main wands featured in Harry Potter’s universe. The Endel Wand that was Dumbledore wand, until it passes off to Malfoy and then to Harry(That throw’s away…). Voldemort wand, that was used to cast a lot of the unforgivable curses… AVADA KEDAVRA! Do you know that most of the spells on Harry Potter derive from Latin words? Last for not least Harry’s wand… That was sadly broken during the escape from Death Eaters on the first Death Hallows movie, however, it allowed us to discover that this wand and Voldemort’s were kinds of twins, since they core have the same phoenix feather. This 3 awesome models, was designed by the same guy, Mieszko Lacinski. He has a few of models under his account, that worth a look.

What about busts? I have a few for you.

Oh, Dobby, the magical elf that made everyone cry during the events of Death Hallows… It was one of the deaths of Harry Potter’s that no one likes to accept it. “Dobby never meant to kill! Dobby only meant to maim, or seriously injure! ” This amazing model was designed by Vasilis Katsaros. He has a few bunch of models under his account that you may take a look.

Now Dumbledore and Harry’s bust was designed by Tanya Wiesner, and Dumbledore once said: “It does not do to dwell on dreams and forget to live.”, and now we have our chance, to make our dreams come true with 3DPrinting. Our dreams, our ideas, our wishes, most of them can be turned real with 3DPrinting.

On the Snitch, we got to know it on the first Harry Potter Movie. Harry swallows it, and make Gryffindor win the game for the first time in years, making Slytherin berried in shame.

This awesome design was made by Dan Porter. And the photo of the left is a painted Snitch made by Dominic Chin and is featured on the Community Prints on the link of the model, it totally worth a look to the other photos posted by Chin.  Awesome, right?

And now, Time Traveling… Everyone thought at least one time in life to be able to do time traveling… Most of them to be able to fix mistakes or made different decisions… But as learned with Doctor Who, we can’t mess with time. However, Harry and Hermione were able to save a couple of lives with:

“I mark the hours, everyone, Nor have I yet outrun the Sun. My use and value, unto you, Are gauged by what you have to do.“ This is the inscription on the Time Turner that Hermione use’s in the third movie. This great model was designed by Leo Hansen, who knows? You may print it and use one of the wands and try to travel in time…

What about a reinvention of BeerPong?

This reinvention of Beer Pong is a clever idea from Jon Cleaver, the same guy that I featured most of Pickle Rick models on my previous post. On the description of the model, you can see a video explaining how the game works. Get some friends and a 3DPrinter and try to not cast drunk spells.

Now, for your toilet, you probably will need one if you play the Quidditch game…

A simple model to make a magic bathroom. If you really play the Quidditch game, your toilet will see some magic.

This model was designed by Danny Evildan. He has a few lithophanes under his account, including one of Hogwarts that worth a chance on your 3DPrinter.

I never played chess, and I don’t think that Wizard Chess it would be easier, however, this model was well designed by NinjaBob3211 for a Tinkercad competition. At least on this one, no one will get hurt…

That’s all folks! Let me know on the comments below what you think about this post!

See you next time!