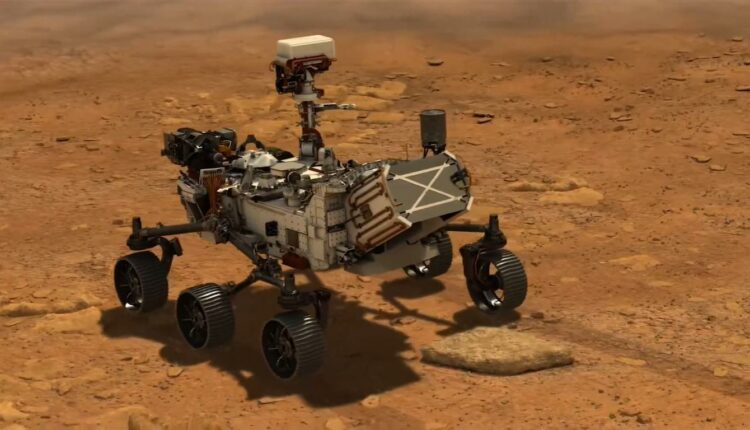 Bacteria Could Be Used In 3D-Printed Martian Structures

Mars has “captured our collective imagination quite like no other planet,” according to NASA. In recent years, the focus has shifted from lunar exploration to the race to Mars.

The more ambitious of us want to colonize the Red Planet, and we need to build livable structures.

To better understand this process, scientists at the University of California, Irvine have investigated how cyanobacteria in Chile’s Atacama Desert absorb nutrients from rocks.

Contents hide
1 3D printing structures on mars
2 What could this possibly mean?
2.1 Related

They discovered that these bacteria can change the characteristics of the rocks, and they think this could be used for 3D-printed construction in hostile environments like Mars.
To examine how microorganisms can alter natural minerals and synthetic nanoceramics,

They discovered that cyanobacteria can dissolve magnetic iron oxide particles within gypsum rocks, changing the magnetite into oxidized hematite and that these biofilms can alter the properties of naturally occurring materials.

They carry out this action to generate the minerals they require for photosynthesis to function.

When the researchers discovered this,

they questioned whether these biological processes could be changed to help humans survive in hostile environments.

What could this possibly mean?

The experiment demonstrated that cyanobacteria can be used to alter the characteristics of both organic and synthetic materials and as a result,

the researchers are optimistic that the natural processes of microorganisms may one day be used to produce large-scale additive manufacturing in harsh environments,

such as on Mars.

Professor of materials science and engineering at UC Irvine David Kisailus offered the following explanation of the significance:

“I call it ‘lunar forming’ instead of terraforming.

Instead of spending money on hiring people to build something on the moon,

we could use robotic systems to 3D print materials,

which would then be reconfigured into something useful by microbes.

Without putting human lives in danger,

this could be done.
Additionally,

he added, “This is the focus of my lab’s research on biomimetics and nanostructured materials.

When nature has perfected something over hundreds of millions of years,

why try to invent it? said Kisailus.

secrets and blueprints to meet our needs.

This is not the first time 3D printing buildings is being considered in space.

NASA has already provided $57.2 million to ICON this year to support its research into the viability of habitable structures with adequate thermal,

3D printing will likely keep playing a part as research shifts towards long-distance travel to Mars and permanent human presence on the Moon.

Biomedical devices are being studied by scientists using 3D printing, which “opens up new possibilities.”

3D print your heart out this Christmas!