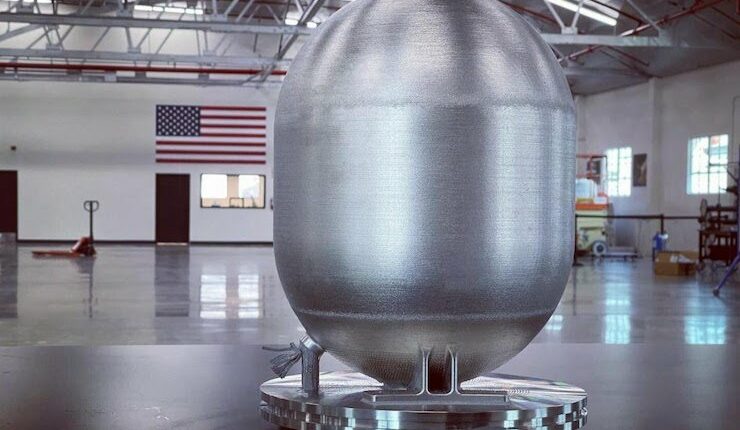 How quickly humanity has increased the number of payloads delivered to orbit is astounding when you consider the growth in space launches over the past ten years.

and optimized launch vehicles by utilizing the most cutting-edge manufacturing technologies.
Especially in contrast to the rockets we saw in the 1970s and 1980s,

these launch vehicles are sending payloads to space for a great deal less money.

The price to launch a kilo into orbit has decreased by as much as 90% for many contemporary rocket engines.

Many of these cost reductions are the result of new manufacturing methods.

Others have been made possible by innovative designs.

The most effective orbital launch systems mix the two.

many people might not be aware of the significant role that 3D printing is playing in the production of next-generation rocket engines.

These 3D printers for plastic do not resemble the standard consumer models.

Instead, some of the most advanced rockets on the market today have intricate geometries that optimize performance and are made from impressive 3D-printed metal alloys

thrust chambers, and nozzles with regenerative cooling are a few examples of the applications.

Even established space agencies like NASA are looking into 3D printing as a way to spur innovation.
It is safe to say that 3D printing is vital to humanity’s ambitions to colonize Mars,

travel to other planets, and explore space.

Aerospace engineers can now produce parts without altering their designs for the sake of manufacturability thanks to metal 3D printing.

because they are just too complicated or expensive to be reliably manufactured using traditional manufacturing methods.

With 3D printing for metal,

engineers are not bound by those limitations.

However, this technology is also used to make parts for satellites and spacecraft,

in addition to engines.

A leading example of a firm using 3D printing for both rocket engines and spacecraft is Launcher, a Hawthorne, California-based startup in the space industry.

On board SpaceX’s Transporter-6 mission just this month,

The system was created to put satellites in orbit precisely and inexpensively.

Previously, to complete this task, a dedicated launch was needed,

which could cost up to 10 times as much as a rideshare launch.
Aluminum F357,

titanium 6AI-4V, and Inconel 718 were all used extensively in Orbiter as 3D printed parts

(a nickel-based super alloy that is capable of operating at very high temperatures).

The 3D-printed parts were selected because they could perform better or have a shorter lead time.

One of the main advantages of 3D printing in creating space applications is the ability to iterate quickly.

For modified parts, you can simply alter the design file and print a new version as opposed to creating new tooling.

Metal 3D printing enables the business to quickly ramp up production after designs are completed.
One of the main forces behind space innovation in the upcoming ten years will be the 3D printing of metal.
In addition to Orbiter, Launcher is a shining example of how technology is enabling businesses to have a significant social impact.

a staged-combustion engine that powers the first stage of its light launch vehicle.

With this high-performance engine,

a small, inexpensive rocket can launch a comparatively large payload.

It will have been made possible by 3D-printed parts when humanity eventually reaches Mars.