The 3D Additivist Cookbook recently was published for free online, after a long hyped period of editing and collecting.

The Cookbook is a compilation of different essays on a wide range of topic in 3D printing. The Additivist Cookbook started with the Additivist Manefesto in March 2015 with a call by Morehshin Allahyari and Daniel Rourke for papers about 3D printing.

The final result was published online for free as a 3D PDF format document, along with a corresponding archive of .stl and .obj files that can be downloaded with torent clients.

The Cookbook starts off on a positive note with its opening article, “Man Made” by Ami Drach and Dov Gachrow. In this article the authors integrate Stone Age flint knapping with 3D printing. The result is Stone Age flint axes joined by a 3D printed joint to a wooden handle. While the authors do not test their hybrid tools in the field, it is an interesting way for 3D printing to be used in constructive / restorative archeology.

Having written about 3D printed guns,  I had to laugh at “Liberator Variations”  by Kyle McDonald. This article takes the Liberator gun file and trolls the hell out of it. The results are absurdist prints with a pistol grip on them.

If you are a parent, you know how expensive building toys like Lego and Kenetics can be. “Free Universal Construction Kit” by Golan Levin and Shawn Sims has created a set of adapter bricks that connect Lego, Duplo, Fischertechnik, Gears! Gears! Gears!, K’Nex, Krinkles (Bristle Blocks), Lincoln Logs, Tinkertoys, Zome, and Zoob.

This set of adapters do violate the trademarks of the various companies, which fight daily with open source sites like Thingiverse to take down hacked bricks all the time. The Universal construction kit provides flexibility between the different toy systems, giving family’s far more use out of their expensive building toys. The Universal kit also shows how the open source movement openly shares and circumvents the intellectual property rights of large cooperation’s.

The original 3D Addivist Manifesto also called for 3D printing to be used as a tool of protest and subversion, with absolute disregard for Intellectual property laws and other laws.

“MeshBombing” by Jason Ferguson gives an overview of how to scan and reproduce proprietary works of art (like the bust of Nefertiti). If you’re so bold, you can put your reproduction next to the original (and mesh bomb) the original work of art.

“Urme Recipes: Cooking with Privilege” by Leo Selvaggio develops methods of 3D printing mask to hide your identity at a protest. It proposes 3D printing a photorealistic mask of the author to mask your own identity, confuse police databases, and use white privilege to protect minority protestors.

“How Not to Read (A recipe using DCT)” entails a message encryption method to hide a message inside of a JEPG image. While similar methods have been around for years, it would be interesting to see if the same could be hidden inside of a 3D print file. I can see a future were a message can be hidden like a microdot into the print matrix of a file.

The Additivist Cookbook also shows its roots from the liberal art zines found littering liberal art colleges. Many of the articles read like someone went through art magazines; got baked on skunk weed and PBR, and then cranked out a mix-up of whatever diatribe spewed out of their condescending mouths.

“Writing the Post-Toupee: 3D Addititivism as Provocation” by Simon Clark writes about making a head piece that dispenses cat shit yogurt. It also talks about copying the sex dance of the Peacock Spider. There is no mentioning of 3D printing in the article at all, nor does it have any relevance to 3D printing. It feels like the cookbook editors took an AI chat bot and programed it to write crap to troll the Cookbook.

“Surface Breeding” by Belen Zahera talks about creating new shapes or breeds of animals, or turning them into artistic objects that do not resemble their original forms. The result is a horse that is turned into a fur covered lump.

“Shiv Integer” by Julien Deswaef and Matthew Plummer Fernadez is about a bot program they wrote to take files from Thingiverse  and mix them together in random ways. While this was done to deter patent trolls, it upset the 3D printing community with the flood of bad and unprintable files it unleashed on the internet.

Overall the 3D Additivist Cookbook is a mix of the good, the bad, and irrelevant articles. It is not organized anything like the original Manifesto, nor is it coherent enough to make much sense as a whole. I was hoping for something more organized and actually relevant to 3D printing, not a liberal arts rag; the gem articles in the Cookbook are too far buried under crap written by pretensions art majors armed with a thesaurus and no writing skills. If I paid for this I would ask for a refund. The Cookbook has some potential if it would look for writers outside a liberal arts college.

I hope in the future that new revisions of the Cookbook will publish more pertinent articles on actual 3D printing. It is hard to read the Cookbook as a whole, and individual articles in it are unreadable waste of bandwidth.

DISCLAIMER : Consult with a lawyer before performing any of the questionably legal actions described in the Cookbook. 3D-PT does not condone or condemn any of the actions listed, but you are responsible for your own actions. 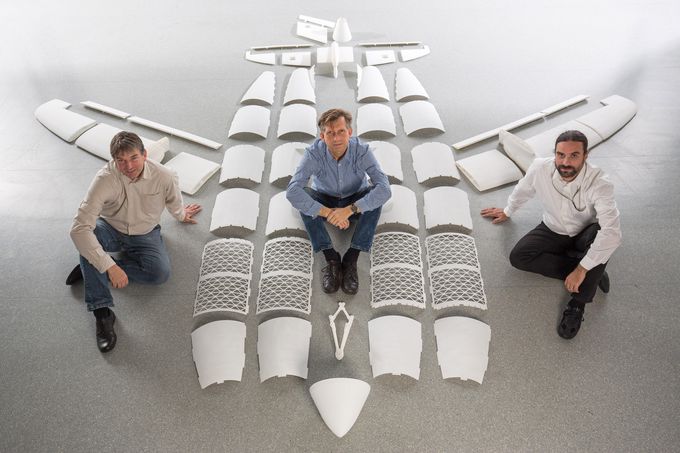